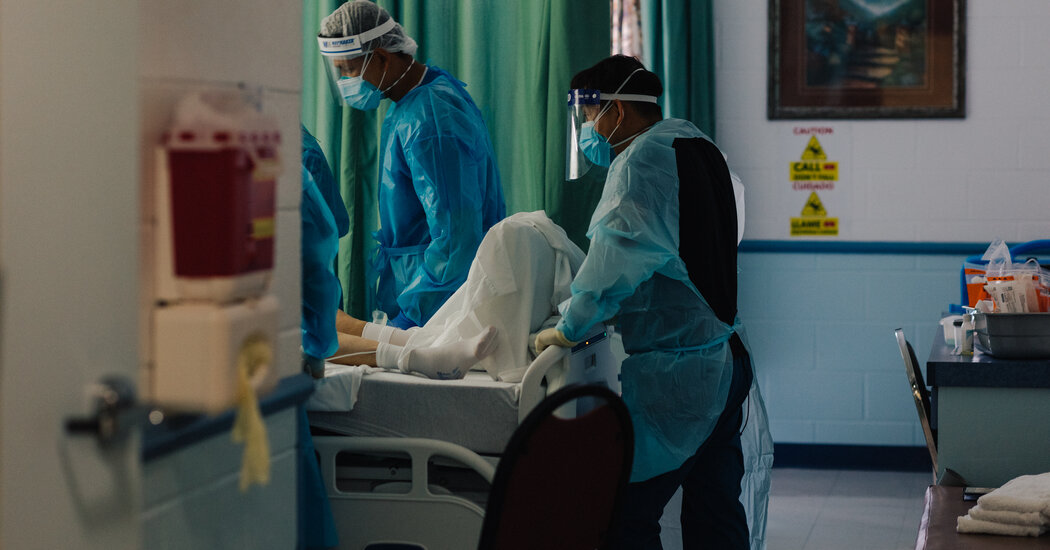 Mr. Vela and other congressional Democrats in Texas have criticized Gov. Greg Abbott’s handling of the state’s reopening. When Mr. Abbott, a Republican, reopened the state in phases beginning May 1, he lifted the state’s stay-at-home order and prohibited local officials from adopting their own. After cases increased, Mr. Abbott paused the reopening, ordered bars to close and issued a statewide mask mandate for most Texans.

“Shutting down the bars isn’t enough,” said Mr. Vela, who called on the governor on Thursday to issue stay-at-home orders in hard-hit counties or allow local officials to put them in place.

On Thursday, Mr. Abbott met with officials in the West Texas city of Lubbock and warned the public about what he called “Covid fatigue.” In remarks to reporters, he urged Texans to continue to wear masks and practice social distancing. He was without a mask as he spoke, sitting near several local officials at an indoor news conference.

“If people do not continue to, in a very disciplined way, maintain the highest level of standards, what you will see is an acceleration of the expansion of Covid-19,” the governor said.

The virus has had a scattershot effect in Texas, with some regions seeing rising numbers and others reporting a decrease in cases.

Of the state’s 254 counties, only three have reported zero cases — Loving, King and Borden — all of which are small, rural areas in West Texas.