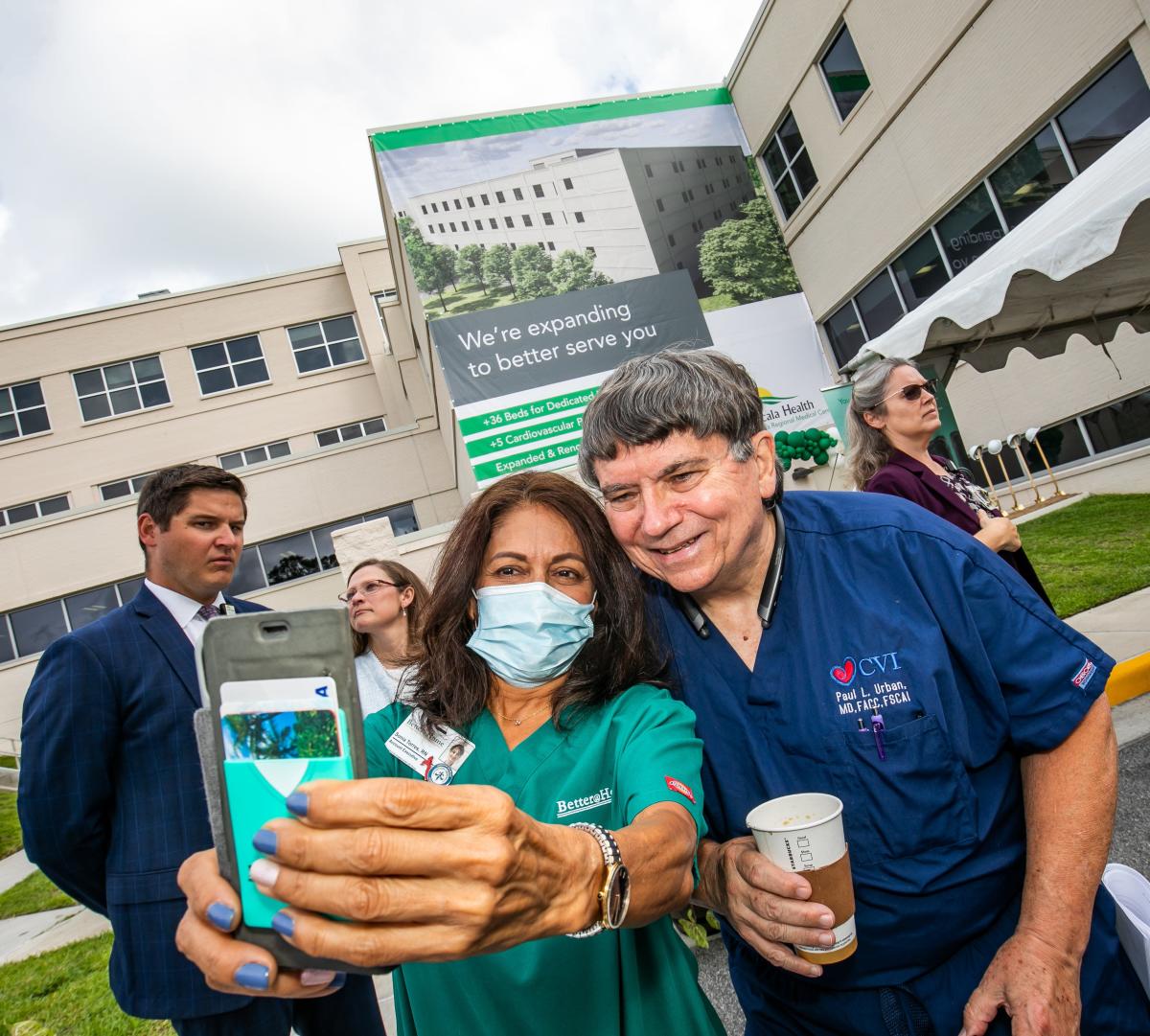 With a growing population in Ocala and Marion County, real estate and business development have kept pace throughout 2021, and so has health care infrastructure.

From 2010 to 2020, the U.S. Census showed, Marion County grew 13.5% to nearly 376,000 people, and health care organizations like AdventHealth, Ocala Health and UF Health have all expanded this year or made plans for future expansions to serve the medical needs of the developing population.

Here is a review of the changes to the health care landscape of Marion County that took place this year or are slated for the future.

Weekly COVID-19 update: Marion County’s COVID-19 case count is on the rise, and positivity has increased to 5%

AdventHealth, the health care company that operates AdventHealth Ocala, first made news in April with the purchase of the former BMW, Porsche and Volkswagen dealership on State Road 200 for $4.5 million.

The nonprofit announced its plans for the site in the fall, which included total demolition and construction of a 25,000-square-foot one-stop shop for medical needs. It will be known as AdventHealth Care Pavilion Heathbrook and will have full imaging, a laboratory, a pharmacy, primary and specialty care, a café and kids club.

Senior Executive Officer of Non-Acute Services John Johannessen said the estimated cost is around $22 million, and the building is planned to be finished around August of 2022. After Heathbrook, the goal is for two more care pavilions in the Ocala area to be completed around mid-2023.

“As we got to Ocala and Marion County back in 2018, I remember making the declaration that it was our intent to help health care achieve a new level, to really help elevate health care in our community,” AdventHealth Ocala’s chief executive officer told the Star-Banner previously. “That has been our single focus, our very strong motivation all through this.”

AdventHealth will also have control of a former Marion County ambulance depot totaling 4,537 square feet following a land swap between the county and Marion County Hospital District, which leases the hospital to AdventHealth. Its plans for the space have not been announced.

The $65 million renovation focuses on a new neurological intensive care unit and five cardiovascular procedural suites. The project will add over 49,000 square feet to the third floor of the building and renovate another 10,000.

A total of 36 inpatient beds will be added by the expansion’s completion at the end of 2022, bringing the hospital’s total bed count to 323.

West Marion on State Road 200 is also in the process of a $33 million expansion that will include a 36-bed rehabilitation unit, emergency department expansion and additional parking. Its expected completion was initially slated for August 2022.

Ocala Health is part of HCA Healthcare, which also plans to build a 60-bed hospital in The Villages, which spans Sumter, Lake and Marion counties, in the future.

University of Florida Health made news in 2021 with plans for multiple new facilities that will extend the medical network’s existing reach in Marion County.

UF Health purchased around 27 acres in Summerfield in south Marion County in October, paying around $2.21 million for the property west of U.S. 441.

While the health care organization has primary care and specialty practices in the Ocala area, it has not disclosed plans for the land. Instead, it will “continue to evaluate how to best align UF Health’s clinical, research and education efforts to best meet the needs of the local community,” according to a statement.

In west Ocala, just east of Interstate 75, UF Health is also planning a 171,000-square-foot neighborhood hospital, emergency room and clinic. A second, third and fourth phase of the project will add another 30,000 square feet each and make room for medical and professional offices.

The City of Ocala’s planning and zoning commission approved the plan in November, and the City Council must also approve the project, called the UF Health Ocala Neighborhood Hospital Complex.

The Villages is planning a $100 million wellness complex that will also be anchored by a UF Health hospital.

Heart of Florida, a nonprofit that serves medical needs of underinsured and low-income groups, opened a stand-alone drive-thru pharmacy in August on South Pine Avenue at the site of a former Wendy’s.

The organization is also expanding its clinic in Dunnellon with American Rescue Plan funding. Over $700,000 will go toward adding six exam rooms to the existing four, as well as a third health care provider.

Furthermore, Heart of Florida is planning to add a mobile unit for pop-up clinics and vaccinations, a 42-foot mobile medical and dental unit and a transportation vehicle to its fleet.