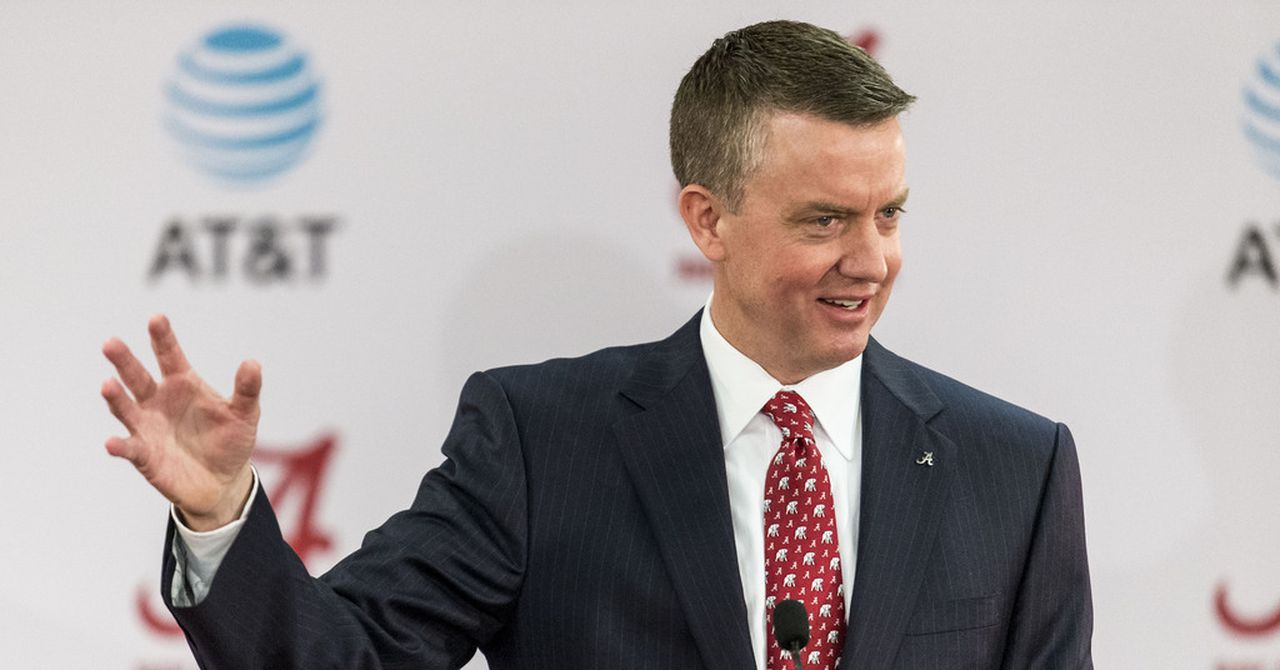 While other leagues nixed football for the fall, Alabama and the SEC are pushing forward. Practice officially begins Monday in Tuscaloosa ahead of a Sept. 26 opener.

Of course, the COVID-19 shadow looms and plans remain subject to change. Alabama athletics director Greg Byrne on Thursday did his first Zoom news conference with local and national reporters since March 19 with the health of athletes a main talking point.

While noting the Big Ten and Pac-12 “made the best decision they could at the time” when canceling fall sports Tuesday, the SEC is opting to take its time before reaching a final verdict.

Byrne addressed some of the major concerns from a health standpoint, and recently, it’s been the heart condition myocarditis. Linked to COVID-19 survivors, the inflammation of the heart tissue has been an issue for several college football players nationally.

“I can tell you right now we have not had a case of myocarditis,” Byrne said. “Can I tell you unequivocally it won’t happen? No. But that would be disingenuous but as of right now, that’s where we are with it but it’s something we are monitoring closely.”

On the issue of testing in general, Byrne again said they were not going to reveal how many positive tests have been recorded among athletes. The AD cited medical privacy laws. Nick Saban told ESPN this week that Alabama football players had a 2 percent positivity ratio since the Fourth of July.

The topic of thresholds for positive tests within a program was also discussed.

“There have been discussions about that,” Byrne said. “There is not a firm policy in place. I think that’s something that, from a myocarditis standpoint, no. From everything else, I cannot — I’m not trying to be misleading at all — I just can’t give you a good answer on that one right now but those are discussions we’ve had.”

And what about the protocols for isolating players in contact with a COVID-positive individual? Could a whole team be put in quarantine?

Byrne said they are doing contract tracing using an outside entity and following CDC guidelines.

“When the time comes, whatever the contact tracing tells us to do is what we will do and what we have done,” Byrne said. “There’s a lot of different scenarios with that on what happens through the contact tracing process and we’ll do our best to adjust with whatever is presented to us.”

Ultimately, this whole process is a logistical challenge without a blueprint.

Byrne said they can’t exactly create a “bubble” on a college campus, but the athletes are under their “umbrella” in a sense. Some will have online-only courses while others have hybrids that mix in-person and online learning.

“I don’t think there is an easy answer either way,” Byrne said. “I think sometimes you hear a narrative of ‘How can you get to no risk?’ Well no risk, the only way you have that is to isolate everybody. That’s it.”

Byrne noted the return of other major sports like the NBA, NHL and Major League Baseball.

“And not to say it’s perfect and there aren’t going to be bumps along the way, but they are learning,” he said. “For instance, I haven’t been about to follow it too closely because of my schedule but I think baseball had some bumps along the road once they got going, if I’m not mistaken and they probably learned from those issues that have come along too just like all of us are doing, no matter what the situation is and no matter our industry. Trying to learn and grow and get better is how we deal with this very challenging virus.”