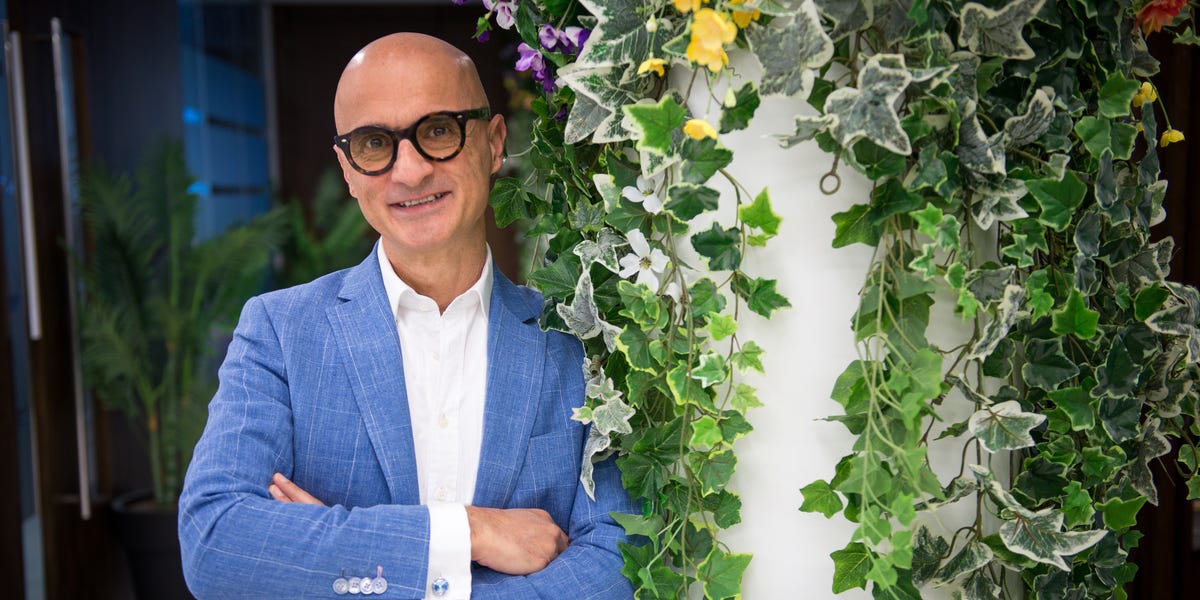 $2 billion telemedicine startup Babylon Health is making a major push into the US, hiring three new senior executives and aiming for $1 billion in revenue in 2021.

“Our goal is that by the end of this year to have signed enough contracts to be a $1 billion revenue business,” CEO Ali Parsa told Insider, adding that he making this forecast “cautiously” since the firm is making “around $15 million a month” in revenue currently. Babylon Health has a complex corporate structure, but UK financial filings indicate the business is still loss-making.

Babylon Health started in the UK, and is best known for its patient-facing GP at Hand telemedicine app. It was founded in 2013, and remains privately funded. The company raised $550 million in 2019, backed by Saudi Arabia’s Public Investment Fund, which gave it its $2 billion valuation.

Parsa told Insider that Babylon is pursuing a different model in the US, mostly working through healthcare insurers.

It already counts publicly traded firm Centene Corporation as a partner, which has invested in Babylon. Mount Sinai Health Partners is another partner.

Parsa said the company had focused on reaching lower-income, difficult-to-reach Medicaid members to begin with.

“The reason we started with Medicaid, it’s basic Christensen way of getting into business, you go after something no one else wants,” Parsa said. “Everybody else was saying, ‘Medicaid is impossible to make money, and it’s hard to get people engaged.'”

He said that Babylon had helped one group of Medicaid patients in Missouri who were struggling to feed their children and overwhelmed with the process of applying for food vouchers. Babylon’s team, he said, focused on helping families get to food banks and helping them fill out forms for vouchers. “It’s a lot cheaper for us to get that organized than to wait until you end up in hospital,” he said.

Parsa indicated that Babylon was making America its primary focus, with 70-80% of its revenue coming from the US.

That shift in focus may make more sense for Babylon.

Babylon has faced heavy criticism in the UK, whose National Health Service (NHS) is state-funded and deeply loved by citizens. Voters are sensitive to any perception that the service is becoming privatized, and tech firms that offer healthcare services in the UK tend to come in for fierce scrutiny.

While GP at Hand has grown to nearly 100,000 users, British clinicians have criticized Parsa’s claims about its much-touted chatbot symptom checker, which has not been independently evaluated. The rapid growth of GP at Hand has also disrupted the National Health Service’s funding model.

Insider reported in 2020 that Babylon had furloughed 5% of its staff during the pandemic. A spokeswoman said the majority of those furloughed had returned to the firm.

Parsa noted that GP at Hand is loved by the patients that use it, and said Babylon remains committed to the UK.

Babylon may be less prone to similar criticism in the US, since both politicians and voters are accustomed to startups venturing into healthcare.

“Teladoc was founded in 2002, while American Well was founded in 2006,” Jeffrey Becker, analyst at CB Insights, told Insider. “These vendors have gone on to build successful businesses and treat millions of Americans each year through their platforms.”

Becker added that the likes of Babylon were “a logical partner” for insurers since they can scale faster. “It is not uncommon for health insurers to partner with vendors like Babylon Health — the expected value in a partnership like this would be improved member retention, improved access to care, and reductions in overall cost of care.”

A spokeswoman said Babylon had between 300 and 350 employees in the US, and 2,000 globally. The business counts 20 million users across its services globally.