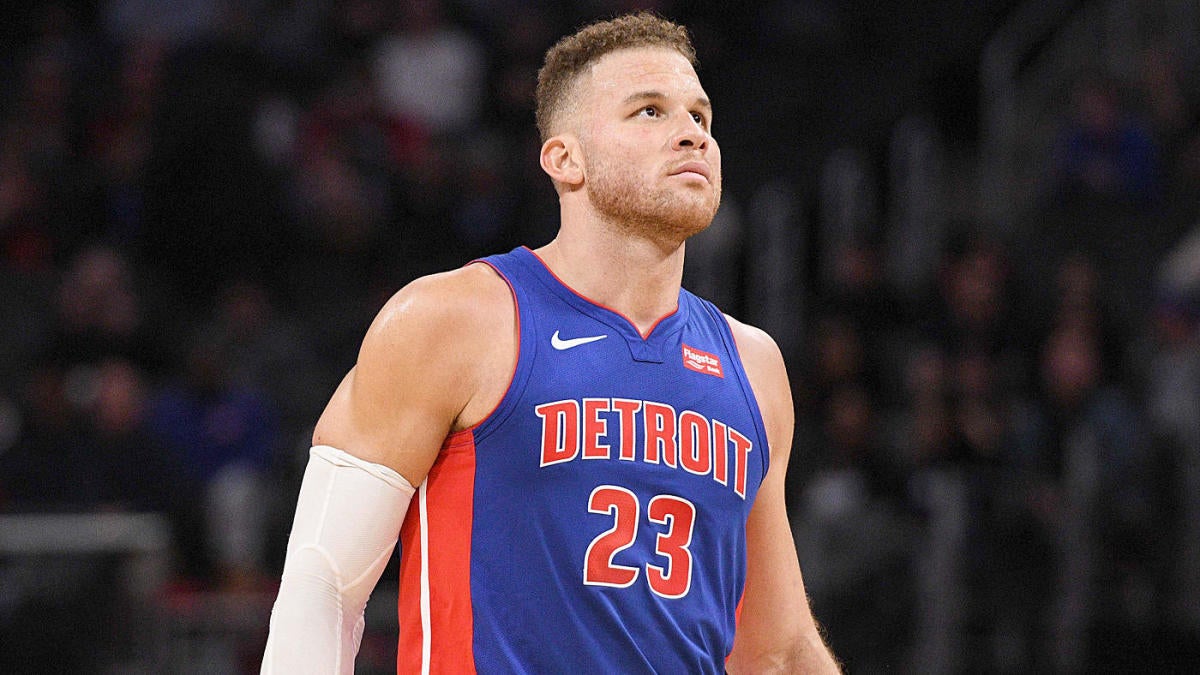 Blake Griffin has existed on every point of the health spectrum. He entered the NBA as arguably its best overall athlete, and was only enhanced by the resources the league offered. World-class trainers, doctors and chefs are a part of professional basketball life, but unfortunately, so are injuries. The Detroit Pistons star has suffered a number of them, including one to his left knee that required season-ending surgery in January. He has experienced just about everything the health and wellness world has to offer, and in the interest of sharing that experience, he is launching a podcast with Audible entitled “Pursuit of Healthiness,” the entire first season of which can be found here.

Each episode of the series features a guest sharing their expertise in a particular field, including Michael B. Jordan on fitness, Chelsea Handler on cannabis and Ariana Huffington on sleep. Griffin spoke to CBS Sports ahead of the podcast’s Tuesday release about his interest in the health and wellness world, the health issues currently facing the NBA and the league’s plans beyond this season. The following conversation has been edited and condensed for clarity.

CBS Sports: I’ll confess, based on your background, when I initially heard you were doing a podcast, I assumed it would be something in comedy. How did you land on health and wellness as your foray into the podcasting world?

Blake Griffin: Since the time I could remember, my mom put such an emphasis on my brother and I growing up in nutrition and health. We were taking fish oil since we were six years old and we were drinking green juices before that really took off. It was just kind of a part of my life, and I was an exercise science major in college, so I continued that when I got to the NBA, just being around great trainers and nutritionists and doctors and physical therapists. I always asked a lot of questions and those conversations were always very intriguing to me, so I’ve sort of always had this passion for it, and being able to talk to people that are literally at the top of their field in these health and wellness categories really excited me because a) I felt like I could learn a lot and b) I think that sometimes this world is intimidating for people because there’s so much information. So I think that having a clear conversation and sort of being the middle man of like, not somebody that’s by no means an expert, but I have a little bit of knowledge and I think that I can bridge that gap for people.

CBS: There was a lot of useful information throughout the series, but like you said, this world can be intimidating. Not everything is going to be realistically applicable for everyday people. Out of everything you learned speaking with these experts, what’s the one piece of advice you would give people to improve their health and wellness?

BG: I think the biggest thing is just knowing who you are. It’s sort of a cop-out, but my schedule doesn’t necessarily work for your schedule, or the way I train doesn’t necessarily work for everyone else. Making sure you set aside time to be thoughtful about it, whether that means lifting weights or walking or just taking a moment to yourself and meditating, I think those are all things that can improve your overall health and overall being. So figuring what those things are for you and how they can fit into your lifestyle, because if you’re sacrificing a lot of time and you’re not able to do the other things that you need to or want to then it can sort of become detrimental. So I guess clearly defining your own definition of self-care is a first step to truly being in tune with a health and wellness perspective.

CBS: Wear and tear was a major topic of the show, so did doing the podcast change your views on load management at all, either for you or for players in general?

BG: No it didn’t necessarily for this season. I’d been sort of rehabbing through some smaller injuries this season, so that was kind of like a conscious effort, and then obviously this season turned to be a weird situation. It does make me think differently, and that’s what I like about this podcast. I’ve been exposed to different ideas and different methods of training and recovery, and that’s really what I wanted to do when I started this podcast, it’s just gathering information, hear people talk about things that they truly believe in.

CBS: On that note, Game 7 of the Finals is slated for Oct. 13. Some of the reporting has suggested that next season could start as early as Dec. 1. As someone who’s played through some playoff runs, is that feasible?

BG: No, I don’t think it is. I don’t see how that’s gonna stand up. I just don’t. That’s not enough time for guys that have not only been playing basketball for the past however many months at that point, but also for guys that have been in this bubble since the beginning of July. Mentally that’s going to take such a toll on guys that once they get out, after the Finals whenever that may be, they’re gonna need more time than that. I don’t think it necessarily makes sense for us to rush into a season with no fans. I’m not sure where we’re at in those talks, but the Dec. 1 start and the Nov. 10 training camp doesn’t really make sense to me.

CBS: Would you have felt comfortable going into the bubble from a health standpoint, had the Pistons been invited?

BG: Yeah, they put out a 120-page report and I read most of it just because I was kind of curious as to like, the protocol and how in depth all of this was gonna be, and it feels like the NBA and the NBPA of making sure that this protocol and these procedures that they put in place were covering most things. And I think they did for the most part, it sounds like they had a plan and multiple backup plans for each situation. They thought about a lot of different things and were very thoughtful about the things that they put into this, so I’m obviously biased, but I think the NBA does a very good job of taking action and sort of being the league that’s like “here’s how we’re going to do this.” I think it was a really good formula. Yeah, I would’ve felt comfortable.

CBS: There has been some talk about a potential second bubble for the teams that didn’t get invited to Orlando. Are you focused solely on getting healthy for next season, or would you consider playing in that second bubble if it comes to fruition?

BG: To be honest, I haven’t really heard any truth to that, so I hadn’t even given that a thought. I don’t know that that’s probably the best route just because, you know, the NBA had to spend a large amount of money to put this bubble together in Orlando, and that’s for the playoffs to continue to happen and finish this season and give people some sort of entertainment, so I don’t know how real that information was about the Chicago bubble. But I’m healthy and I’ve been working out and going hard, so if that ever does come up we’ll revisit that topic then, but for now I don’t know how much truth there is to that.

CBS: One last question, and it’s sort of off topic. We just passed the 10-year anniversary of The Decision. We’ve heard quite about some of the pitches LeBron James heard, but almost nothing from the Clippers. What do you remember from that summer? Did you talk to LeBron at all?

BG: No, so that was back at that point when I hadn’t even played a game for the Clippers yet. I’d been hurt my whole rookie year. You know as a rookie, and like as someone who hadn’t really played, you’re not really a part of decisions or free agency pitches, or at least I wasn’t that summer. I’ve gotta be honest, I knew nothing about that meeting or that pitch. I just sort of remember hearing what everybody else heard. Sorry, I just don’t have any inside information on that. I wish I did.