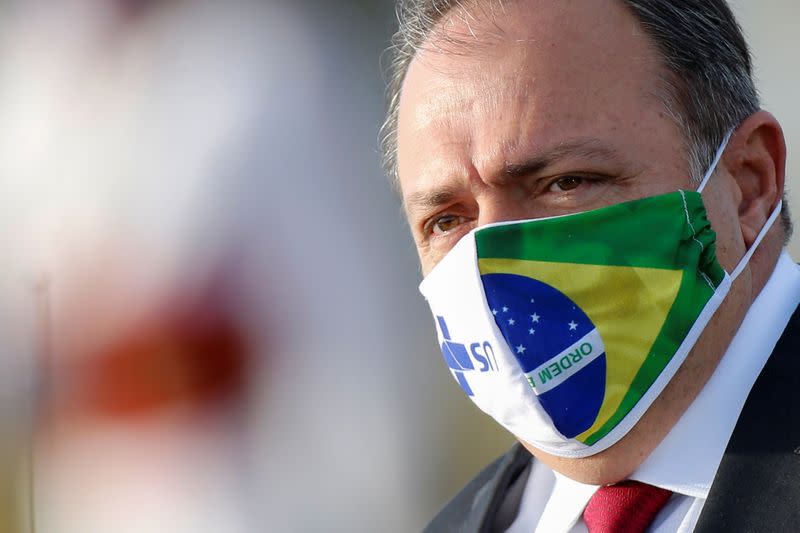 SAO PAULO (Reuters) – Brazil will require more information and talks before it commits to buying the Russian COVID-19 vaccine, which is at a very early stage, the country’s acting health minister said on Thursday.

With the world’s second-worst coronavirus outbreak, Brazil has become a magnet for drugmakers seeking partners to test their potential vaccines – and then produce and buy the successful candidates.

On Wednesday, a Brazilian technology institute said shortly after the state of Parana signed a memorandum of understanding with Moscow that it expects to produce the Russian vaccine by the second half of 2021.

Speaking with lawmakers on Thursday, the health minister, Eduardo Pazeullo, said he took part in a video conference on Wednesday with representatives from national health regulator Anvisa, the Russian embassy in Brazil and the Parana government but said the Russian vaccine was still at an early stage.

“It is just emerging,” he said. “We do not have depth in the answers, we are not able to monitor the data … There will still be a lot of negotiation, a lot of work for this to be effective.”

Nonetheless, he added that “we must also participate” if the Russian vaccine, which has faced skepticism from scientific experts due to a lack of test results, is shown to work.

At the moment, he said, the most promising vaccine is being developed by Oxford University researchers in partnership with AstraZeneca Plc.

AstraZeneca has agreed to sell the federal government tens of millions of doses of its potential vaccine, and has arranged to transfer technology so Brazil can eventually produce it domestically at the Fiocruz institute, in Rio de Janeiro.

Fiocruz has said production of the new vaccine will begin by mid-2021, but experts warn it may take at least twice as long.