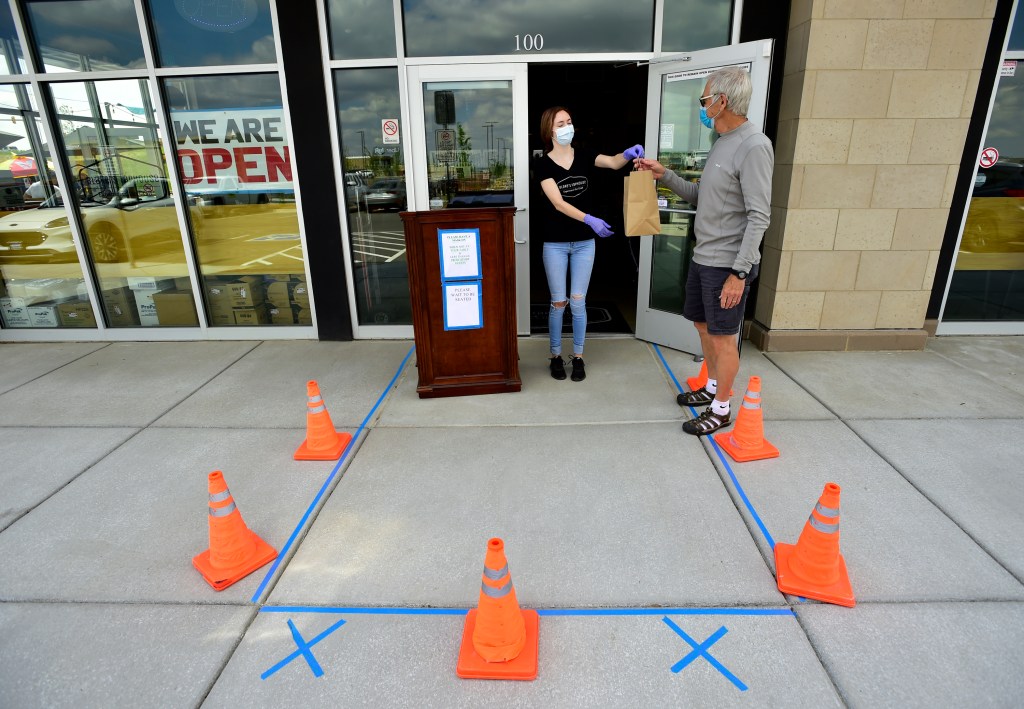 Broomfield is trending in the right direction on all COVID-19 metrics except virus transmission, which is in the “high” transmission category established by the state.

So far the city and county is keeping the variance for which it was originally approved and one that allows indoor recreation to operate at greater capacity than the state public health order.

According to the Colorado Department of Public Health and Environment, Broomfield is trending in the right direction in other areas, including COVID-19 test positivity rates. Broomfield public health and environment staff are monitoring trends daily and participating in weekly check-ins with state officials to determine if additional actions are warranted, according to a public health update presented at Tuesday’s council meeting.

Public Health Director Jason Vahling said Broomfield is operating under the same variance and submitted a mitigation plan July 20 to the state in response to the “high” categorization.

Broomfield’s variance was approved June 14, and the county was categorized as a “medium” transmission county. It was moved into the “high” category in the two weeks prior to July 20, according to the council memo. After an initial decline in the 14-day cumulative case rate during the period of July 23 to 30, case counts rose again.

As of Aug. 4 Broomfield had reported 53 cumulative cases for a 14-day period, excluding long-term care facility cases. The testing positivity rate was 4.2%, which is relatively low, for a 14 day average, excluding facility testing.

“As a state we are seeing that COVID cases are starting to decline again as are hospitalizations,” Vahling said. “In Broomfield we’re not seeing that same trend over a two-week period.”

That being said, Broomfield has been in continued conversations with the Colorado Department of Public Health and Environment, which is looking both at Broomfield’s case counts and positivity rate of testing, which is slightly above 5%.

COVID-19 cases and hospitalizations were on the rise across Colorado last week, according to the memo presented at Tuesday’s meeting. Since that time, there has been a shift downward since the peak of new cases on July 24 (when the 3-day moving average showed an increase of 684). On Aug. 3, there were 315 cases reported in the 3-day moving average.

Education and outreach messages are staying consistent, Vahling said, Broomfield keeps reminding people that to reverse the trend they need to remember the three Ws — “wear your mask, watch your distance and wash your hands.”

One reason for an increase in cases are because of “dumps” of results from labs following delays in testing, Vahling said. It also comes from residents traveling out of state and then coming back. Broomfield is also seeing household transmission from things such as parties, including graduation celebrations, inside people’s homes or in backyards.

Ward 4 Councilwoman Kimberly Groom asked about any trends in tracing and tracking. When the epidemiology team does the patient interview, and then interviews people the infected person came in contact with, the team tries to determine how the the original person contracted the virus (if possible) and secondly how it was transmitted.

In those instances average number of cases are anywhere between three to eight cases and breaking that down into percentages and making definitive statements is challenging, Vahling said.

Ward 3 Councilwoman Jean Lim commented on the fact it was taking seven to 10 days for lab results to come back, which was concerning because, unless people are being conservative and staying home, they could be contaminating “a whole lot of people before they know they’re positive.”

Vahling agreed and said state health officials shared the same concerns with the federal government. Colorado has added additional shifts to the state lab to shorten turnaround times to between three to five days. New technology is also coming out for antigen tests that can produce results immediately.

“While things are looking better week by week we just have to continue to do those things that have been shown to work,” Shaff said.

As people continue to have backyard parties, and as schools prepare to open later in the fall, Broomfield can’t afford a backslide, he said.

As of Thursday, Broomfield reported 482 positive cases, 51 hospitalizations and 32 deaths, according to the city and county’s COVID-19 webste.