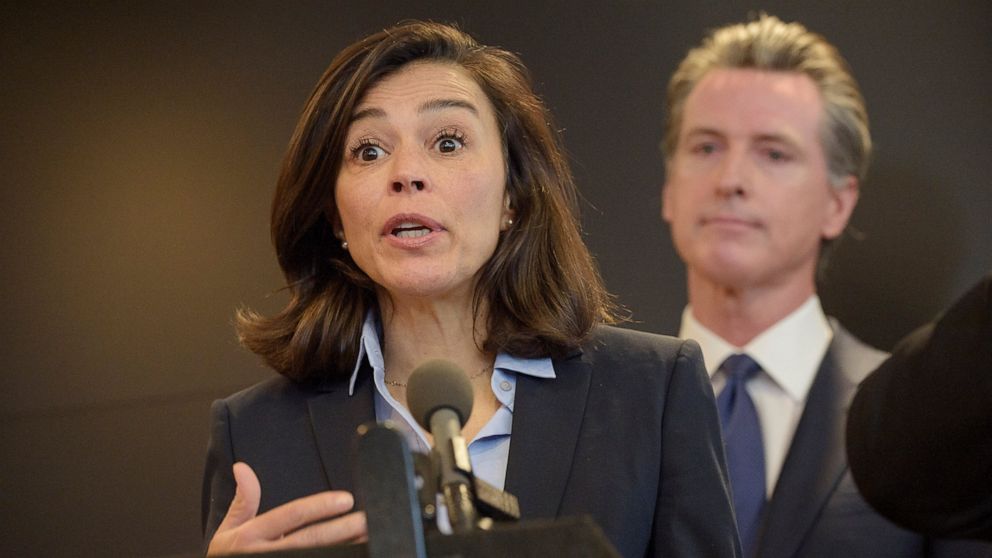 SACRAMENTO, Calif. —
California’s top public health official has resigned, just days after the state announced a fix for a glitch that caused a lag in reporting coronavirus test results used to make decisions about reopening businesses and schools.

Dr. Sonia Angell said in a resignation letter made public late Sunday that she’s departing from her role as director and state public health officer at the California Department of Public Health.

Her letter to staff, released by the California Health and Human Services Agency, did not give a specific reason for her departure.

Angell often appeared during news conferences about California’s response to the pandemic alongside Democratic Gov. Gavin Newsom, who had appointed her to the dual roles.

In a statement, Newsom thanked Angell “for her service to the state and her work to help steer our public health system during this global pandemic, while never losing sight of the importance of health equity.”

Angell’s announcement comes after California Health and Human Services Secretary Dr. Mark Ghaly said the test results glitch caused up to 300,000 records to be backlogged, though not all were coronavirus cases and some could be duplicates. The problem affected the California Reportable Disease Information Exchange, which is also known as CalREDIE.

“I am grateful to Dr. Angell for her service to the people of California,” Ghaly said in his statement late Sunday. “Her leadership was instrumental as Californians flattened the curve once and in setting us on a path to do so again.”

COVID-19 cases topped 554,000 in California on Sunday, state officials said. There have been more than 10,200 deaths statewide, with the great majority in Los Angeles County.

For most people, the coronavirus causes mild or moderate symptoms, such as fever and cough that clear up in two to three weeks. For some — especially older adults and people with existing health problems — it can cause more severe illness, including pneumonia, and death.