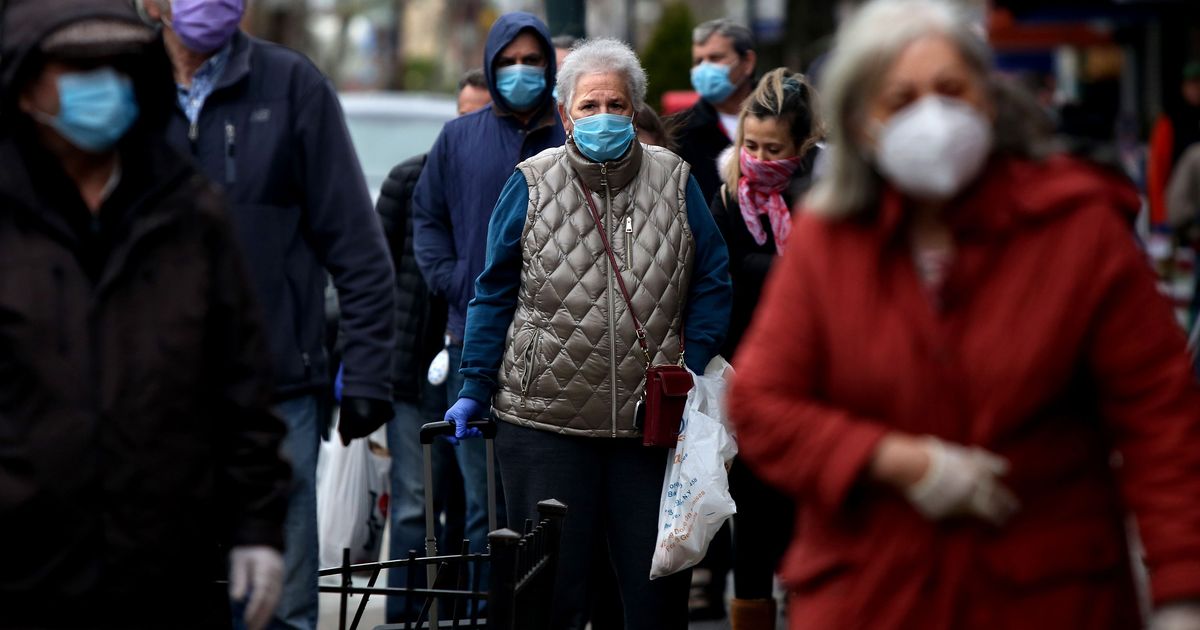 It shouldn’t be a surprise that a pandemic which has killed over 165,000 Americans, isolated tens of millions more, and left over 50 million unemployed would also result in a sweeping mental-health crisis. Such a prospect was reaffirmed by the Centers for Disease Control and Prevention on Thursday, when the agency released a new survey showing that almost 41 percent of respondents are grappling with mental-health challenges related to the pandemic and its economic and social effects.

A survey in the CDC’s Morbidity and Mortality Weekly Report showed that a wide group of Americans have experienced difficulties with mental health since the coronavirus lockdown began: 31 percent said they experienced anxiety or depression, 26 percent said they experienced trauma disorders like PTSD, and 13 percent said they had began or increased their level of substance abuse. Almost 11 percent of respondents said they considered suicide in the past month. The survey, completed by 5,400 people in late June, showed levels distress far higher than last year, with symptoms of anxiety three times as high and depression four times as high as the second quarter of 2019.

The unequal toll of a virus which kills Black and Latino Americans at roughly twice the rate of whites has also played out in mental health, according to the survey. Suicidal thoughts were more frequent among Black and Latino respondents, with rates of 15.1 percent and 18.6 percent, respectively. Latino respondents also reported higher rates of anxiety and depression, at 40.8 percent.

Unlike the physical symptoms of the coronavirus, its mental-health effects appear to be felt more profoundly by younger Americans. Sixty-three percent of adults between the ages of 18 to 24 report experiencing pandemic-related anxiety and depression, and close to a quarter have started or increased their substance abuse. One in four young adults have contemplated suicide during the pandemic. In an interview with Mark Czeisler, the psychology researcher on the project told the New York Times that older people may have been able to contextualize the pandemic better than their younger cohort, and that they can tolerate “the ability to accept the unknown because now there are so many questions, especially for young people, about relative risk, duration of the pandemic and what their futures will look like.”

Among those with the highest reported rates of distress are essential workers and unpaid caregivers — two groups experiencing the front lines of the pandemic — with 22 percent and 31 percent considering suicide in the month before the survey.

Daily news about the politics, business, and technology shaping our world.


By submitting your email, you agree to our Terms and Privacy Notice and to receive email correspondence from us.