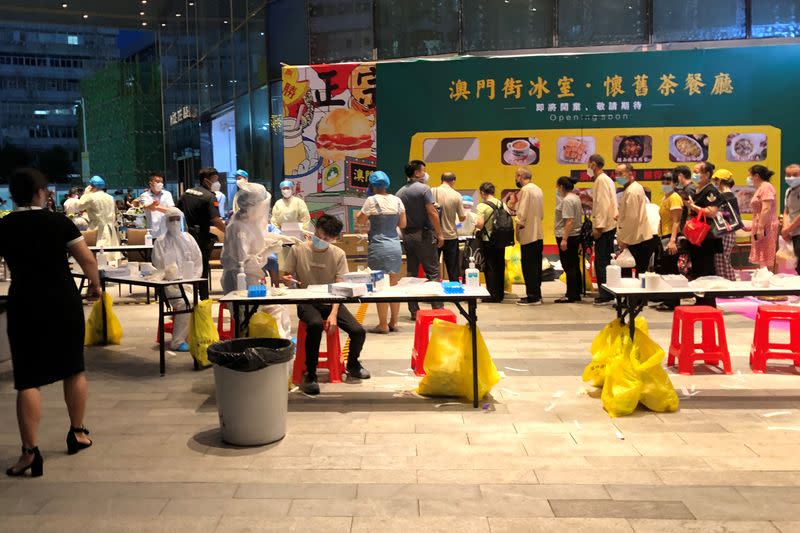 BEIJING (Reuters) – China’s new locally transmitted cases of the novel coronavirus fell to a one-month low as a cluster in the western region of Xinjiang receded, data released by the country’s health authority on Sunday showed.

The number of locally transmitted cases in China dropped to four on Aug. 15, all of which were in Xinjiang, the National Health Commission said in a statement. That compares with eight cases nationwide a day earlier, and is the lowest since July 16.

No new locally transmitted cases were recorded on Aug. 15 in the city of Shenzhen in southern Guangdong province, after provincial authorities there reported fresh infections a day earlier.

A woman who worked at an Alibaba-owned supermarket chain in Shenzhen had returned to her hometown of Lufeng and tested positive for the virus on Aug. 14. Both cities are in Guangdong.

Asymptomatic cases test positive for the virus, but China does not classify them as confirmed cases until they show clinical symptoms of infection such as a fever or a cough.

In mainland China, the total number of new confirmed infections stood at 19 on Aug. 15, including so-called imported cases involving travellers arriving from abroad. That compares with 22 a day earlier.

The death toll remained unchanged at 4,634.