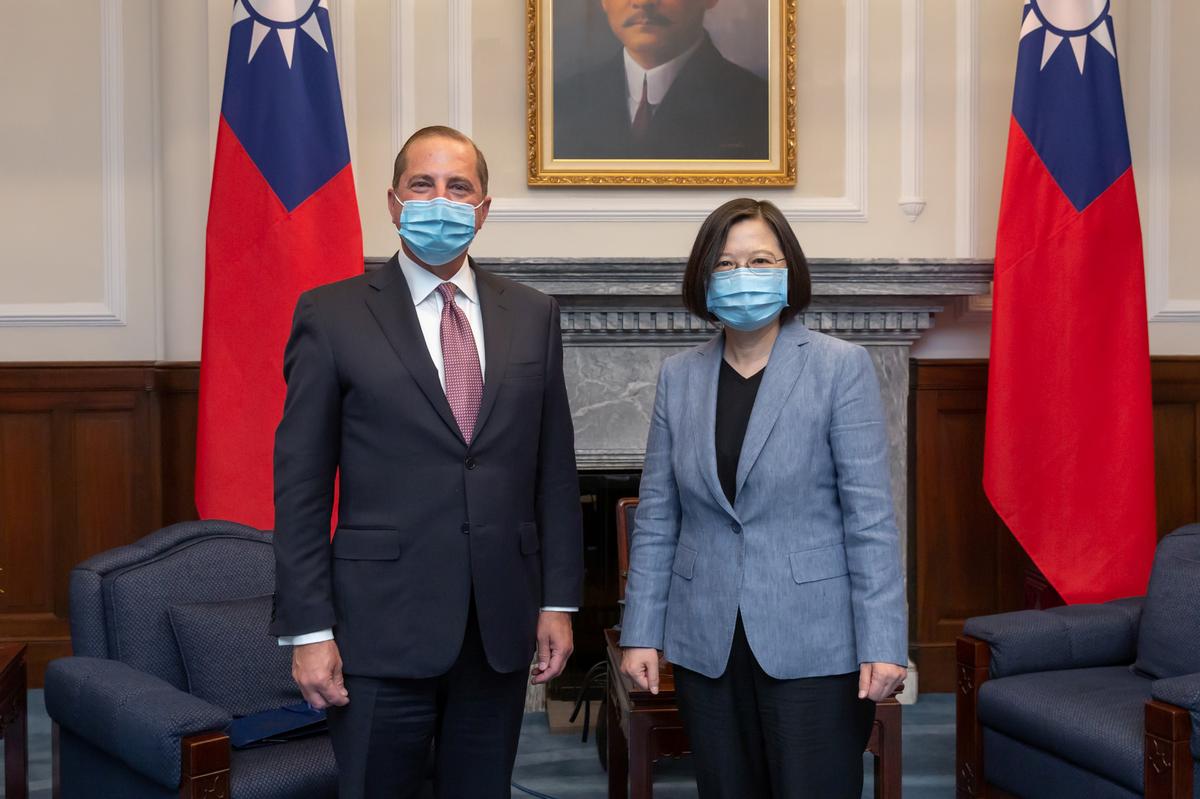 Azar arrived in Taiwan on Sunday, the highest-level U.S. official to visit in four decades.

China, which claims the island as its own, condemned the visit which comes after a period of sharply deteriorating relations between China and the United States.

China, which had promised unspecified retaliation to the trip, flew J-11 and J-10 fighter aircraft briefly onto Taiwan’s side of the sensitive and narrow strait that separates it from its giant neighbour, at around 9 am (0100 GMT), shortly before Azar met Taiwan President Tsai Ing-wen, Taiwan’s air force said.

The aircraft were tracked by land-based Taiwanese anti-aircraft missiles and were “driven out” by patrolling Taiwanese aircraft, the air force said in a statement released by the defence ministry.

A senior Taiwan official familiar with the government’s security planning told Reuters that China was obviously “targeting” Azar’s visit with a “very risky” move given the Chinese jets were in range of Taiwan’s missiles.

The incursion was only the third time since 2016 that Taiwan has said Chinese jets had crossed the strait’s median line.

The Trump administration has made strengthening its support for the democratic island a priority, amid deteriorating relations between Washington and Beijing, and has boosted arms sales.

“It’s a true honour to be here to convey a message of strong support and friendship from President Trump to Taiwan,” Azar told Tsai in the Presidential Office, standing in front of two Taiwanese flags.

Washington broke off official ties with Taipei in 1979 in favour of Beijing.

Azar is visiting to strengthen economic and public-health cooperation with Taiwan and support its international role in fighting the novel coronavirus.

“Taiwan’s response to COVID-19 has been among the most successful in the world, and that is a tribute to the open, transparent, democratic nature of Taiwan’s society and culture,” he told Tsai.

Taiwan’s early and effective steps to fight the disease have kept its case numbers far lower than those of its neighbours, with 480 infections and seven deaths. Most cases have been imported.

The United States, which has had more coronavirus cases and deaths than any other country, has repeatedly clashed with China over the pandemic, accusing Beijing of lacking transparency.

Tsai told Azar his visit represented “a huge step forward in anti-pandemic collaborations between our countries”, mentioning areas of cooperation including vaccine and drug research and production.

Taiwan has been particularly grateful for U.S. support to permit its attendance at the World Health Organization’s decision-making body the World Health Assembly (WHA), and to allow it greater access to the organisation.

Taiwan is not a member of the WHO due to China’s objections. China considers Taiwan a Chinese province.

“I’d like to reiterate that political considerations should never take precedence over the rights to health. The decision to bar Taiwan from participating in the WHA is a violation of the universal rights to health,” Tsai said.

Azar later told reporters that at Trump’s direction, he and Secretary of State Mike Pompeo had sought to restore Taiwan’s status as an observer at the WHA.