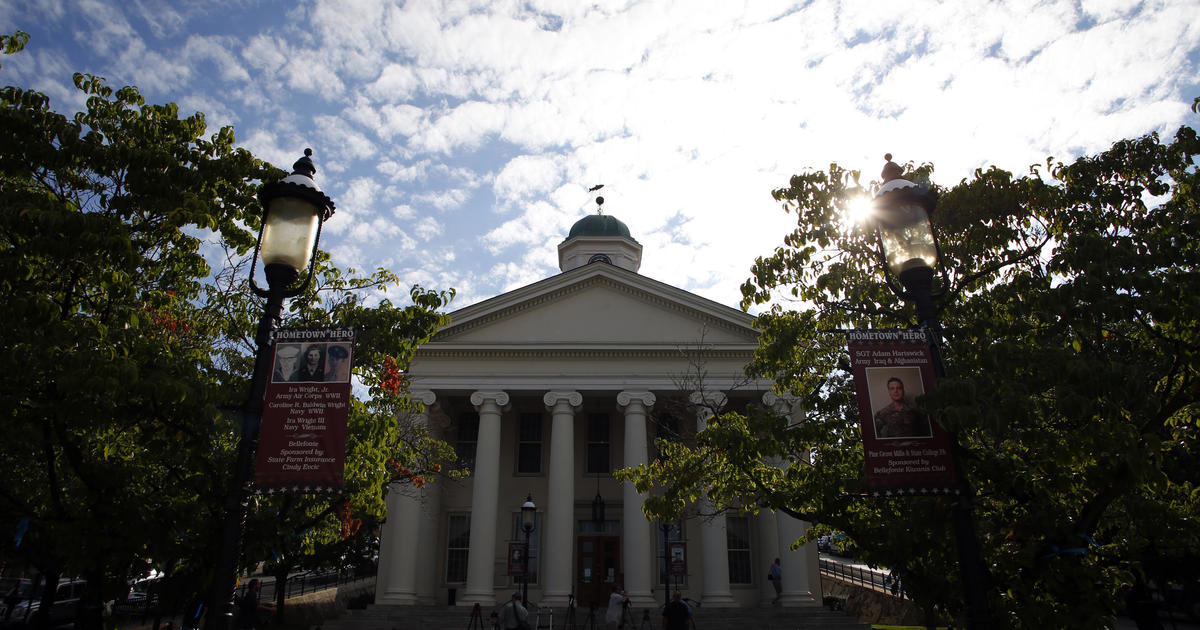 America’s college towns saw their populations plummet this spring when students fled the coronavirus. As the new academic year nears, many communities around the U.S. now face another economic shock — a dearth of young people and others connected with schools, whose annual influx of spending is counted on to sustain small businesses and replenish local government coffers.

Athens, which sits on a bend in the Hocking River in southeast Ohio, is home to Ohio University, and nearly all of the city’s 24,000 residents are linked to the school in some way. But some locals were disappointed to learn last week that only 2,200 out of some 17,000 students would be returning to the school’s main campus when classes resume later this month. For now, most students will be learning remotely, according to the university’s current plan.

The sudden disappearance of most of Ohio University student body in Athens could leave a big hole in the city’s finances. The university is the municipality’s largest customer for water and sewer services. When students left in May, that void left a $100,000 gap in the budget. Mayor Patterson now expects a similar shortfall for September.

On top of that, a number of residents lost income during the pandemic-induced recession and stopped paying utility bills, leaving another $50,000 hole.

“We’ve been as creative as we can with the [Coronavirus Aid, Relief and Economic Security Act] money, but one thing I can’t do with it is fill the hole we’re experiencing with utilities,” he said, while noting that no services have been cut so far.

Money is down across the board. With the typical crowds of students and parents coming in for graduation, homecoming and sports events missing, Athens hotels have lost millions — including the occupancy taxes that fund part of the city’s general budget. Several local businesses also closed this spring.

If the university were to move to a largely online model, “I’m going to start to see more businesses permanently closed just because they can’t make ends meet,” Patterson said.

The students’ exodus after spring break wrecked what is normally Kopelwitz’s busiest season. “The time when you are able to bring in the most money is springtime. It’s beautiful here, everybody’s out and about — it’s a very active community,” she said.

Since then, Kopelwitz has shifted to a takeout-only model to keep her bakery’s staff safe, although that has cut sales by some 40%. “I’m just trying not to lose it most days, and stay focused,” she said.

Athens’s predicament is repeating itself in many small towns across the country. Hickory, North Carolina — home to Lenoir-Rhyne University and Catawba Valley Community College — has seen local sales tax revenue fall by $100,000 a month and has had to furlough 28 employees.

On the same call, State College, Pennsylvania, Mayor Ronald Filippelli estimated the economic hit to his borough as being in the seven figures. “The absence of students has been crippling to our city,” he said. The borough shut down municipal parking, losing about $750,000 in revenue, and has delayed a number of capital improvements. Penn State University, whose main campus is in state college, has also furloughed many workers and laid off dozens.

“We are more dependent on our local institution than anyone else,” Filippelli said. “No one knows where higher education is going in the next few years, including presidents of universities. We’re looking at long-term problems, I think, not just getting over the hump.”

Ames, Iowa, where Iowa State University is located, lost $9.1 million of its budget this year after half of its population left this spring. Hotel revenue also declined more than $9 million as events evaporated, further denting the city’s revenues.

“Iowa State has little worry about closing,” said Gloria Betcher, a professor at the university who is also a representative at the Ames City Council. “But the one thing that could really negatively impact our economy is having students leave and not return.”

The higher education boom of the last two decades has typically been good for smaller towns, insulating them from economic ups and downs, according to Adie Tomer, a fellow in the Metropolitan Policy Program at the Brookings Institution. In many towns, higher education replaced manufacturing as the town’s main employer, created a reliable seasonality for local economies.

But it also made many towns uniquely dependent on bringing people in from elsewhere.

“The university has these employees and they sell a service. Inevitably, that service is sold to the vast, vast majority of people who do not live in that place,” Tomer said. You sell your business and money is cycling around, and feeds the waiters and waitresses and barbers.”

With COVID-19 impeding travel, many of these towns are now forced to reckon with that economic challenge.

“We haven’t had a health crisis related to university attendance in almost a century, and the university’s role in the American workforce development system is just different now,” Tomer said.

“Now we are stuck”

If higher education moves entirely online, many small communities are likely to lose a portion of that out-of-state spending. If students have to learn from their parents’ homes, the thinking goes, there’s no reason for them to be paying tuition at a school across the country instead of a cheaper local institution.

Brenda Huber Santiago, who lives in Lancaster, Pennsylvania, decided that her son wouldn’t stay at Ohio University if it went online-only. But learning about the school’s decision to focus on remote learning only late last month left her few options, she told CBS MoneyWatch.

“Now we are stuck,” she said. “We are still responsible for the out-of-state fee — which is almost $5,000 a semester — while he sits in my living room to learn, and we still don’t know if he will be going back in the end of September.”

The University of Ohio laid off 138 service workers this spring and told 50 faculty members they would be leaving the following year. That could have a ripple effect for Little Fish Brewing Company, a craft brewery that largely serves patrons connected to the school.

“A lot more of our patronage is professors, young professionals, folks from the hospital. But in Athens, so much of that is tied to the university,” said Jimmy Stockwell, one of the brewery’s owners. “What I’m more concerned about than even the phased return of the students would be the layoffs of employees at Ohio University.”

Stockwell himself has laid off about half of his staff of 20 as the brewery closed, reopened, moved to a takeout-only model and now added some outdoor seating. “We’ve gone through almost a new business model every two weeks,” he said. “I feel for the university — nobody really knows what’s happening.”

Editor’s note: This story originally reported that fewer than 500 students at Ohio University plan to return to the school’s main campus in Athens, Ohio, when classes resume. In fact, nearly 2,200 students are returning later this month, according to a university spokesperson.