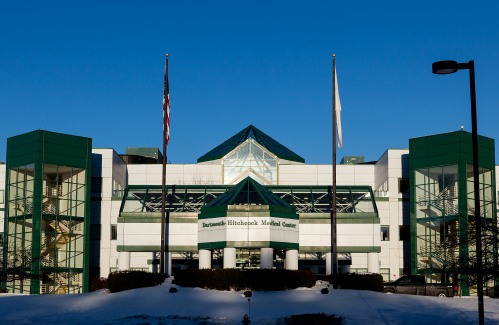 As hospitals across the nation and New Hampshire continue to merge, proponents have pointed out that quality of care would improve as costs declined. But a recent study by a Dartmouth researcher found that larger health organizations do not necessarily provide higher quality care than independent hospitals, and other studies suggest the costs can actually go up.

Elliott Fisher, a public health researcher at the Dartmouth Institute and lead author on the paper, and his colleagues surveyed more than 2,000 providers across the country and used a number of measures to quantify the quality of care, such as screening practices, care of high-need patients and the use of quality-informed information management. He published the study in the August edition of Health Affairs.

This study supports most past research, which similarly concluded there was little association between quality of care and consolidation. One study found that markets where there is little competition between providers, patients actually had a higher mortality probability than in those markets with more competition. The most concentrated market in the nation had more than 2,000 deaths than the least concentrated market, according to the  study.

Last year, Dartmouth-Hitchcock Medical Center and GraniteOne Health announced a proposed merger that would combine two of the largest hospitals in the state. If regulatory bodies approve the merger, 22 of New Hampshire’s 26 acute-care hospitals will have an organizational connection with another institution.

According to the American Hospital Association, there have been 1,412 hospital mergers nationally, many of which combined close competitors. This creates many areas of the country where large hospital systems dominate the market with no competition to drive down prices.

Consolidation often leads to higher prices for care, for example. Without competition to drive down prices, hospital mergers increase the average price of hospital services by between 6 and 18%, according to a report for the National Council on Compensation Insurance.

Some experts point to consolidation as one of the main reasons the United States spends significantly more on healthcare than other countries.

Fisher’s recent article now suggests that quality of care is not affected by financial integration, as many proponents of mergers previously argued.

With mounting scientific evidence that cost and quality of care do not improve as providers join together, Fisher said there can only be one explanation for the increasing rates of consolidation.

“There is only one reason – the reason hospitals are merging is because it will help them make more money,” he said.

Still, this practice will likely increase in the coming years without government intervention, Fisher said.

Smaller and independent practices have been hit especially hard. Fisher said there is a serious risk that small providers will go out of business or be bought up by larger organizations, which could limit competition and further drive up prices.

“That would be very bad for the country,” he said.