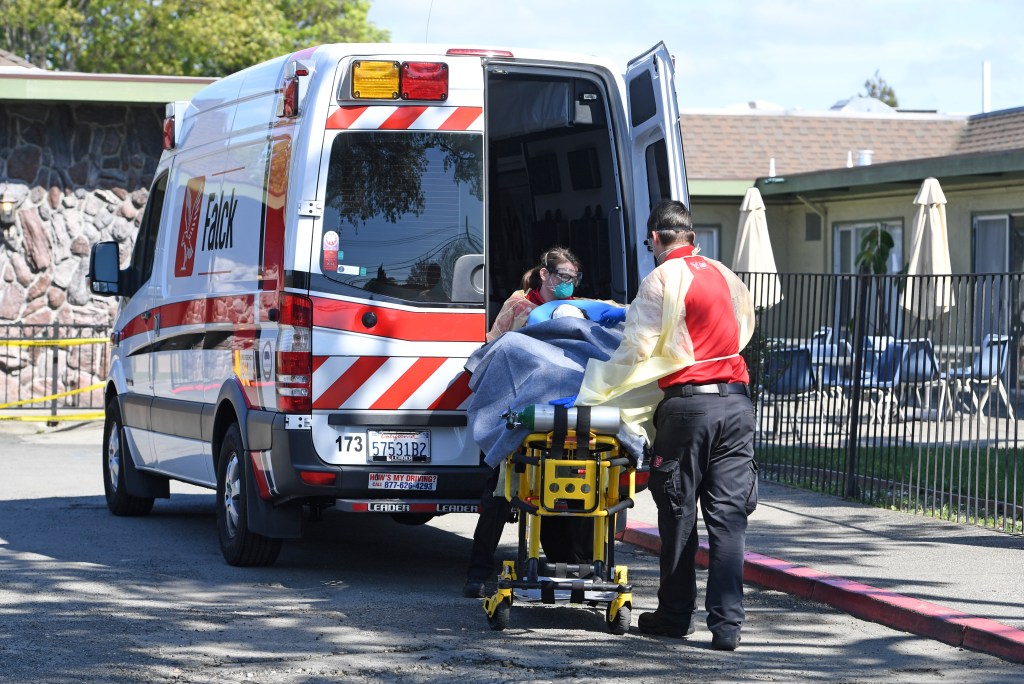 Months into the COVID-19 pandemic in California, many nursing homes and assisted living facilities remain in a life or death struggle against the deadly virus, and as cases in the community have crept up, so too have new outbreaks in facilities that had seemed spared. The death toll continues to climb.

Most recent data from the state reveals just how difficult it is to protect our state’s most vulnerable seniors living in skilled nursing facilities, despite revised guidelines to combat and control infections, more protective equipment available for workers, banning visits from family and friends, and new testing protocols designed to catch the virus before it can spread.

On May 24, the seven-day average of new daily nursing home cases was 110, and held fairly steady during the first two weeks of June. By July, the average had surged past 200 daily cases on several days. The most recent data, on Aug. 10, shows an average of 183 new daily cases.

While increased testing has discovered new infections, significant testing issues — mostly with lagging results — are contributing to the problem. It can take five or more days in many cases.

The most recent testing data shows 38 percent of the state’s 1,223 nursing homes have patients who are currently infected with the virus.

Dr. Michael Wasserman, president of the California Association of Long Term Care Medicine, said testing is “worthless” without faster available results because people who have the virus but are asymptomatic can continue to spread it while waiting days to find out if they are positive.

The CDC announced last month that it would send antigen test kits to all nursing homes within the next several weeks, with a priority on facilities within regions with severe outbreaks. The antigen tests are quick — with a turnaround time of 15 to 30 minutes — but not as accurate as traditional PCR tests.

Wasserman said they could be useful in that a person who tests positively for COVID-19 using the antigen test could be quickly isolated while awaiting confirmation with a second test. But he said there needs to be more effort in returning faster results for people working in places where “the highest risk to the population exists” — such as nursing homes, prisons and hospitals.

Kate Folmar, spokesperson for the state Department of Public Health, said testing remains a priority. “All nursing homes in California are required to have a testing plan in place that includes baseline testing, ongoing surveillance testing and response-driven testing,” she said in an email.

But testing is still largely up to nursing facilities themselves and individual county health departments. The industry has asked for government support nationally to assist with funding. Industry group LeadingAge estimates the cost for a 200-employee nursing home to test staff once a week is nearly $160,000 per month.

As of Tuesday, 4,446 patients and healthcare workers in elder care facilities across the state had died of the virus, data show, accounting for 42 percent of all COVID-19 deaths in California.

In the nine-county Bay Area, at least 347 nursing home and assisted living residents have died of COVID-19, a number that is likely higher because the state does not provide the exact total if fewer than 10 people have died. At least five health-care workers at skilled nursing facilities in the region have also died from the virus, data shows. Alameda County leads the region with 85 nursing home deaths, according to its health department.

Due to problems with the state’s data reporting system, county health department warn that the numbers could be incomplete.

The number of cases across the country are surging too, according to a report issued by the American Health Care Association and The National Center for Assisted Living. After peaking at 9,072 cases per week on May 31, the national number dropped to 5,468 per week on June 21. But it has been rising ever since, hitting 8,628 on July 21.

“With the recent major spikes of COVID cases in many states across the country, we were very concerned this trend would lead to an increase in cases in nursing homes and unfortunately, it has,” Mark Parkinson, CEO of both organizations, said in a statement accompanying the report.

Some facilities that had large outbreaks a few months ago have been able to quell them.

At the Millbrae Care Center, where 18 patients and one worker have died and 103 patients total have had coronavirus, no new infections were reported at the facility on Wednesday. On June 1, 55 patients were sick. In a phone interview, administrator Abby Ma attributed the turnaround to “good hand hygiene” and the use of personal protective equipment.

But outbreaks continue to pop up at other homes. Crestwood Manor, a 126-bed nursing home in Fremont, had 43 patients infected with the virus as of Tuesday, state data show, the highest number in the region. On July 15, the facility had no patients with the virus.

At its neighboring facility, Crestwood Treatment Center, another 24 people have the virus, data show. It also had zero reported infections on July 15.

Larry Kamer, a spokesman for the facilities, said in an email Tuesday that an employee who also worked at another nursing home with an outbreak “likely brought the virus into our facility.”

McGinnis, of CANHR said her staff is hearing from nursing home workers across the state who say they still lack PPE. One ombudsmen in a county outside the Bay Area told her that staff from at least one residential care facility for the elderly were not required to even wear masks for much of their shifts.

“You can’t let your guard down,”  McGinnis said of the effort to control the virus at elder care facilities.”You just have to be eternally vigilant.”