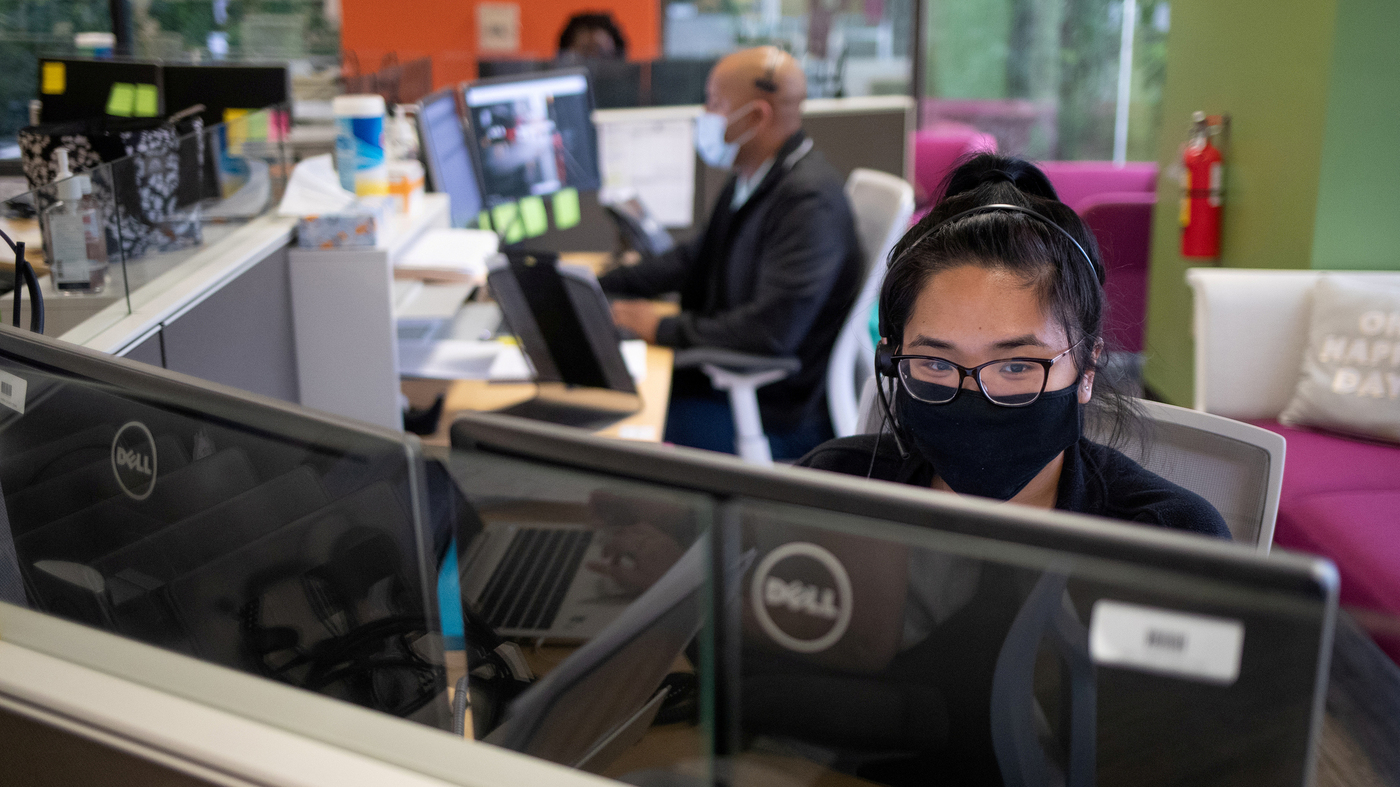 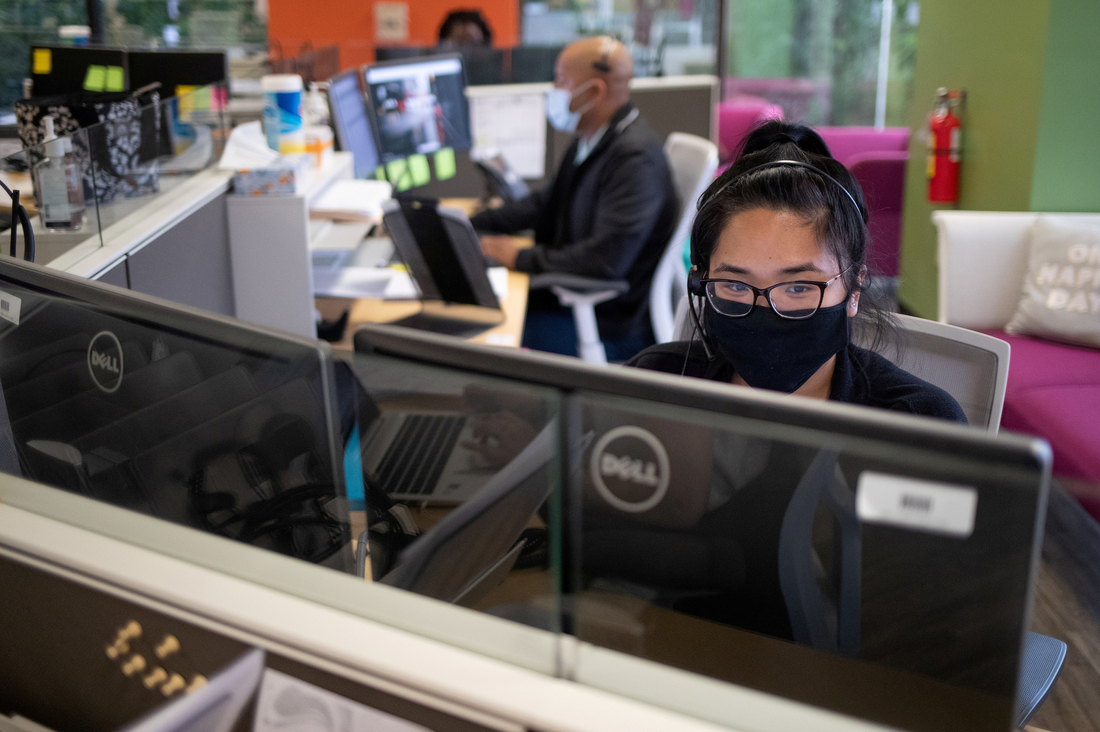 Harris County Public Health contact tracers are seen at work as they try to help stop the spread of the coronavirus outbreak in Houston, Texas, on July 22. 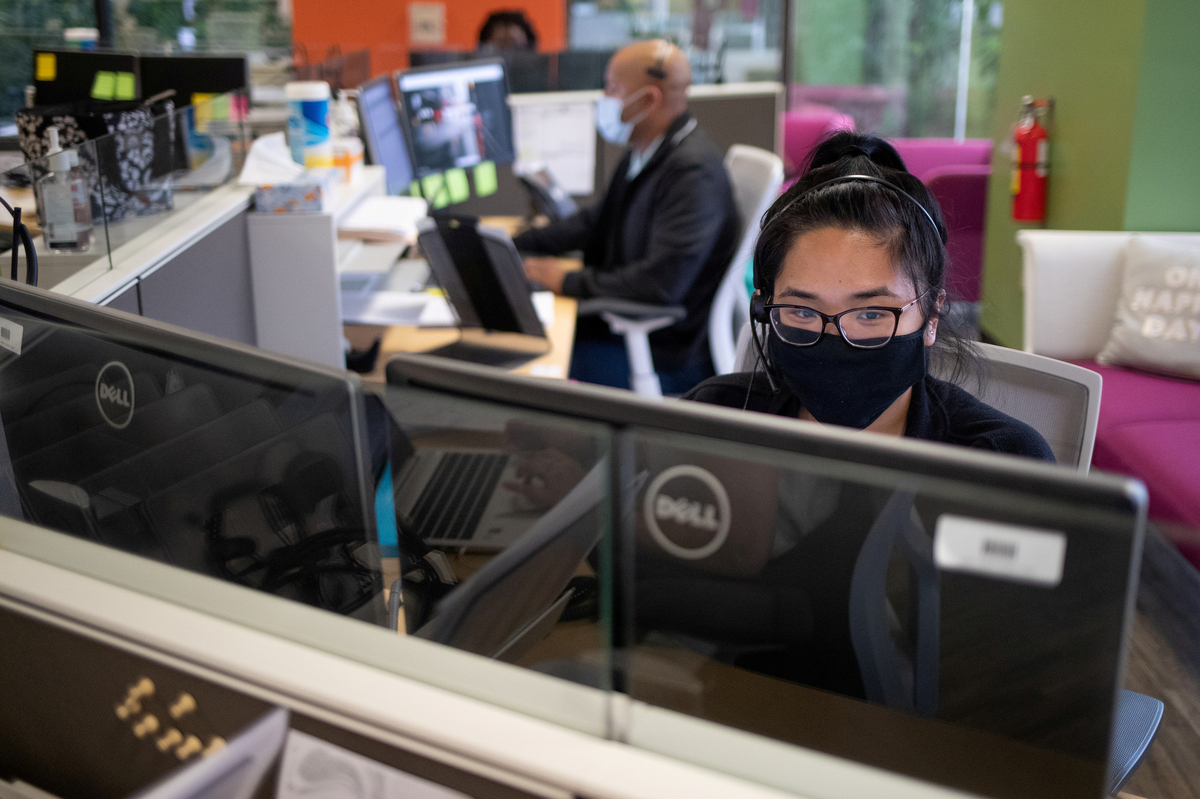 Harris County Public Health contact tracers are seen at work as they try to help stop the spread of the coronavirus outbreak in Houston, Texas, on July 22.

Contact tracing has been one of the key tools in the fight against the coronavirus. Now, as the virus has infected more than 5 million Americans, the U.S. has at least 41,122 contact tracers — but that’s not even half what public health experts said would be needed to help contain the spread.

Contact tracers call each person who has tested positive and track down their contacts to inform them of their risk so they can quarantine. They also often connect people with services so they can safely isolate.

In addition to staffing shortages and testing bottlenecks, those who are on the job are running into other big challenges, including the difficulty of getting people to cooperate, health officials say.

Elya Franciscus, an epidemiologist with Harris County Public Health in Houston, estimates that about half of those contacted by her department’s contact tracers are not fully cooperative.

Some businesses have even told staff that if they cooperate with health officials, they’ll be terminated, Osur says.

In these excerpts from their interview on NPR’s All Things Considered, Franciscus and Osur describe the misinformation that’s fueled the lack of cooperation and what can be done.

Let’s talk about the issue of trust. When you call people and say, tell me everybody you’ve had close contact with in the last few days, are they willing to share that information?

Michael Osur: They’re willing to tell us about their family contacts, who lives in the house. But they’re not willing to share their friends, who they saw, the stores they went to. And that’s been a huge problem because much of our spread has been through those informal barbecues, get-togethers and other places these people have been that we are having a hard time tracking down.

Elya Franciscus: It’s the same thing in Harris County. … They’ll say, oh, “I went to a party and there were 30 people, but I’m not going to give you their names.” When we try to get into the nitty-gritty … “what bar did you go to?” they won’t tell us because then they’re afraid we’re going to shut that bar down.

Do you run into that sort of thing, one in 10 calls, half the calls? Can you quantify it?

Franciscus: I would say for Harris County is upwards of 50%. I would say half are very cooperative. Another 25% are semi-cooperative and the other 25% are absolutely unwilling to share anything. There’s so much misinformation being put out right now. Our contact tracers are being called names; they’re being cursed at, derogatory language is being used, because there [have] been seeds of mistrust thrown into the community. … They think that the numbers are inflated. We’ve heard multiple people say that we’re getting paid to make up results. So it’s so difficult to combat all of this.

Do you think there’s anything you can do to build more trust and make contact tracing more effective and make people more responsive?

Osur: We are hiring appropriate people to do the contact tracing — race, ethnicity, language. … They’re part of our community. And I think we’ve not done a good job saying that, “The tracers are you. They can help you be healthy and be safe.”

Listen to the full interview at the audio link above.