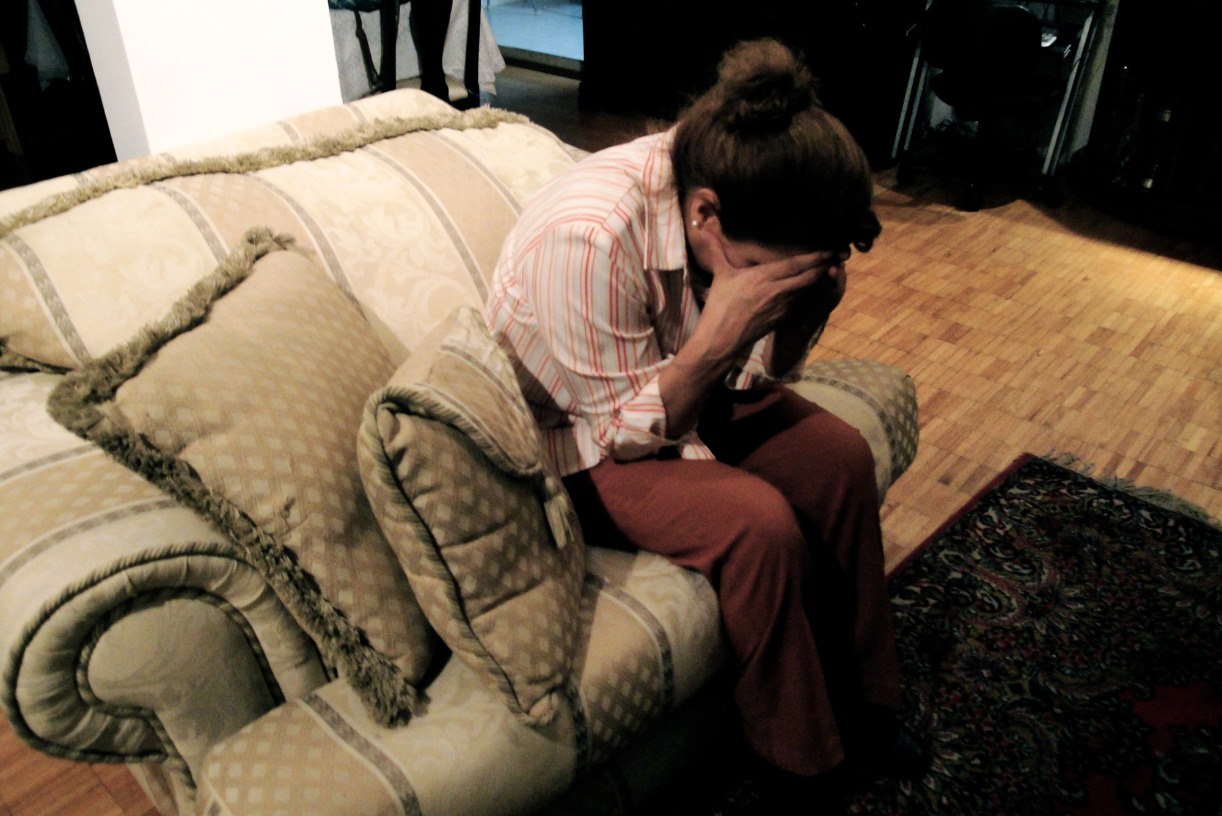 Public health responses to the pandemic have focused on preventing the spread of the virus, limiting the number of deaths and easing the burden on healthcare systems. But there’s also potentially another, less visible epidemic we should be focusing on: mental illness.

Our recent study found that people’s mental health worsened following the onset of the pandemic. We discovered this by analysing data provided by 17,452 UK adults, who were surveyed in April 2020 as part of the UK Household Longitudinal Study. This is a large ongoing study of people who contribute data every year, some from as far back as 1992.

Not everyone, we discovered, was affected equally. Young people, women, and those with small children saw their mental health worsen significantly more than other groups.

How we measured distress

The survey measured mental health using 12 questions, which covered people’s difficulties with sleep, concentration and decision making as well as their emotional state, such as whether they were feeling strained or overwhelmed.

People’s answers were then assigned a value between zero and four, with higher scores indicating worse mental health. These scores were added together to give each person a total of between zero and 36, which offered an overall measure of their mental health. We also applied a separate scoring system to people’s answers to estimate whether they were showing clinically significant levels of psychological distress – that is, if their distress was high enough to potentially need medical assistance.

We found that many common and well-known mental health inequalities persisted in the middle of lockdown. For instance, women showed substantially worse mental health than men (with a mean score of 13.6 compared with 11.5), and one-third of women had clinically significant levels of distress compared with one-fifth of men.

Yet while this told us where the mental health need was, it didn’t tell us what the pandemic’s effects had been. We got a better sense of this by comparing this year’s scores with prior measurements – and indeed, mental health was, on average, worse this year. Average scores have risen from 11.5 in the 2018/19 financial year to 12.6 in the recording made in April 2020. We also saw a significant overall increase in the proportion of people showing clinical levels of distress: 19% in 2018/19 versus 27% in April 2020.

However, because the pandemic arose against a background of worsening mental health in the UK, we expected some deterioration. We took account of this by looking at each individual’s pre-pandemic answers, stretching back to 2014. These helped us predict what the scores were likely to have been in April 2020 had the pandemic not happened.

Overall, we found that scores were 0.5 points worse this year than we would have expected, suggesting that the pandemic – specifically – has had an effect on mental health.

Not everyone is affected equally

This worsening of mental health differed considerably for different groups. Compared to what we would have predicted to see, men’s scores got only marginally worse (+0.06), while the change for women was far greater (+0.92). Young people, aged 18-24, were most affected, seeing a relative increase of 2.7 over what we would have expected if the pandemic had not happened.

We had also predicted that fear of the virus would be a driver of poorer mental health, and that this would disproportionately affect key workers or people with underlying health conditions. But this was not the case.

The factors driving the decline in some people’s mental health are not yet clear. But some clues are revealed when we consider who was most affected. The deterioration in women and those with young children points to the difficulty of managing the domestic load during lockdown. Having young children is challenging at any point, and we know that reliable support from family members, paid childcare and friends lessen its impact. The government’s social restrictions and lockdown abruptly cut off most of these supports.

Some young people are vulnerable to social isolation and are affected badly by being withdrawn from school. They may lose oversight of their wellbeing by teachers and other responsible adults, as well as access to regular meals and peer support from friends.

Could there be long-term effects?

As lockdown measures ease, we may see improvements in people’s mental health. It remains to be seen whether there will be any long-term effects, such as pre-existing mental health inequalities becoming more entrenched.

The pandemic has brought people’s differing life circumstances into stark contrast. Access to outside space, household crowding, food insecurity, domestic violence, addiction, maintenance of social connectivity, and economic reserves are all relevant to mental health. It’s likely these differences will become more important during the anticipated economic recession, and these may have different effects on mental health compared with the government lockdown.

What these changes will do to people’s overall health, wellbeing and family is not known. But to mitigate and manage any additional mental health needs requires them to be closely monitored. People also need to receive high-quality information about mental health in public health messaging and be provided with adequately resourced services. We would do well to remember that our mental health is as important as our physical health, and this should not be lost in our future planning.

This article is republished from The Conversation under a Creative Commons license. Read the original article.