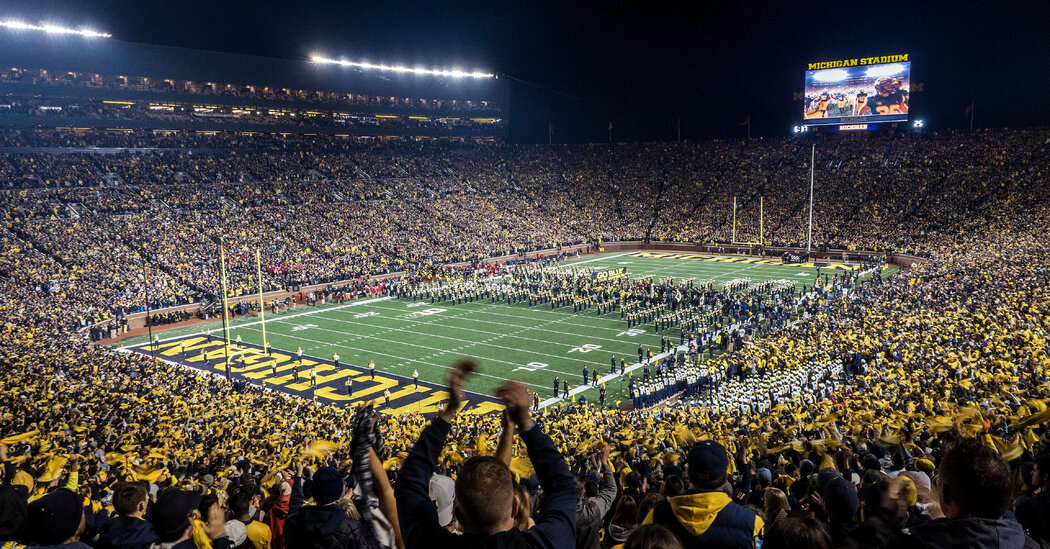 College athletes who have asserted themselves in recent months on many issues, including social justice matters, the right to cash in on their fame, and improved health and safety conditions if they are to play football this fall during the pandemic, gained powerful backing on Wednesday with Democratic senators announcing a framework for a college athletes’ bill of rights that would support those causes.

The proposal from Cory Booker of New Jersey has the backing of 10 other Democratic senators, including the presumptive vice-presidential nominee, Kamala Harris.

Booker, a former football player at Stanford, said in a statement that the issue was personal to him and that the framework for future legislation would provide “fairness, equity and safety in college athletics, and holds colleges accountable to those standards.”

The Senate judiciary and commerce committees have held hearings this year, questioning college leaders — including N.C.A.A. president Mark Emmert — about a variety of issues, asking how accommodating new rules on players making use of their name, image and likeness would be, and why some schools had required athletes to sign liability waivers when they returned to campus for workouts amid the coronavirus pandemic.

The N.C.A.A. has also sought the help of Congress, saying it needs federal legislation — and an antitrust exemption — to streamline new rules to allow athletes to make deals. College sports administrators fear that states will impose their own laws instead, as California did in September, prompting more serious consideration of new rules.

The N.C.A.A. has said its proposals will be presented to universities for a vote in January.

Though there has been some Republican interest in these issues, any legislation to aid college athletes’ rights is unlikely to be taken up by the Republican-controlled Senate, especially before the November election, when Democrats hope to win back a majority of seats. But the backers of the framework said it was important to present it now.

“We’re playing the long game,” Senator Richard Blumenthal, a Democrat from Connecticut, said in an interview.

Blumenthal credited college athletes for raising their voices, the most recent example coming this month when players in several conferences have followed the lead of Pac-12 players who have asked for stronger, more uniform health and safety standards to play football this fall. The players also asked for a redistribution to earn some of the wealth that the multibillion-dollar college sports industry generates (college athletes compete for little more than scholarships).

“My hope is that it will be embraced by the schools and the N.C.A.A. and others in power, and that they will be proactive and take voluntary action,” Blumenthal said. “But if not, Congress may need to act. And even if they do, Congress probably needs to act, because it will be the type of very fractionated decisions we’re seeing with playing football.”