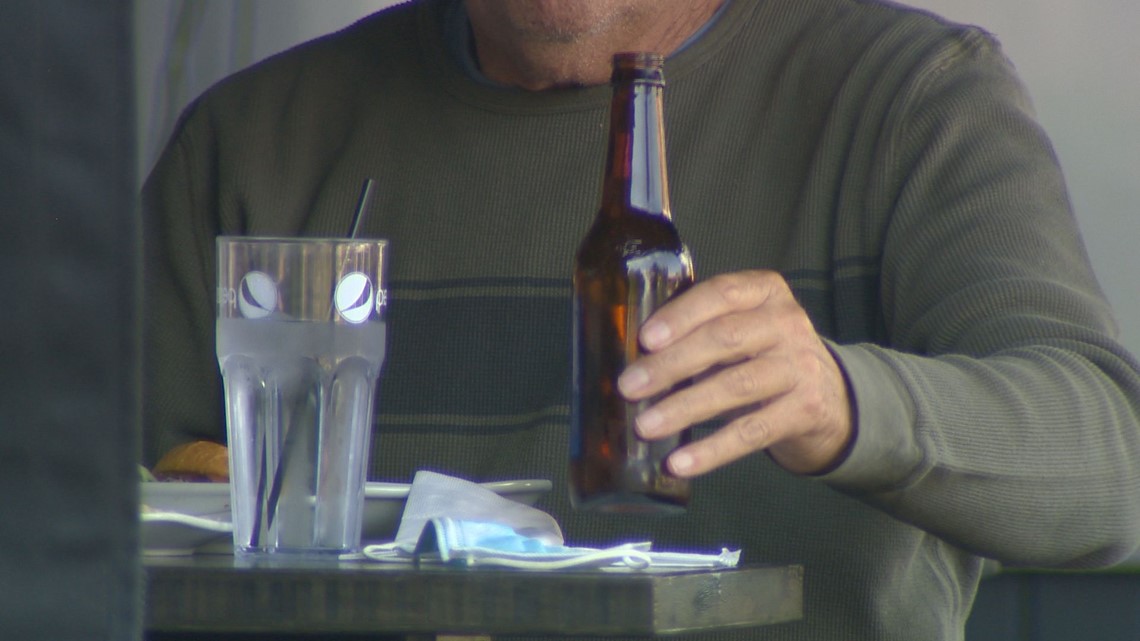 One business was given a written warning by mistake after an investigator misinterpreted the order.

DENVER — Over the weekend, the Denver Department of Public Health and Environment (DDPHE) gave out 16 citations to businesses for reasons including employees not wearing masks and no social distancing.

Two businesses, Williams Tavern and the nightclub, Tetra, were told to close.

Tetra was placarded because of not correcting previous violations and DDPHE said Williams Tavern was closed for reasons including serving alcohol past 10 p.m. and no social distancing.

So far, DDPHE has temporarily issued 11 closures to businesses for violating the governor’s Safer-at-Home order.

One of the citations over the weekend was given to Reiver’s Bar and Grill in Washington Park because of an employee not wearing a mask.

But the general manager said the public health investigator also said they were violating the order by allowing people to drink their alcohol past 10 p.m.

Reiver’s Bar and Grill was not given a citation for that, but in an email, the DDPHE said “the investigator should not have given Reiver’s an order for serving after 10 p.m.,” and “that was a mistake.”

A spokesperson said that mistake hasn’t happened before.

“It’s hard to educate our staff on something that changes from moment to moment and is interpreted differently by each member of the health department,” said Lemonidis.

Below is information provided by DDPHE on the cumulative enforcement activity and the most recent weekend citations.