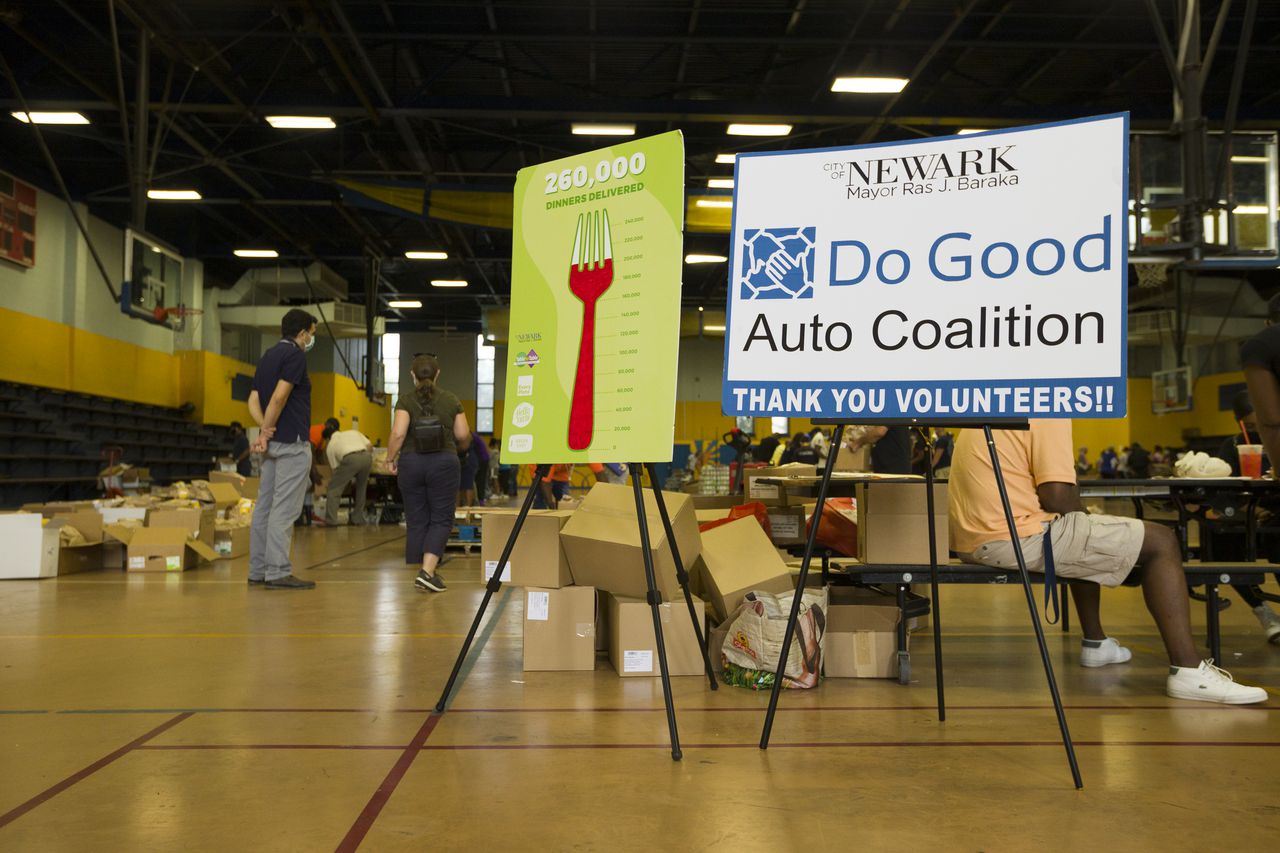 Making a meaningful impact in the lives of the food insecure is the driving force behind the Do Good Auto Coalition.

With many in need of essentials amid the COVID-19 outbreak, the Do Good Auto Coalition (DGAC) is coupling its specialized technology expertise with its statewide network of altruistic car dealership owners to aid in the distribution of more than 20,000 pounds of food and critical PPE to over 15,000 Newark residents, weekly.

“At the onset of the pandemic, we realized for the first time in history, nonprofit organizations like the American Heart Association, Community FoodBank of New Jersey, Table to Table, Rescuing Leftover Cuisine, and so many others had all this food to donate to those in need, but no way to transport it,” said Diana Lee, co-founder of the DGCA.

“The organizations had the food supply, but not enough manpower or enough vehicles to distribute the goods to the thousands of families in each community that needed it. That’s why I developed the DGAC — to help people,” the Cresskill businesswoman and mother of three said.

“One of the first things we did for the City of Newark is implement the Do Good Digital and Do Good Dashboard Services,” Nelson said of the DGAC’s data science technology — which identifies areas of the city that are most in need of service and creates streamlined food donation delivery routes for volunteer drivers.

“The dashboard service formulates about 65 delivery routes throughout Newark which allows us to dispatch each driver to service about 20 different places during their shifts,” said Nelson, a nuclear power engineer-turned-nonprofit operations manager. “With this technology, we’re able to service the city in just a few hours, whereas before we introduced the dashboard, distribution could take a full day.”

In the months since inception, DGAC has partnered with 191 auto dealerships — including Miller Buick GMC and Sansone Auto Group of Woodbridge, Beyer Automotive Group of Morristown, DCH Millburn Audi of Maplewood, and Bridgewater Chevrolet — that have volunteered their cars and employees to safely transport food packages supplied by supermarkets, restaurants, farms, and food rescue organizations to the city’s elderly, immune-compromised, unemployed, and subsidized housing community inhabitants.

“The City of Newark has donated over 2 million meals to its residents since the beginning of the pandemic with the help of the Do Good Auto Coalition’s dashboard services,” said Amiri Baraka Jr., chief of staff to Newark Mayor Ras J. Baraka.

“The DGAC has been the great connector in the city’s ongoing mission to strengthen and support our community. They’ve introduced transportation volunteers here, which is important because a lot of residents don’t own vehicles, and aren’t able to easily access their essential needs. We’re so grateful the DGAC helps us bring the goods the people need right to their front doors.”

Kerri Brown, 41, of Newark, confirms the weekly meal packages — containing healthy protein-based platters and bags of fruit furnished by HelloFresh — have greatly aided in her family’s survival throughout the global health crisis.

“At one point during the pandemic, I was not working at all and I didn’t have a lot of income coming in,” said Brown, a wife and mother of two. “Therefore, I needed and still need the extra support of this food service to help me and my family manage.”

Receiving the meals via the combined efforts of the city, the nonprofit food rescue services, DGAC’s distribution technologies, and the volunteers warms Brown’s heart.

“It means so much to me to see Newark and different organizations come together to show that they really care about the people, especially during these times,” she said. “Everyone volunteering is still susceptible to the virus, but they’re out here, on a regular basis, putting the community’s needs first. It’s really wonderful.”

Lee, who oversees food donation packaging and distribution alongside Nelson at the once-a-week “DGAC x City of Newark and Table to Table Mission” at Newark’s John F. Kennedy Recreational Center, is motivated to continue building upon her efforts toward stomping out hunger.

“The DGAC’s overall objective as a technology partner, is to advance and scale our services for food donation nonprofits and other municipalities. We want to know which zip codes need support, what specific items each food pantry needs, and we want to identify the most safe and efficient ways to fill those needs,” she said.