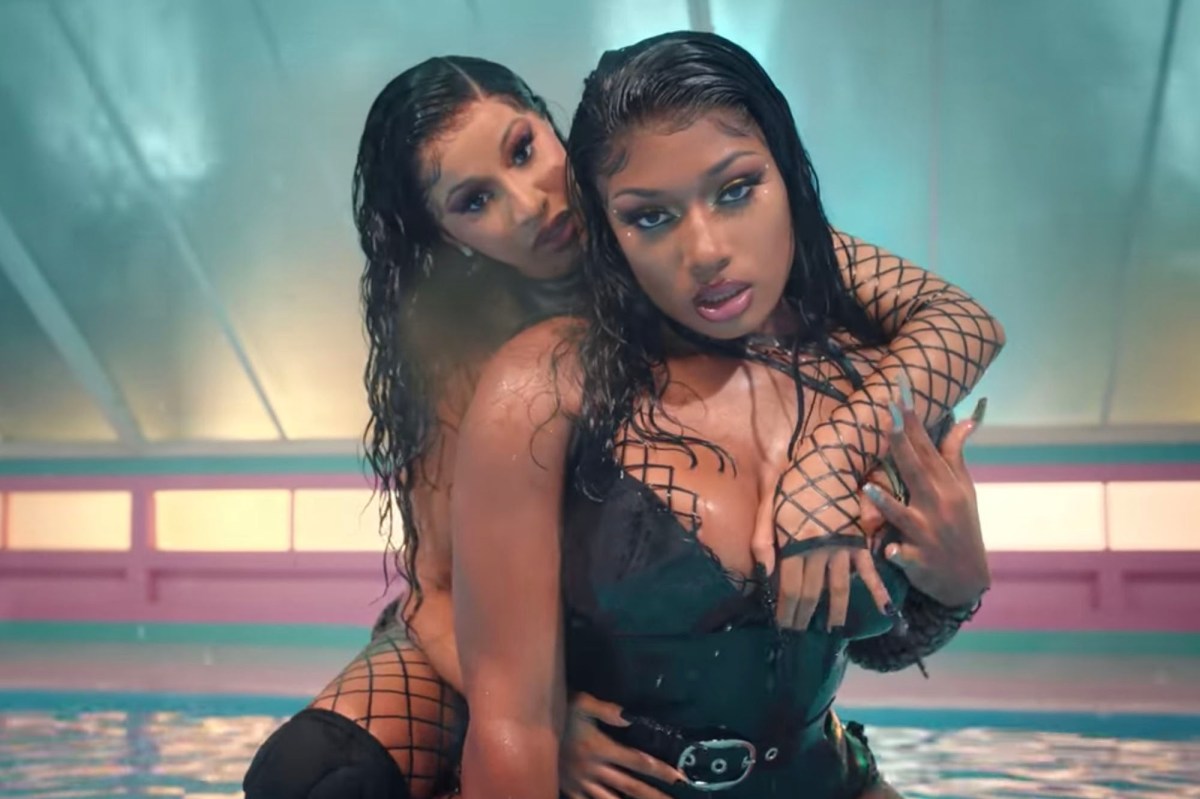 Cardi B’s racy new single, “WAP,” featuring rapper Megan Thee Stallion, has made a real splash on social media for the explicit song’s sex-positive lyrics, which focus solely on women’s satisfaction in the bedroom. (The title itself is both an acronym for “Wet Ass P - - - y” and onomatopoeia for a certain sound made during some forms of intercourse.)

However, some critics have expressed dismay and confusion over the premise of the 27-year-old rap superstar’s song — namely the glorification of lubrication.

“My only real concern is that the women involved — who apparently require a ‘bucket and a mop’ — get the medical care they require,” conservative pundit Ben Shapiro, 36, wrote on Twitter. “My doctor wife’s differential diagnosis: bacterial vaginosis, yeast infection, or trichomonis” — all of which are infections of the vagina.

The nearly ratioed tweet — when critical replies to a tweet outnumber likes — was met with 8,500 retweets, with many calling his comments a “self-own.”

“ ’My wife has never been wet’ isn’t the own you think it is, Ben,” quipped progressive journalist Beth Lynch in response. Her tweet to Shapiro was liked more than 14,800 times.

“Lmao this is one of the all time greatest self owns,” said Twitter pundit Wild Geerters.

Shapiro’s obtuse approach to the female anatomy made him a target of ridicule by Twitter users. But the most esteemed reactions came from real medical doctors correcting Shapiro’s evidently weak comprehension of reproductive health.

“In my medical opinion, it’s normal — important even — for women to have a WAP,” said Dr. Daniel Grossman. The OB-GYN and public health researcher at the University of California San Francisco responded on Twitter, “Vaginal lubrication is common & orgasm experience depends on the individual. We should not shame women who have WAP.”

Dr. Lauren Streicher, medical director of the Northwestern Medicine Center for Sexual Medicine and Menopause, told Vulture, “Certainly, as a gynecologist, we all know that vaginal lubrication is a good and healthy thing. It means your body is responding in the way it’s supposed to be responding.”

“I see so many women who have been mansplained by their partner that they are too wet. It’s medically incorrect, infuriating, heartbreaking, and harmful,” said Dr. Jen Gunter, author of “The Vagina Bible,” on Twitter. She added, “Thank you @iamcardib and @theestallion for that vagina celebration! Wish I could hand out these #WAP prescriptions.”

If you find yourself as unfamiliar with sex and anatomy as Mr. Shapiro, and/or are interested in achieving a WAP, ask your friendly gyno!