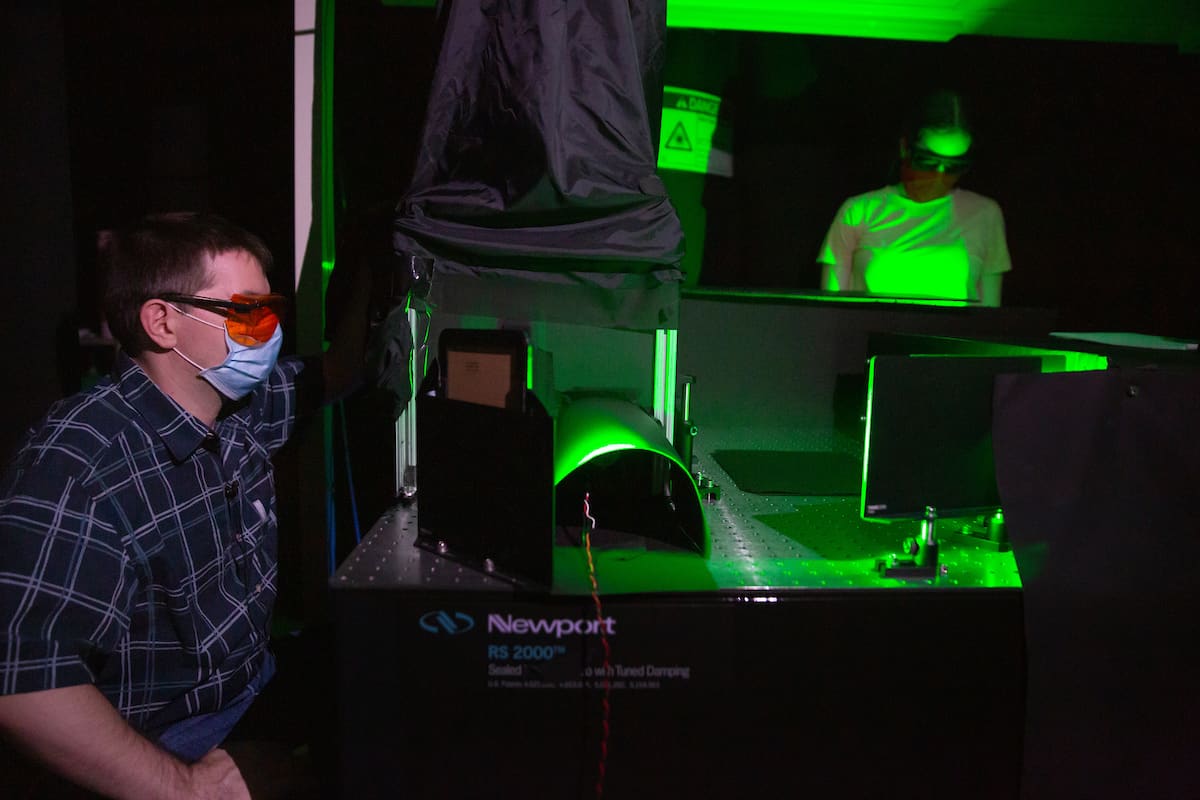 The study found that homemade, two-layer cotton masks work well; bandanas, not so much.

Earlier this month, the sheriff for Marion County, Florida told his employees that they cannot wear masks at work. Sheriff Billy Woods also banned visitors from wearing them in his office.

According to multiple media accounts, Woods said there is no conclusive evidence that wearing masks curbs the spread of the virus, despite a multitude of scientific evidence to the contrary.

Woods and others who defy wearing masks against spreading the virus confounds Isaac Henrion, an independent researcher and co-author of a new study by Duke University that demonstrates the effectiveness of 14 different types of masks — everything from the N-95 mask worn by health care professionals to the bandana and cotton masks made at home on a sewing machine.

The research concluded that almost all of the masks are effective at stopping most of the droplets that are expelled when someone speaks through them, thereby limiting others to the potential exposure to the coronavirus.

Perhaps unsurprisingly, the N-95 mask proved to be the most effective, while the benefits of the bandana proved negligible.

“I think that this research is not the smoking gun,” Henrion said. “We’ve already had the smoking gun. There is an overwhelming amount of evidence from so many fields, from epidemiology, biology, fluid dynamics and now, you know, laser physics. The masks play a crucial role in stopping the number of droplets and aerosols that we emit into the air, and that’s really important because this is a respiratory disease.”

Masks for the masses

After distributing thousands of masks, Henrion said he and Westman came across a preliminary study published in the New England Journal of Medicine reporting that researchers had invented a laser technique for visualizing droplets when people speak.

“We saw this and we thought of how we’ve got to get in touch with some people at Duke University who can set up this experiment for us so that we can evaluate which kinds of masks are going to be the best ones for us to procure and then distribute to the community,” Henrion said. “We wanted to make sure that we’re getting something that was actually going to work to protect people.”

The researchers turned to the Duke Department of Physics and Martin Fischer, director of Duke’s Advanced Light Imaging and Spectroscopy facility. As Duke spokeswoman Sarah Avery put it, Fischer “MacGyvered a relatively inexpensive apparatus from common lab materials that can easily be purchased online. The setup consisted of a box, a laser, a lens, and a cell phone camera.”

The result was a study published online Aug. 7 in the journal Science Advances that concludes the simple, low-cost technology provided visual proof that most face masks are effective at reducing droplets when worn correctly. The scientists acknowledge that there are limitations to the study and that further research is needed.

“It’s important to remember a limitation of the study was a sample size and more research is needed to really drill down and get confident about which masks are better than others,” Henrion said.

Henrion said that while the N-95 mask without a valve performed best in the study, the standard polypropylene surgical mask — typically blue with an accordion-like face – also performed well.

He said one drawback of the surgical mask is that it should be discarded after each use, unlike a two-layer cotton mask that can be washed and reused repeatedly. The tightly-woven homemade cotton masks also performed well, he said.

“All of the homemade cotton masks that were two layers worked really well,” he said. “I think that’s really exciting because it shows that even stuff you can make at home has a significant impact on the amount of droplets that you are emitting into spaces when you go to the store, or when you go into any other enclosed environment.”

Henrion said surgical masks become less effective the more they are worn, and cotton masks should be washed as often as possible.

Masks that didn’t do well in the study were the bandana and the neck fleece, also known as a gaiter. Henrion said the type of neck fleece material used in the study was thin and stretchy. He said the gaiter might have performed well had it been made of a different material, such as polypropylene.

Henrion and Westman said the research they conducted, along with other studies, provides one vital takeaway.

“If everyone wore a mask, we could stop up to 99% of these droplets before they reach someone else,” Westman said in a Duke news report. “In the absence of a vaccine or antiviral medicine, it’s the one proven way to protect others as well as yourself.”

It’s impossible to know whether the edict Woods made against his employees wearing masks caused a spike in coronavirus cases in Marion County, Florida.

But Henrion said one only has to look at other states and countries to get an idea of how effective they can be.

“Every country in the world that has a universal masking culture, they all massively stop their epidemics, much better than we have,” he said. “And insofar as different states in the United States have imposed mask requirements … they are seeing reductions in their transmission. It’s just a fact.

“We just have to look at all of the evidence we have, and it’s all pointing in one direction, which is masks work, and what’s more, they are really simple.”