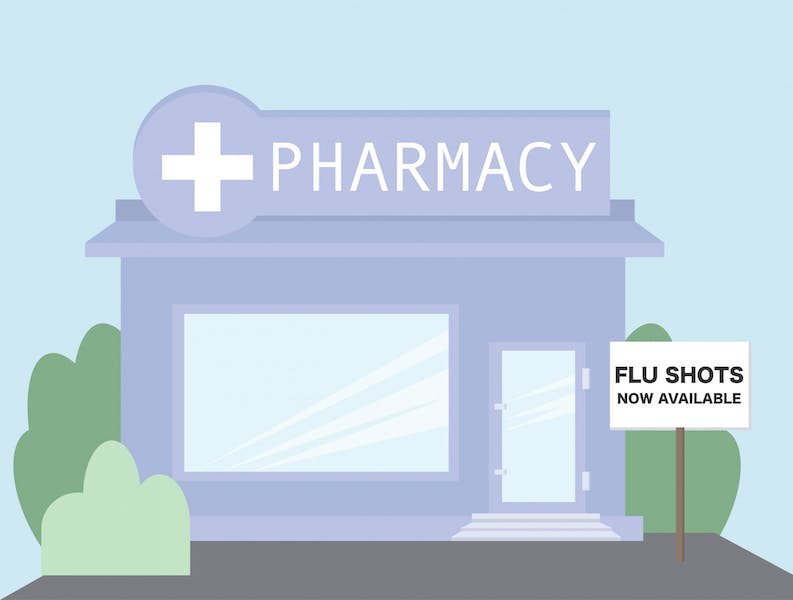 Doctors from Student Health and Wellness and U.Va. Health provide guidelines on ways to prevent the spread of infection and ease symptoms, as students experience this spike in illness this fall semester.

James Nataro, pediatric infectious disease specialist and chair of the Department of Pediatrics at U.Va. Health, said there are generally two ways these viruses can be transmitted — through touching fomites or through droplets in the air that contain viral particles. The extent to which each type of transmission occurs depends on the biological properties of the virus, but respiratory viruses such as the cold, flu and COVID-19 tend to have commonalities between them.

“Most of the respiratory viruses that we know about and things like the common cold virus and SARS-CoV-2 virus, the COVID-19 virus –– these are viruses that are spread by large droplets, and that’s why we can say that, you know, a six foot radius, right, is probably safe,” Nataro said. “Large droplets are the ones … that you might release in a sneeze or even talking, but they’re so heavy that they don’t travel more than three to say eight feet.”

Common cold viruses tend to be more stable on surfaces and are therefore definitely transmissible through fomites, which are inanimate objects that are likely sites for transmission, Nataro said.

“Every virus has a protein coat of some sort, and there are viruses where the protein coat is the outermost part of the virus, and some of those are very, very stable on surfaces,” Nataro said. “If they [the virus particles] start in your secretion, your saliva or mucus or something, and they get on the surface, they can survive for long periods on those surfaces even after drying.”

Considering that both the cold and flu are caused by respiratory viruses that tend to follow a similar pattern of transmission, they also tend to lead to the same seasonality observed in the winter months.

Sean Moore, pediatric gastroenterologist at U.Va. Health, said the seasonality of the cold and the flu may be due to the effect of weather on people’s habits. Being in school is a major contributor to the spread of viral respiratory infection, Moore said.

“When you bring lots of people indoors, lots of children indoors, into the … fall season, that’s when you’re going to see a lot of opportunities for circulation of seasonal influenza and other respiratory viruses,” Moore said.

Nataro said some contributing factors such as being indoors and dry, cold air explain the seasonality of respiratory viruses, but admitted that doctors only partially understand why seasonality is observed.

“Being indoors definitely promotes transmissions –– no question about that,” Nataro said. “And [as] the air cools and humidity drops, that also seems to promote the transmission of some viruses. And any effect of very cold air on the human respiratory tract also seems to have a contribution.”

Since the University resumed more normal operations in the fall semester, students transitioned to in-person instruction as well as other activities in indoor settings — such as living in dorms and eating in dining halls. In an article by AIMS Press about controlling the spread of COVID-19 on college campuses, researchers at Duke University used complex mathematical models to determine how to suppress the spread of COVID-19 in dorms and classrooms.

The researchers found single dorms rather than double dorms significantly reduced the spread of the virus. Additionally, they found that larger classrooms increased viral transmission, and were trying to determine the threshold — the size of a classroom — for which to move classes online to prevent an outbreak from occurring. They found that this threshold would depend on the contagiousness of the disease in classrooms.

Second-year College student Grace Cole had a cold during mid-September and suspects she contracted it from someone she has interacted with.

“I got sick after other people around me I had noticed were getting sick,” Cole said. “I was really shocked because I hadn’t been sick in a really long time because we’ve been wearing masks for so long, and I wasn’t in school for a year.”

Moore said that last year’s flu season was the mildest flu season observed in history in both the northern and the southern hemispheres likely due to enforced social distancing and mask wearing amid the COVID-19 pandemic. A CDC article on the 2020-2021 Flu season confirms that flu activity was unusually low in the United States and globally despite high levels of testing. The article states that possible explanations for the low flu activity include COVID-19 mitigations such as wearing masks, staying at home, school closures, reduced travel and physical distancing.

The team recommended that students obtain the flu vaccine and the COVID-19 booster vaccine as soon as possible. The Virginia Department of Health recommends that people 18 years and older receive the booster shot at least six months after the primary series. The doctors from Student Health also provided guidelines to students experiencing cold or flu-like symptoms.

“If [students] are feeling sick with flu-like symptoms, they should not go to class,” the team of doctors said. “Instead, they can seek medical advice from Student Health and Wellness and get tested for the flu and/or COVID-19. Wearing face masks, hand washing and spending time outdoors when in groups or if eating will also decrease the spread of flu and other respiratory illnesses.”

Outside of vaccinations, there are no medications designed to help the immune system fight off cold and flu viruses once the body has been infected with a particular virus. It is important to note that antibiotics — which are used to fight off bacterial infections — are not prescribed for the cold and flu. Cold and flu medications are used to ease the symptoms of the illness rather than curing it. Once the virus has been detected, it is up to the immune system to tackle the healing process.

For easing the cold and flu symptoms, Moore offered a few recommendations.

“For young people who have sore throat or cough symptoms, as part of their cold I’ll typically recommend honey,” Moore said. “I’ll also recommend humidified air, taking Tylenol or Motrin as needed for any fevers, and … make sure to drink plenty of fluids and try to catch up on sleep.”