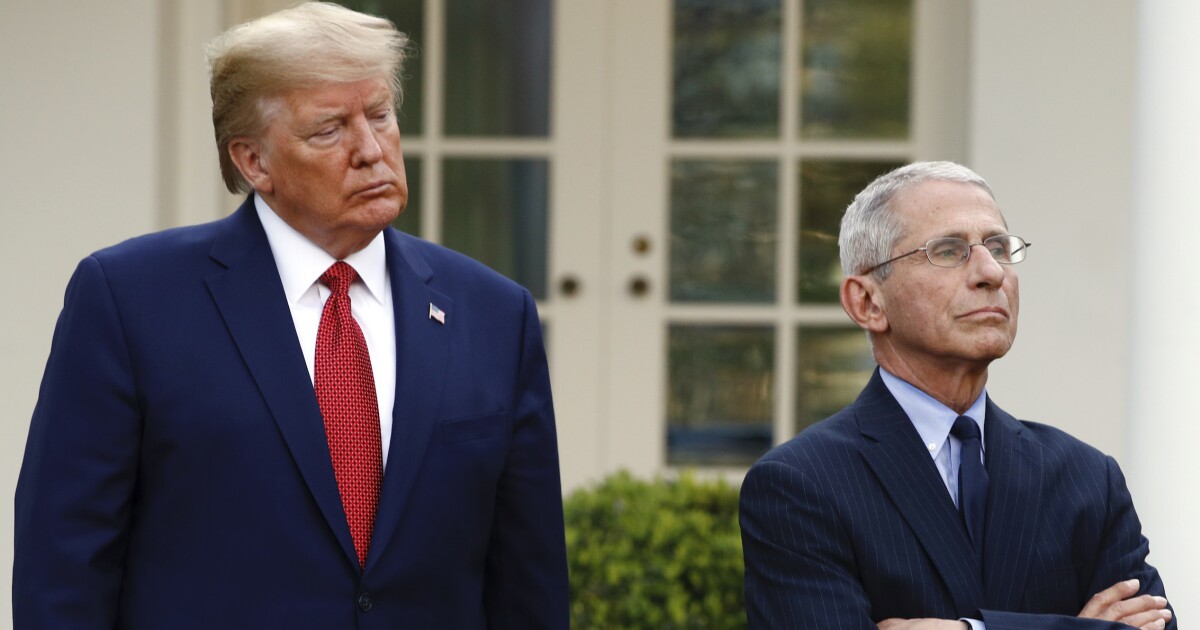 Fauci, one of the country’s top experts of infectious diseases and a member of the White House coronavirus task force, also warned on Thursday that people with the virus might look healthy, but symptoms may worsen days after the diagnosis. In Trump’s case, Fauci said he’s unsure if that would happen.

“He certainly looks good and apparently feels good,” Fauci told Andrea Mitchell on MSNBC. “One of the issues that we all have to be aware, and his physicians are aware of this, that the history of COVID-19 is that you could look and feel like you’re doing reasonably well, and after a couple of days you could have a downturn, namely have a reversal. That’s possible. The chances of that happening, I don’t know. As good as he looks, I don’t think that’s going to happen, but I don’t know.”

Earlier on Thursday, Trump said he was feeling well and that he felt ready to continue campaigning with the election now less than a month away.

“I’m back because I’m a perfect physical specimen,” Trump told Fox Business anchor Maria Bartiromo in his first interview since he announced he had contracted the coronavirus.

Trump received REGN-COV2, an antibody cocktail by New York biotech company Regeneron, after testing positive for the virus. The experimental drug is a pair of monoclonal antibodies that aims to mimic the natural process of the immune system to help fight off diseases.

Fauci said the preliminary data of the antibodies are generally favorable.

“I think it’s a reasonably good chance that the antibody that he received, the Regeneron antibody, made a significant difference in a positive way in his course,” he said.

On whether Trump may still be infectious, Fauci cited information from the Centers for Disease Control and Prevention that states someone can typically be considered noninfectious after 10 days have passed following the onset of symptoms.

It is also recommended for someone to be certain they are noninfectious to have two negative polymerase chain reaction tests 24 hours apart.

“So if the president goes 10 days without symptoms, and they do the tests that we were talking about, then you could make the assumption, based on good science, that he is not infected,” Fauci said. “But you have to wait and make sure you go through those particular benchmarks that are delineated in the CDC guidelines.”