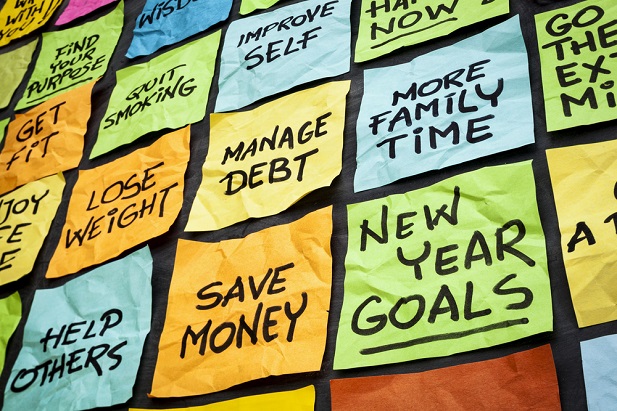 Financial wellness is giving weight loss a run for its money as the top New Year’s resolution for many Americans.

Two-thirds of people expect 2022 to be the year they become more financially stable, according to a new survey commissioned by the shopping platform Slickdeals. Three-fourths of Americans have made a resolution centered around being smarter with their finances, up from 73 percent who did so last year. Six in 10 said 2021 was easier on their finances — twice the amount of people who claimed 2020 was painless on their finances (31 percent). Only 15 percent reported financial difficulties in 2021, compared to close to half in 2020.

Employment status may play a role in how people feel about their finances. Seventy-six percent had full-time employment in 2021, up from 58 percent in 2020. The study also revealed that three in four believe they can accumulate more wealth in the new year by repairing their financial statuses. The best ways to do so, according to respondents, include getting out of debt (50 percent), eliminating unnecessary bills (47 percent) and seeking deals or coupons when shopping (44 percent).

More than three-quarters recognize that being more financially responsible means changing their shopping habits, despite 65 percent admitting they went overboard with their money in 2021. The majority of respondents (83 percent) believe having financial stability can have a positive domino effect in their lives.

The survey found that these are the top 10 financial objectives for 2022:

“The new year is a great time to review your financial scorecard for the past year and then set goals for improvement,” said Louie Patterson, senior finance editor for Slickdeals. ”It’s promising that heading into 2022, Americans reported optimism about their finances, and some simple tweaks in the new year can help them reach their goals even faster.”

MagnifyMoney, an online financial resource, asked Americans about their financial achievements in 2021 and goals for the coming year in its survey:

“The best thing you can do is to be honest about where you stand,” said Ismat Mangla, senior content director for MagnifyMoney. “You can’t reach your goals if you don’t first understand where you are in relation to them.”