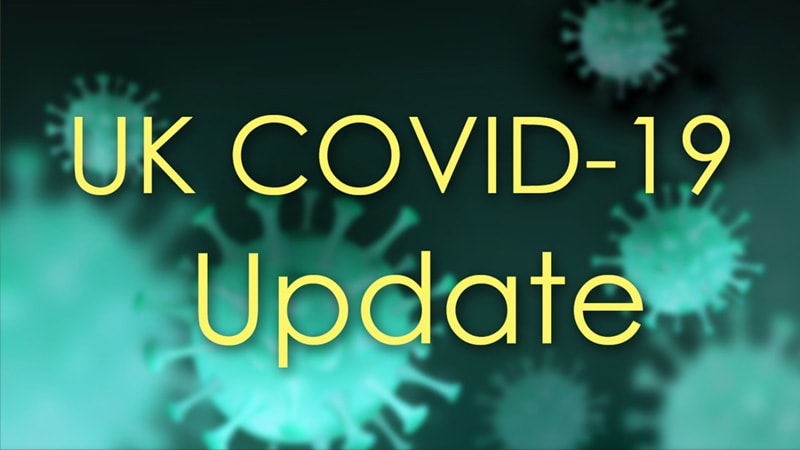 These are the UK coronavirus stories you need to know about today.

A health professional is facing what’s thought to be the first Fitness to Practise hearing over allegations around delayed patient care when PPE hadn’t been provided.

No more details have been released but news of the case emerged in a tweet from healthcare regulatory solicitor Andrea James from the Brabners law firm. “Was expecting it, but still disgusted to have received first #FitnessToPractise case arising from NHS Trust disciplining healthcare professional who expressed concern about/delayed attending to a COVID+ patient without PPE (NHS Trust having failed to provide said PPE),” she wrote.

Medical Protection Society Medical Director Rob Hendry told The BMJ “it should not come to this: healthcare workers should not be held personally accountable for decisions or adverse outcomes that are ultimately the result of poor PPE provision”.

The Government has done two more deals to secure 90 million doses of two promising COVID-19 vaccines. That takes the total number of vaccine deals to six.

In return Novavax will get support for its phase 3 trial in the UK. The vaccine will also be manufactured in the UK.

In a news release, Business Secretary Alok Sharma said: “The Government’s strategy to build a portfolio of promising vaccine candidates will ensure we have the best chance possible of finding one that works.”

Travellers coming to the UK from France, the Netherlands, Monaco, Malta, Turks and Caicos Islands, and Aruba will have to self-isolate for 2 weeks from 4am Saturday morning.

The Department for Transport said that in the past week there has been a 66% increase in newly reported COVID-19 cases in France and a 52% increase in weekly incidence rate per 100,000 population. There’s also been a 52% rise in cases in the Netherlands, it said.

France warned it would reciprocate for travellers arriving from the UK.

Office for National Statistics social impact survey data found 62% adults were very unlikely to travel abroad on holiday if they had to self-isolate at home for 2 weeks when they arrived back. Twenty percent reported cancelling travel plans abroad because of the restrictions.

At home a YouGov poll of 1134 people in Scotland suggests 4 in 10 don’t want tourists from England entering Scotland. The feeling was higher among those supporting the SNP than Labour, or the Conservatives.

Scots were less likely to want similar bans for travellers from Wales and Northern Ireland.

There’s been a rise in Northern Ireland’s R number to 1.2-2.0. It follows a doubling of the 7 day rolling average for new cases in the last week.

England’s R number is 0.8-1.0. R is at one or above in all English regions except the South East.

The latest COVID-19 Infection Survey data from the Office for National Statistics (ONS) suggest a rise in new cases in England may be levelling off.

Katherine Kent from ONS commented: “This week’s estimate suggests that the increase in infections in England seen in July has now levelled off.

“Regional analysis of antibody data for England, published for the first time this week, show that a higher percentage of people in London have ever tested positive for antibodies to the virus than in Yorkshire and the Humber, the East Midlands, the South East and the South West, though there is not yet enough evidence to show differences between other regions of England.”

Wales has announced more easing of measures from Saturday 22 August.

Up to four households will be able to join together to form a single extended household.

Meals following weddings, civil partnerships, or funerals will be allowed for up to 30 people indoors.

From tomorrow in England beauty clinics and other businesses will be able to offer more close contact treatments. Also opening will be bowling alleys, skating rinks, and casinos, indoor play and soft play centres.

Pilots to allow spectators into some sports event also resume.

These measures were delayed from the end of July when the PM put them on hold due to rising cases.

Restrictions on household gatherings continue to apply to parts of the North West, West Yorkshire, East Lancashire, and Leicester.

Newark and Sherwood have been added to Public Health England’s ‘areas of concern’ list but Eden is being removed.

There are new fines for organisers of illegal raves and gatherings, and fines for repeat ‘failure to face cover’ offenders double to £3200.

In Scotland it is mandatory from today for the hospitality industry to collect customers’  contact details.

Northern Ireland announced a quarter of a million downloads of its StopCOVID NI tracing app since it was launched 2 weeks ago.

Health Minister Robin Swann said: “Since going live 39 diagnosis keys have been uploaded, and 19 exposure notifications to self-isolate for 14 days have been issued to close contact matches thus helping to limit the spread of the infection.”

Trust in Test and Trace

NHS Providers reported 18% of trust leaders think the Government has the right approach to test and trace in England.

The results come from a 3 week member survey that began at the end of June.

It also found 56% had the capacity to test patients as required when paused services resume.

Commenting, Chief Executive Chris Hopson, said: “NHS trusts have a key role to play in building the extra testing capacity that will be required this winter. NHS Test and Trace’s job is to co-ordinate all of this activity, making it as easy as possible for each of us to do what we need to do. But we need to recognise that they have had to start from a very difficult position, due to the failure of government to have the system in place at an earlier stage, when it was sorely needed.”

Continuining UCL social research found a quarter of people in the UK reported some kind of discrimination under lockdown.

Commenting,  Dr Daisy Fancourt, lead author, said: “Our study shows that during lockdown many people have reported a rise in perceived discrimination, especially younger people and those from BAME groups.

“This could be due to certain groups being perceived to be more likely to carry the virus or not take proper care in preventing its spread.”

She added: “Those with existing health conditions or disabilities may also feel discriminated against due to a much higher risk of dying from the virus, as well as the powers given to reduce provisions for the disabled and elderly by the Coronavirus Act.”

The study also found complete compliance with lockdown rules remained at around 40%, while majority compliance is at around 90%. Compliance was higher in over-60s and lowest in under-30s.