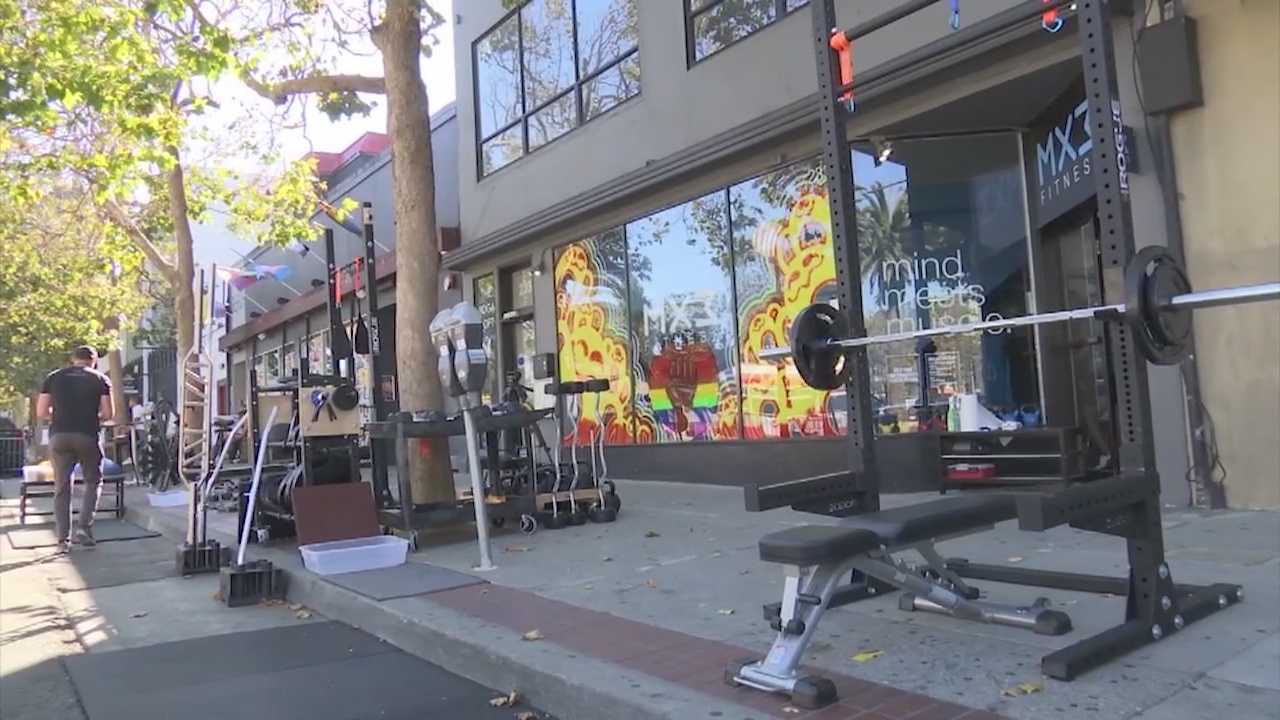 San Francisco fitness studios fear widespread, permanent closures throughout the city as the coronavirus pushes them deeper into financial debt.

With the current health order, indoor gyms must remain closed but a select few have been able to re-open partially outdoors with special permitting.

KRON4 spoke to MX3 Fitness in the Castro District about their pleas to the city.

This fitness studio and a majority of the others in the city, want to be considered an essential service.

They also want the city to allow them to safely reopen, before it’s too late.

This fitness studio is one of the few that partially reopened outdoors but even then, the owner says it’s not enough to pay the bills.

“If the city doesn’t do something to allow us to reopen safely, you can expect that every neighborhood fitness studio is going to die,” Karraker said.

Dave Karraker is the co-owner of MX3 Fitness in San Francisco’s Castro Neighborhood.

Just in the last two weeks, Karraker says six of the group’s fitness centers closed because of the pandemic.

“We anticipate many more on the horizon. I was talking to a gym just the other day, one of the bigger gyms and they have a quarter of a million dollars worth of debt. We have $20,000 worth of debt,” Karraker said.

While MX3 Fitness recently opened supervised sidewalk workouts, where two people can work out at a time for 55 minutes, Karraker says this business model won’t keep them open for long.

“It’s a little bit of a band aid but we’re still down 80% in terms of revenue,” Karraker said.

Earlier this week, the independent fitness studio coalition took these concerns to the city’s health officer asking why physical therapists can reopen but services like personal training can’t.

“I can’t give you a rational reason why a physical therapist can do this and somebody who does personal services who I know can mitigate risks can’t,” Tomás Aragón said.

Health officer Tomás Aragón later suggested that the city may alter the way it reopens.

“We’re promoting the idea to moving towards a risk-based approach so we’re focusing on risk, behavior, setting, and activity that increases risk so we’re not picking one industry versus another,” Aragón said.

If things continue that way, he says they’re going to need financial relief or there will be many more empty storefronts in the city.