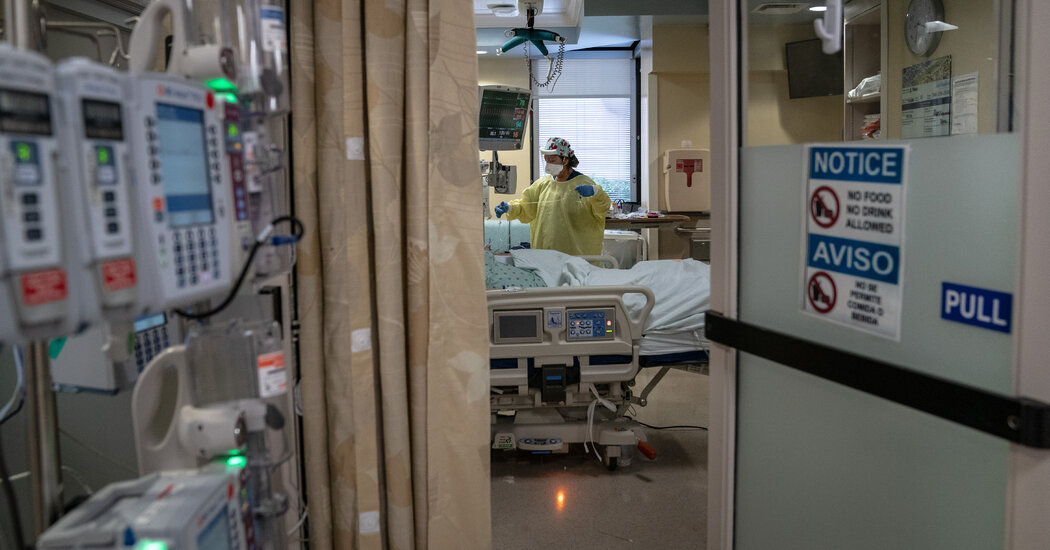 “These are the elite of the infection control personnel from hospitals all over the country,” said Dr. William Schaffner, an infectious disease expert at Vanderbilt University, who is not affiliated with the group. Another expert, Michael T. Osterholm of the University of Minnesota, said the letter should be taken “very seriously.”

At the outset of the pandemic, the C.D.C. expanded its National Healthcare Safety Network, which for several decades has collected information on hospital infections, to begin collecting hospital data related to the virus. Hospitals around the country are familiar with the network, which the authors of the letter described as a “robust” surveillance system. The C.D.C. published estimates of hospital bed capacity, based on the information it collected.

But officials at the health and human services agency felt the C.D.C. was not moving quickly enough. Earlier this year, they set up their own data tracking system — H.H.S. Protect — and hired TeleTracking Technologies, a Pittsburgh firm, to take over the C.D.C.’s duties. Mr. Azar made the switch official in a notice to hospitals issued on July 10, and on July 14 the C.D.C. stopped publishing its estimates.

The C.D.C. referred questions about the letter to the Department of Health and Human Services, where officials say the new system was necessary to streamline and improve data collection. A spokesman for Mr. Azar, Michael Caputo, said that the C.D.C.’s health care network “was unable to keep up with the fast-paced data collection demands of the Covid-19 pandemic” and that the C.D.C. still had access to the data.

“If the writers of that letter want the C.D.C. to be more involved in the hospital data, they should tell the C.D.C., because the C.D.C. has refused to be involved in something that they don’t control,” Mr. Caputo said. When the shift occurred, he added, “they had a tantrum.”

After critics raised concerns about access to the data under the new system, the health and human services agency created a new website, the H.H.S. Protect Public Data Hub, to make its analyses of the data public. The website also includes a link to the underlying data, which is far less user friendly than the analyses.

While H.H.S. officials say the underlying data is updated daily, The Wall Street Journal reported Wednesday that outside experts who are tracking the pandemic say there has been a lag of a week or more in reporting key indicators that flow from the analyses, such as estimates of the share of inpatient beds occupied by Covid-19 patients.