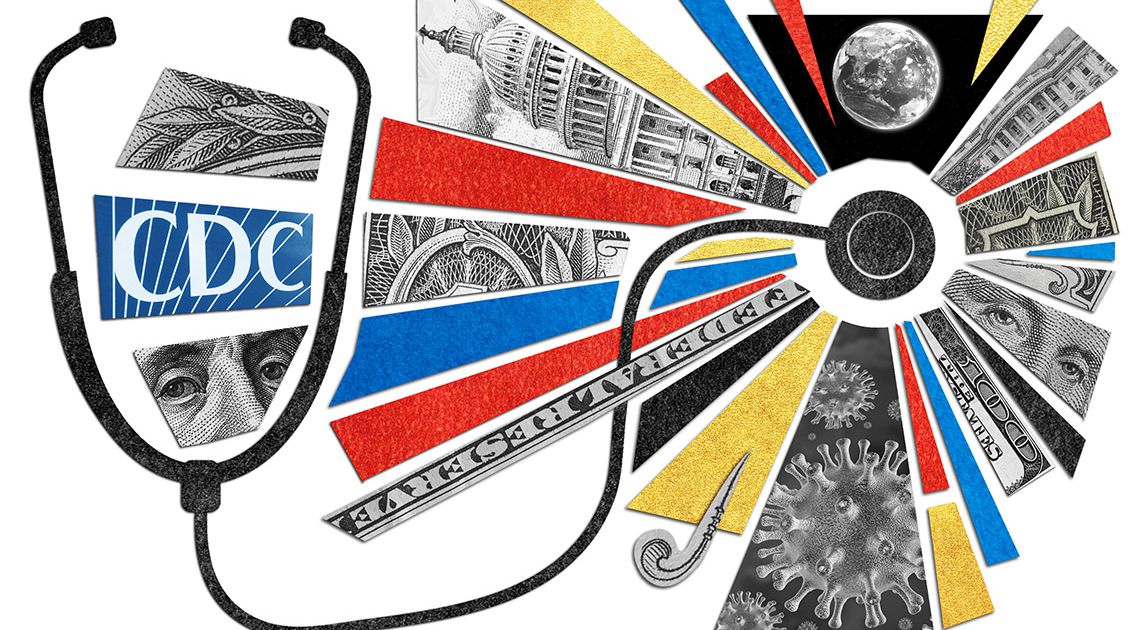 The Dallas Morning News is publishing a multi-part series on important issues for voters to consider as they decide who to vote for president this year. This is the second installment of our What’s at Stake series, and it focuses on foreign policy. Find the full series here.

There are three things that the COVID-19 pandemic has made clear about public health: it’s global; it’s intrinsically tied to economic prosperity; and it is a part of our national security.

While we annually pour billions into our national defense, federal support of public health has been stagnant. Centers for Disease Control and Prevention funding specific to state and local public health preparedness has been cut from $939 million in fiscal year 2003 to $675 million in 2020. Over the last decade, frontline state and local health departments have lost more than 56,000 positions due to funding cuts. Yet America has lost more lives to COVID-19 than we did in the Vietnam War or World War I. And in just a few short months, we have already spent more in COVID-19 relief packages than we have on the Iraq War.

The cost of our lack of preparedness has been staggering, with economic devastation surpassing the Great Recession and unemployment rates on par with the Great Depression. This life-altering event needs more than emergency spending bills to plug holes. We need to fundamentally alter our approach to public health.

This will require that we begin viewing public health as central to our nation’s economic well-being, defense and diplomacy. And we have models from which to learn. Indeed, 17 years ago when I was senate majority leader, we enacted legislation to address another viral pandemic: HIV/AIDS. The President’s Emergency Plan for AIDS Relief (PEPFAR), signed into law in 2003 by President George W. Bush, was the single largest commitment any one country had ever made to combat a disease.

At its peak, HIV/AIDS was killing 3 million people globally each year. With PEPFAR, we led the world in an unprecedented response that funded treatments, prevention and research, and strengthened health care systems: first in 13 high-burden countries and now in more than 50.

Today, as a result of PEPFAR, over 20 million lives have been saved, with 15 million people (including over 700,000 children) receiving lifesaving antiretroviral treatment, more than 2.4 million babies born HIV-free to mothers living with HIV, and support and critical care provided to 6.8 million orphans and vulnerable children and their caregivers. But the impacts of PEPFAR stretch far beyond treating a disease. Thanks to this U.S. investment in public health, countries that had been decimated by the virus came back to life.

In sub-Saharan Africa, nations where a whole generation of working-age adults had been lost to or sickened by HIV/AIDS, able-bodied men and women were again able to return to work and contribute to the economy. Family units that were repeatedly destroyed by the virus were preserved with lifesaving antiretroviral treatment and prevention. And, with their people regaining their health, governments and the rule of law strengthened in these nations, as did their diplomatic and trade relationships with the United States.

Most Americans are not familiar with the extent of the ravages that HIV/AIDS brought to many African nations, but now, as we live through COVID-19, we can all recognize how a deadly disease can shred the fabric of a society.

Here is what we can do to make sure we are prepared for the inevitable biological and infectious diseases which will come in the future, so that our society is not again pushed to its limits.

First, we must recognize our national health, when it comes to recurrent deadly viruses and pandemics, depends on global health. The ability of other countries to prepare for and respond to outbreaks directly affects our own health security and compels us to rethink how we approach development assistance, cooperation, innovation and international organizations.

We typically commit about 1% of federal resources to international assistance, but in our COVID-19 emergency packages, only one-tenth of 1% of funds have gone to help low- and middle-income countries in their COVID-19 fight. We must recognize containing COVID-19 globally — and any other viral threat in the future — is essential to halting its spread in the U.S., particularly as we begin to reopen our country for travel and business. Development assistance is a national security imperative and not simply a so-called “soft power” instrument of subtle persuasion or a humanitarian imperative.

Second, we must center our national approach on key areas — the same ones I outlined 15 years ago in a 2005 pandemic preparedness plan I devised after spending time on the ground in Africa treating HIV patients and in China with a Senate delegation during SARS. In sum, they are:

Communication: Making clear who is in charge of leading a “whole of government” response in an emerging pandemic.

Research and development: Establishing a “Manhattan Project of the 21st Century” to defend against naturally occurring, accidental and intentional threats — including infectious disease.

Stockpiling and surge capacity: Ensuring supplies are responsibly maintained and distributed where the risk is greatest.

Some of this can be addressed with the passage of legislation like the Preparing for the Next Pandemic Act recently released by my friend Sen. Lamar Alexander, which focuses on onshore manufacturing and state and federal stockpiles.

And finally, the American public must vote. This November, make your voice heard and support the candidates at the federal, state and local levels who will invest in and support public health, who will follow the science, and will — as a result — improve the health and economic prosperity of our great nation for years to come.

It is time we recognized that our health security is our national security.

Sen. Bill Frist, M.D. is a heart transplant surgeon, former U.S. Senate majority leader from Tennessee, chairman of the executive council of Cressey & Company, and co-chairman of the Bipartisan Policy Center’s work on health innovation. He wrote this column for The Dallas Morning News.

Got an opinion about this issue? Send a letter to the editor, and you just might get published.