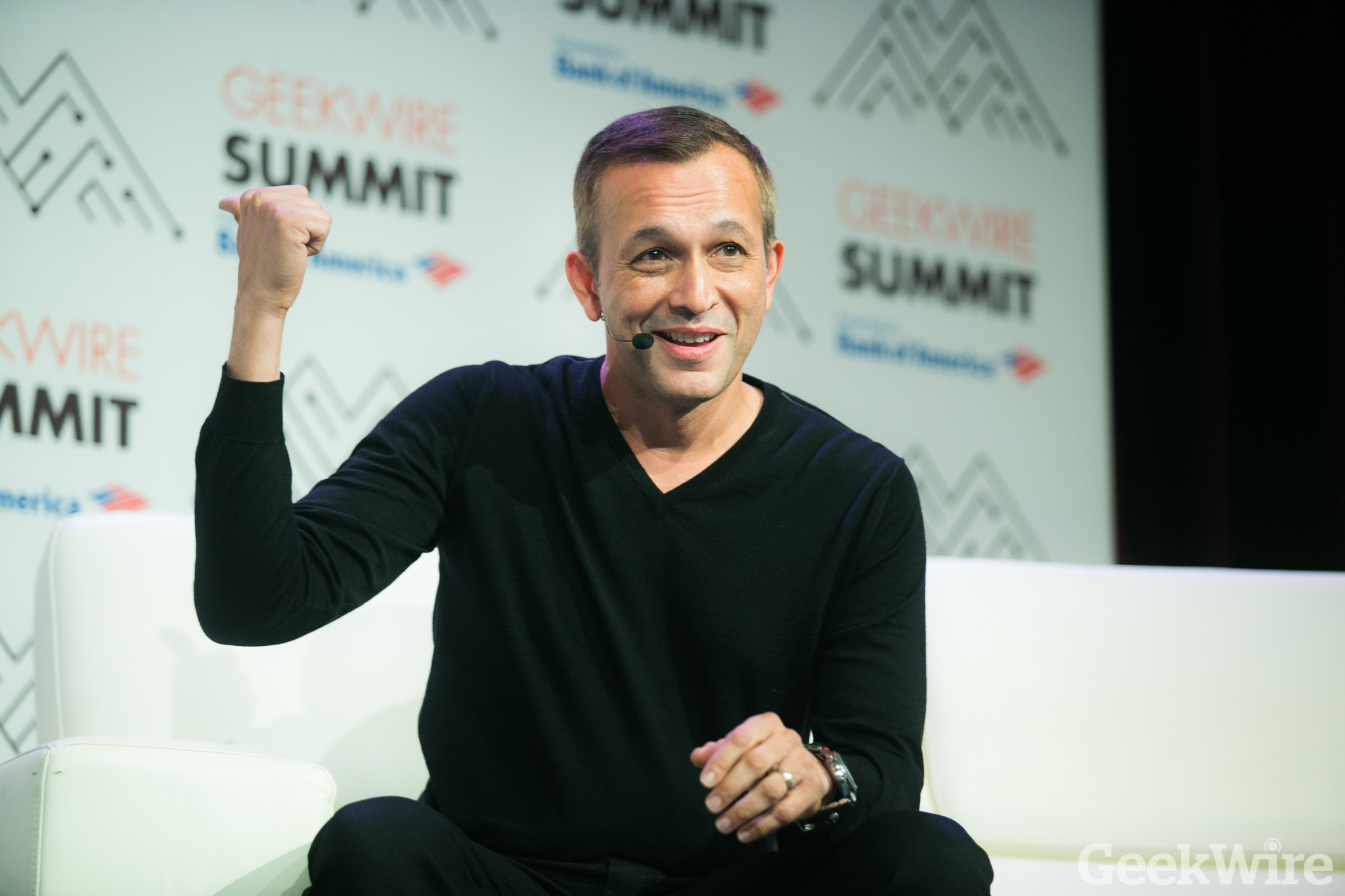 Seattle entrepreneur and former Concur president Raj Singh was back in the earnings hot seat Thursday afternoon as the CEO of Accolade, walking analysts and investors through the health benefits technology company’s first quarterly report since going public last month in a $1.2 billion initial public offering.

He was fortunate to have positive news to share with analysts and investors. Amid the uncertainty of the COVID-19 pandemic, Accolade reported a 25% increase in quarterly revenue to $35.9 million, while narrowing its loss by 12%, to $14 million.

The company’s stock is up more than 4% to $39 per share in after-hours trading following the earnings report.

Accolade, with headquarters in Seattle and Philadelphia, helps employees at its client companies navigate their health benefits, employing health assistants who work directly with members and can call on nurses and other clinicians as needed. The company said it had 60 corporate customers as of July 1, giving it more than 1.7 million members. Accolade has 1,250 employees of its own.

Some of the company’s biggest customers, such as American Airlines, have been impacted severely by COVID-19. Airlines represented 22% of Accolade’s revenues in its last fiscal year, and job cuts in the sector could negatively impact the company’s member base and revenue. Singh said Accolade has factored those cuts into its revenue forecasts, with no news to report on that front since the IPO.

But COVID-19 is also helping Accolade’s business. The company has been able to bring other corporate customers aboard with new services designed to help employees navigate the fallout from the pandemic.

Singh said on the earnings call that Johnson Controls, the building and facilities engineering giant, has become an Accolade customer. The contract is starting with as many as 30,000 Johnson Controls employees in the U.S. under Accolade’s COVID Response Care initiative, which supports employers in offering education, testing, contact tracing, return-to-work clearance, and other services.

Johnson Controls also signed on as a larger Accolade health and benefits customer for next year, covering all of its U.S. employees, Singh said.

Also in the quarter, Accolade launched a pilot program with the U.S. Defense Health Agency, its first federal government customer.

Singh said the pandemic has elevated the importance of health care for companies in a way that could ultimately boost demand for Accolade’s services, making health care and wellness “no longer a check-the-box benefit, but instead something that directly impacts business continuity.”

“We envision a world where, just as board audit committees now routinely review infosec protections for their companies, other board committees will now be reviewing the healthcare strategies for their businesses,” Singh said on the call.

The company’s earnings guidance for the current fiscal year points to a loss of $32 million to $36 million in adjusted earnings before interest, taxes, depreciation and amortization (EBITDA), compared with a loss of $33.1 million last fiscal year.

Diversifying its customer base is a key issue for the company, due to a concentration of big customers driving its revenue. Accolade’s four largest corporate customers (Comcast Cable, American Airlines, Lowe’s, and State Farm) were responsible for an aggregate total of 59% of its revenue of $132.5 million for its 2020 fiscal year, which ended in February, according to its previous financial filings. Its largest customer, Comcast, was responsible for nearly a quarter of its 2020 revenue.

Accolade was founded in 2007 by Michael Cline and Tom Spann. The company has been led since 2015 by Singh, who previously co-founded travel expense software giant Concur, which sold to SAP for $8.3 billion in 2014. Concur co-founder Mike Hilton is the Accolade chief product officer.