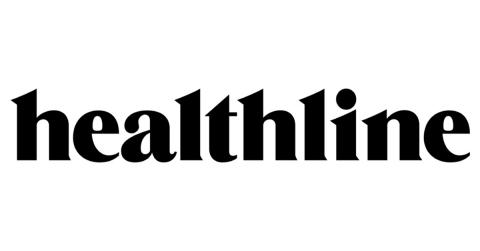 Healthline Media today announced it has acquired the popular website PsychCentral, adding a mental health property to Healthline’s roster of powerful digital brands that help people live their strongest and healthiest lives. Since its founding in 1995, PsychCentral has become one of the largest and most trusted sites about psychology and mental health issues.

“Adding PsychCentral to our portfolio of health and wellness brands is a natural evolution of our business,” said Healthline President Jeff Hallock. “Healthline already is the leader in providing people with what they need to live stronger and healthier lives. With mental health concerns skyrocketing, the best way for Healthline to quickly meet this demand was to acquire PsychCentral, an amazing resource that has been curated over 25 years.”

In addition to serving consumers, the acquisition will provide another trusted brand for Healthline’s direct advertising partners to reach their customers, Hallock added.

Mental health awareness is acutely important, especially in the current environment. Over half of Americans are living with anxiety, stress and depression, and it’s growing. With the COVID-19 pandemic still raging, people are increasingly looking for ways to cope.

Scientists in July reported an increase in rare heart conditions potentially linked to stress due to the pandemic. Moreover, prescription for anti-anxiety medications increased 34.1% from mid-February to mid-March, according to Express Scripts’ America’s State of Mind report from April. In addition, the number of prescriptions filled for antidepressants and sleep disorders increased 18.6% and 14.8%, respectively, during the same time period. Healthline’s own research shows record stress and anxiety among Americans, as published in its Mental Health Index. The company also has published a special mental health section with articles to help people take care of their total well-being during this unprecedented time.

PsychCentral was founded in 1995 by Dr. John Grohol, who set out to build a site devoted to helping people better understand the mental health and emotional challenges of their lives. At the time, it was called Psych Central: John Grohol’s Mental Health Page, and its directory of online mental health resources and information on symptoms gained immediate attention. Over the years, PsychCentral’s reach and audience grew, and Healthline sees far greater potential for PsychCentral as part of the Healthline family of properties. Dr. Grohol is staying on as a consultant.

“The choice to join the Healthline family was easy,” Dr. Grohol said. “Not only are they an amazing group of talented, passionate individuals, but they also deeply understand the importance of mental health and the challenges faced by those living with mental illness. I’m excited by the new paths PsychCentral will travel in the accomplished hands of everyone at Healthline.”

“Given everything the world is going through, the timing couldn’t be better,” Hallock said. “Millions of people around the world count on Healthline to help them through hard times, and we serve that growing audience with clear, evidence-based content and tools. PsychCentral is a symbiotic fit to Healthline’s mission and values.”

This is the fifth acquisition by Healthline in its more than 10-year history. Last year the company acquired Greatist, the health and wellness site for millennials. In 2018 Healthline acquired Authority Nutrition and Everyday Family, which it has blended into its other properties. In 2017 the company added Medical News Today, serving the professional and clinical audience. DiabetesMine, a site that has elevated Healthline’s outreach to people living with diabetes, was added in 2015.

The deal comes one year after Healthline Media itself was acquired by Red Ventures, a portfolio of digital brands.

San Francisco-based Healthline Media’s mission is to empower people to be their strongest and healthiest selves by being a trusted ally in their pursuit of health and well-being. The company’s properties include Healthline.com, MedicalNewsToday.com and Greatist.com. Healthline Media’s sites provide evidence-based articles with the highest standards of medical integrity that support the modern health consumer with a whole-person approach to health and wellness. Healthline Media is the top ranked health publisher and number 39 on Comscore’s Top 100 Property rankings through January 2020. Across all of its properties, Healthline Media publishes articles authored by more than 120 writers and reviewed by more than 100 doctors, clinicians, dietitians, and other experts. The company’s repository contains more than 70,000 articles, each updated with current protocol. More than 250 million people worldwide and 87 million people in the U.S. visit Healthline’s sites each month, according to data from Google Analytics and Comscore, respectively. Healthline Media is owned by Red Ventures.

Founded in 2000, Red Ventures is a portfolio of businesses that connects consumers with information and brands in the Home Services, Health, Financial Services and Education industries. Headquartered just south of Charlotte, NC, Red Ventures has 3,000 employees in 10 cities across the US, as well as in the UK and Brazil. Red Ventures owns and operates several large digital brands including Bankrate, The Points Guy, Healthline, MYMOVE, and Allconnect.com. For more information, visit https://redventures.com.