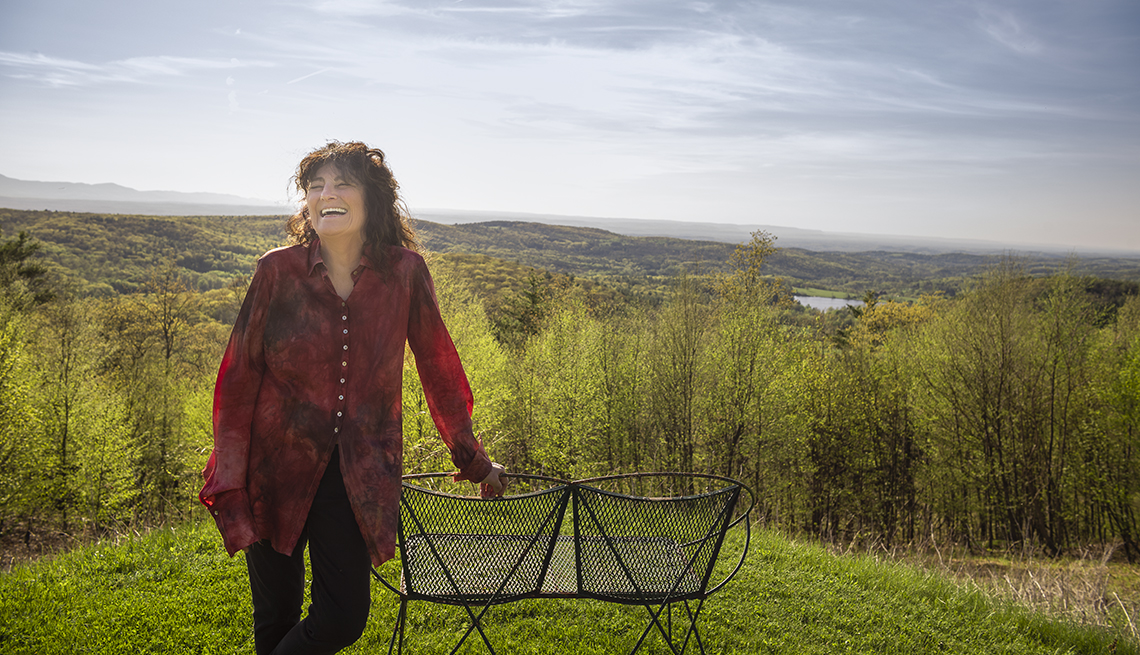 When I was growing up in Connecticut, my mother bought corn, poultry and tomatoes from the farm next door. Our milk came from the Loudon Dairy, down the road. The farm is long gone, and the dairy is now a golf course, but I never gave much thought to why they disappeared. It was not, it turns out, an accident.

As we entered World War II, almost a quarter of Americans were employed in farming. After the war ended and the Cold War began, our government decided that growing bigger, better and substantially more food than the Soviets did would be a great way to spread democracy. They began by converting into fertilizer the enormous stockpile of ammonium nitrate left over from the explosives program.

By 1960, our farms had become so efficient that fewer farmers were able to grow significantly more food, and farmers dwindled to 9 percent of the population. Small farms were gobbled up by bigger ones, and in suburban America, farms began to vanish. Urban dwellers barely noticed, but we were starting to lose touch with the way our food was grown. Things got so bad that, 10 years ago, when I handed a cucumber to a New York City kid, he looked at it with wonder. “What’s that?” he asked.

But we weren’t losing just farms. My family used to pile into Dad’s old woody station wagon every summer, stopping to eat at local restaurants as we drove across the country. I remember my first taste of Rhode Island stuffies and the thrill of Iowa loose-meat sandwiches, and, as we drove to South Carolina, I repeated the words “Frogmore stew, Frogmore stew,” over and over, wondering what that regional specialty would taste like.

Those trips ended in the ‘60s: Restaurants that served those dishes began to close, and road trips were a lot less fun when the only dining places left served fast food. Americans had chosen consistency over tradition, yet we lost more than regional flavors: We lost some of the glue that held rural America together.

Efficiency also invaded our homes. In the early ‘50s, Poppy Cannon’s The Can-Opener Cook Book charged onto the best-seller list with its suggestions for fast, easy family meals. When Mom became a fan, Dad and I began to dread dinner. I recently looked up the recipe for one of her favorite dishes: Casserole à la King. It turns out to be canned macaroni and cheese mixed with canned Chicken à la King and topped with grated cheese, bread crumbs and butter. Did Mom really think it was palatable? Did anyone? I expect that much of Poppy’s success was due to her promoting her specious theories on America’s favorite new medium, television.

But she was just a sign of the times. By the mid ‘50s, most American kitchens were equipped with refrigerators, and housewives filled their new freezers with three iconic foods of that moment: TV dinners, fish sticks and Tater Tots. Frankly, after Poppy Cannon’s concoctions, they were a thrill; those chicken TV dinners, with their peas and mashed potatoes, were some of the best meals Mom ever made.

“What we want is to make life more easy for our housewives,” Vice President Richard Nixon told Soviet Premier Nikita Khrushchev in the famous “kitchen debates” of 1959. My mother and legions of other women held Nixon to his word. For them, even TV dinners took too much time.

“Instant” became my mother’s favorite word as she happily embraced an entirely new group of foods designed to get her out of the kitchen quickly. Instant mashed potatoes, freeze-dried instant coffee, Pop-Tarts, Tang and, of course, Carnation Instant Breakfast began to line our cupboard shelves. Mom bragged she could get dinner on the table in 15 minutes flat.

Some people had second thoughts about all this. The price of air travel had dropped dramatically, and hordes of American tourists went off to explore Europe and other parts of the world on $5 a day. They came home hungry for the delicious foods they’d tasted on their travels. Julia Child was there to help.

“This book,” she wrote in the introduction to Mastering the Art of French Cooking, first published in 1961, is for the “American cook who can be unconcerned with budgets, waistlines or … anything which might interfere with the enjoyment of producing something wonderful to eat.”

But the ‘60s were a decade of enormous culinary conflict. Women, entering the workforce in record numbers, yearned for ever-easier and faster foods to prepare for their families. Frozen bread dough, frozen piecrusts, Green Giant peas and Cool Whip all entered the market to make their lives easier. And if they were a little late getting home from work, that problem was easily solved: Snack-food options were exploding, with the introduction of Pringles, Ruffles, Bugles, Chipos and Doritos.

The Julia Child crowd, however, had a new friend in the White House. Eleanor Roosevelt had served hot dogs to the king of England, and Mamie Eisenhower once plied the king of Greece with toasted Triscuits, but the new first lady was eager to show off a different side of America.

Jackie Kennedy lured a serious chef, René Verdon, to Washington so she could regale the president’s guests with quenelles and sole Véronique — two recipes straight from Julia’s book. Long before anyone had heard of farm-to-table cooking, Verdon was growing vegetables on the White House roof and herbs in the East Garden.

Perhaps that inspired Howard Johnson to hire an equally accomplished French chef to upgrade the food at his iconic chain of American restaurants. Jacques Pépin is one of America’s unsung heroes. At Howard Johnson’s, Jacques went back to the basics, making everything from scratch. He understood what American food could be: His kitchens turned out 10 tons of fresh hot dogs daily, and he insisted on real potatoes in the clam chowder and real clams in the fried strips. To this day, if you ask me to define American food, the first thing that comes to mind are my memories of those crisp, delicious fried clams.