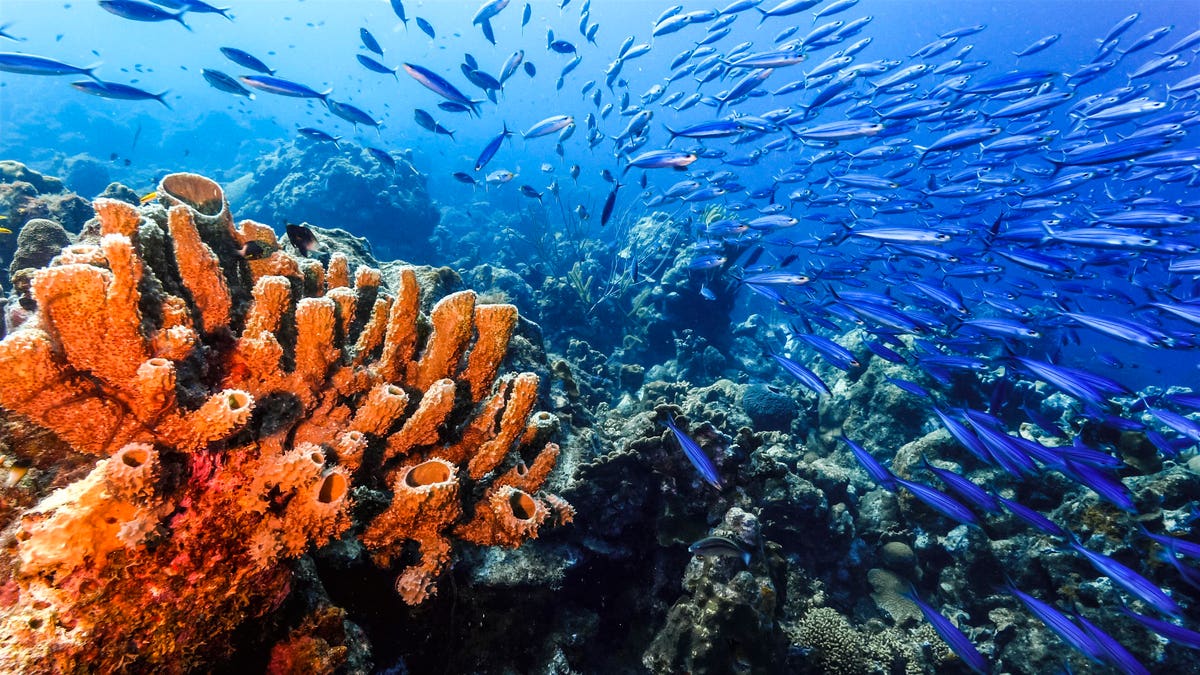 A Japanese oil tanker recently ran aground in the Indian Ocean, devastating one of the world’s last remaining global biodiversity hotspots. This could significantly impact the discovery of novel medicines, including those that might combat future pandemics. By killing organisms from fish to microbes, most of them unknown to science, this catastrophe deprives humans of potential therapeutics encoded by those creatures’ DNA. What sorts of life-changing molecules might we lose?

Medicinal Treasures Of The Deep

Dozens of impactful medicines have originated in the world’s oceans. AZT, the first effective antiviral treatment for HIV, was inspired by compounds made by coastal sponges, much like those presently drenched in oil near the coast of Mauritius. This type of molecule — a nucleoside analog — was the starting point for the discovery of antiviral drugs like acyclovir and its derivatives, which are mainstays for controlling flares of herpes and shingles. Chemicals made by ocean sponges possess an array of promising anti-infective activities, targeting pathogenic bacteria, fungi, and parasites. Sponge nucleoside derivatives led to the discovery of ara-C (Cytarabine), a drug that revolutionized the treatment of certain cancers, including leukemias and lymphomas. Cytarabine is a key component of chemotherapeutic regimens that have increased long-term survival in sufferers of acute lymphoblastic leukemia (ALL), the most common cancer in children. Since this drug’s approval by the FDA in 1969, ALL patients’ long-term survival has increased from 10% to 90%. Another sponge-derived molecule, eribulin (Halaven), marketed by the Japanese pharmaceutical company Eisai, is used to treat metastatic breast cancer in women who have already received chemotherapy. Dozens of potential therapeutics have been discovered in sponges, and they are but one type of ocean life.

Species of macroalgae (seaweed) harbor numerous potentially therapeutic compounds. Last month, an international research team showed that molecules extracted from algae can reduce the ability of SARS-CoV-2 (the virus causing Covid-19) to infect mammalian cells in a test tube.  In this experiment, the algal molecules performed better than Gilead’s remdesivir. Griffithsin, a molecule derived from a species of red algae endemic to the Canary Islands, inhibits the ability of MERS virus (a close relative of SARS-CoV-2) to invade mammalian cells. Molecules from algae are also under investigation for their ability to aid in the repair of spinal injuries.

The sea teems with microbes. These have evolved to produce chemicals that a pharmaceutical chemist would be unlikely to design. With humanity facing a smoldering pandemic due to antibiotic-resistant bacteria, ocean microbes may become valuable sources of antibacterial compounds. The antibiotic cyclomarin, which was discovered in an ocean bacterium near the Bahamas, is a promising example among many. Other ocean microbes, such as fungi, produce a host of potential drugs, including compounds having anti-cancer and anti-inflammatory activities.

In a world ravaged by opioid addiction, ocean organisms offer starting points to develop effective and non-addictive analgesics. Cone-snails hunt fish using a potent blend of toxins, many of which affect their prey’s nervous systems. Study of these toxins’ mechanisms of action has led to new drugs for pain relief, including FDA-approved Prialt for severe chronic pain. Other toxins from cone snails show potential for treating a variety of brain diseases, including depression and epilepsy.

These are but some of the examples of the oceans’ medicinal treasures. What we have yet to discover may profoundly impact human health and quality of life. Indeed, evolved chemistry may be the planet’s most valuable medicinal resource.

The richness and diversity of the chemicals produced by marine organisms is a consequence of the sundry evolutionary pressures under which they evolved. For instance, the numerous molecules in cone snails’ venom have evolved in an “arms race” with the snails’ prey. As the latter developed immunity to incapacitation by venom molecules, the cone snails produced ever more diverse venom components to maximize their predatory success. The snails consequently evolved to make a pharmacopeia of biologically active chemicals.

Ocean organisms live in environments full of gradients — conditions spanning extremes, which have selected for an extraordinary diversity of life-forms. Examples of such gradients are the sunlight, temperature, pressure, nutrients, salinity, and turbidity experienced by different ocean organisms. Due to their evolution in these gradients, ocean species developed legion metabolic strategies and chemistries particular to each species. These organisms’ evolutionary trajectories, which occurred in deep time and in inherently unknowable conditions, are irreproducible. It follows that much of the chemistry encoded by these species’ DNA, once lost, will never be rediscovered nor recreated by human genius.

The Value Of Preserving The Oceans’ Unknown Unknowns

Nature’s therapeutic molecules, and the organisms which make them, are but one category of oceans’ priceless biological assets. With more than 90% of ocean life undiscovered and the vast majority of known species uncharacterized at a molecular level, our losses with each oil spill and each dying reef are unknown and possibly unknowable. Even during a pandemic and economic meltdown, the destruction of an irreplaceable and pristine ocean ecosystem demands our attention. Human-made ecological disasters may deprive an infected patient of the antibiotic that will save their life, or a parent of the drug that will cure their child of cancer.