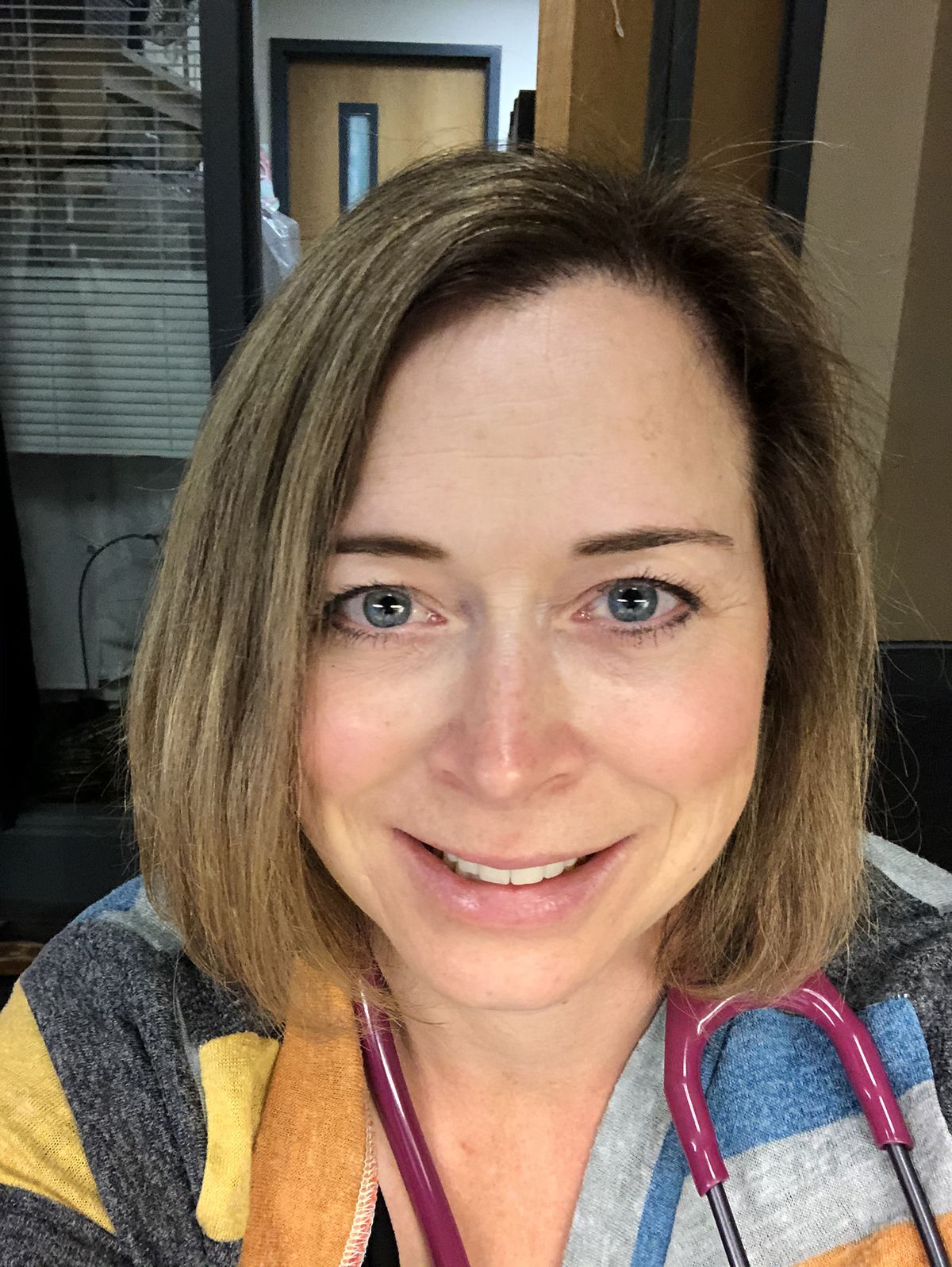 Shana Fogarty was on her second day off after working an 84-hour work week at the hospital when she began feeling suspicious symptoms.

Fogarty is a doctor at Kootenai Health, and while she was not working on the COVID unit, she felt the effects of the hospital reaching capacity even before she began to feel sick.

“We’ve been pretty much functioning at capacity for weeks,” she said.

As her symptoms persisted and she stayed home, she got tested for COVID-19. It came back positive.

As an essential worker, Fogarty had most recently been working on the internal medicine ward, but she had been careful. COVID-19 is a serious risk for her due to her underlying lung disease.

“I am one of those who tried really, really hard not to catch this,” Fogarty said. “I don’t go to the grocery stores. I go to work and come home.”

When the Panhandle Health Board rescinded the mask mandate in Kootenai County on Thursday, Fogarty spent that evening cleaning up her bed, full of vomit from her youngest son, who is also sick with the virus.

Two weeks into her fight with COVID-19, she is still coughing deeply when she talks and feeling fatigued. Fogarty said she was “absolutely horrified” by the board’s decision.

Wearing a mask can slow the spread of the virus and already did once in Kootenai County. After a spike in cases in late July, the board passed a mask mandate in Kootenai County. In subsequent weeks, the number of confirmed cases dropped. But now, cases are ticking up again and compliance seems to be lower than it once was.

“We know that pandemic fatigue is real. We’re all tired, and we all want to get back to normal, but we’re not ready for that,” Katherine Hoyer, public information officer at the Panhandle Health District, said.

Health officials are asking Panhandle residents to wear face coverings in public, not gather in large groups and limit travel.

Fogarty, who lives in Post Falls, said that everyone in the community needs to do their part by wearing a face covering when they are out.

“It’s probably the one thing people can do to keep our health system afloat,” Fogarty said. “I’ve never been sicker in my life than this, and I guess I hope people would think about this to prevent their own suffering from it.”

On October 10, Fogarty began to have a sore throat and a slight cough. She got tested and was put on steroids early on, as her symptoms worsened. Fogarty has had just about every symptom attached to COVID-19 except a fever. On Oct. 15, she tested officially positive for the virus.

Thankfully, with the exception of one physician assistant student who was shadowing her, no one else on her unit tested positive.

By then, she was worried about getting her family sick. She had confined herself to her bedroom for nearly two weeks. Her pulmonologist has recommended a 20-day quarantine, and on day 10 of her illness, breathing became very difficult.

Fogarty described it as “trying to breathe through a snorkel tube while my lungs were stuffed with cotton,” in a Facebook post. Even showering was exhausting.

Unfortunately, as of Friday, both of her sons are symptomatic, and one has officially tested positive for the virus.

Fogarty is one of 28 Kootenai Health employees out of work right now. Not all of those people have necessarily tested positive for the virus, however, and some might just need to stay at home to take care of sick loved ones or take care of a student who has to quarantine.

Kootenai Health has 36 COVID-19 patients in the hospital, with 13 requiring critical care–a record high thus far in the pandemic.

On Friday, the hospital is at about 96% occupancy, not due to COVID patients alone, but in all medical and surgical beds. With staffing shortages and demand for other necessary medical procedures, the Coeur d’Alene hospital is filling up.

The hospital is now doubling up its COVID rooms, Kootenai Health spokeswoman Andrea Nagle said. Transfers are still being accepted on a case-by-case basis, a precarious spot for the largest hospital in the five-county Panhandle to be in.

With spiking COVID case counts in Kootenai County and the Inland Northwest as a whole, this is likely going to continue in the coming weeks.

On Friday, the Panhandle Health District confirmed 138 cases, and since Monday, the district has confirmed more than 500 cases this week. There are 73 deaths from the virus in the five-county region.

In downtown Coeur d’Alene, very few businesses have signs on their windows indicating that they require masks inside.

All Things Irish is different, however.

Marianne Buley, who works there, said the owners are requiring masks although there are lots of other shops downtown that are not. Even with the rescinded mandate, they plan to continue to ask customers to wear face coverings inside.

“It’s such a little shop, and we can’t afford to get sick,” Buley said, noting that if the staff gets sick, then the shop will have to close.

She said requiring masks is also important to help older customers feel safer when they come into the shop.

They have hand sanitizer out front, Buley said, along with a sign that has the Irish word “sláinte.” It means good health.

Arielle Dreher’s reporting for The Spokesman-Review is funded in part by Report for America and by members of the Spokane community. This story can be republished by other organizations for free under a Creative Commons license. For more information on this, please contact our newspaper’s managing editor.