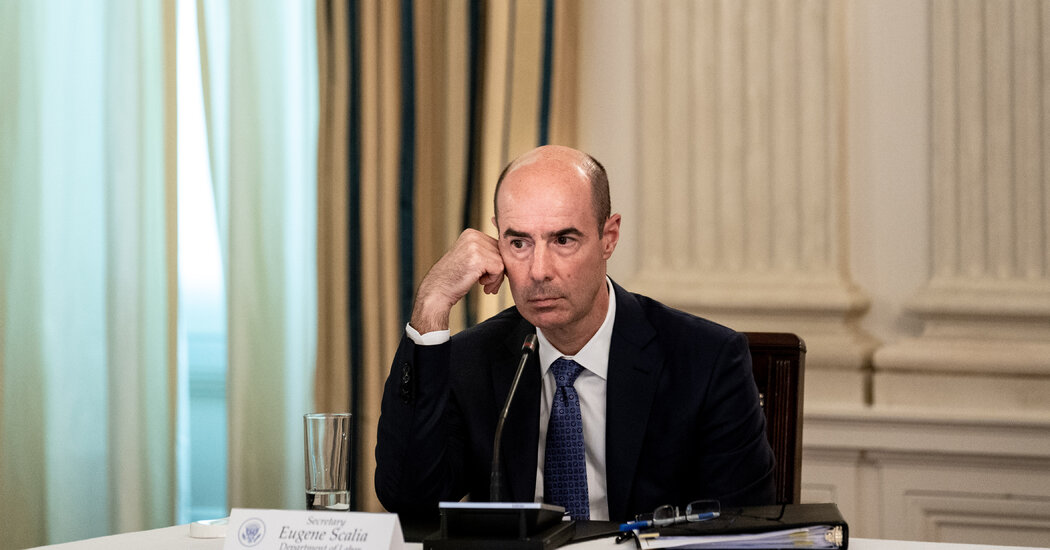 M. Patricia Smith, the Labor Department solicitor under President Barack Obama from 2010 to 2017, said in a text message that the two labor secretaries she served under did not directly involve themselves in settlement negotiations in cases that the department had brought. She said that Thomas E. Perez, Mr. Obama’s second labor secretary, would weigh in on the broader legal questions at stake in a negotiation but that “this number vs. that number was left to the litigators.”

Ms. Smith said it was not unusual for lawyers to send her drafts of briefs in important cases but that she would have only commented on the overall arguments, not word choice and grammar.

A current official and a former official with knowledge of the case described Oracle as aggressive from the get-go in dealing with the Labor Department in the matter. Not long before the trial began, the judge admonished Oracle for its “scorched earth” strategy of raising an “undifferentiated mass of what mostly appear to be meritless objections.”

Oracle has long been proactive in trying to influence legislation and regulation in Washington, spending $8.2 million on federal lobbying last year, according to the Center for Responsive Politics. And its top executives have built something rare among their tech industry peers: a close relationship with President Trump and his administration.

When Ms. Catz, the chief executive, joined the Trump transition team, most tech executives were still sizing up the incoming administration. “I plan to tell the president-elect that we are with him and are here to help in any way we can,” she said before a meeting between Mr. Trump and tech chief executives in December 2016.

Bloomberg News has reported that at a dinner in April 2018, Ms. Catz spoke with Mr. Trump about Oracle’s yearslong fight with Amazon and other companies over a $10 billion Pentagon cloud computing contract, though the Pentagon later announced that Oracle was out of the running because it hadn’t met the minimum requirements for the project.

The company’s executive chairman, Larry Ellison, hosted a fund-raiser for President Trump this year at his estate in Rancho Mirage, Calif. And the two men discussed the malaria drug hydroxychloroquine as a potential treatment for the coronavirus, according to a person familiar with the discussion. Mr. Trump came to be an evangelist for the drug, despite a lack of scientific evidence about its efficacy for such use.