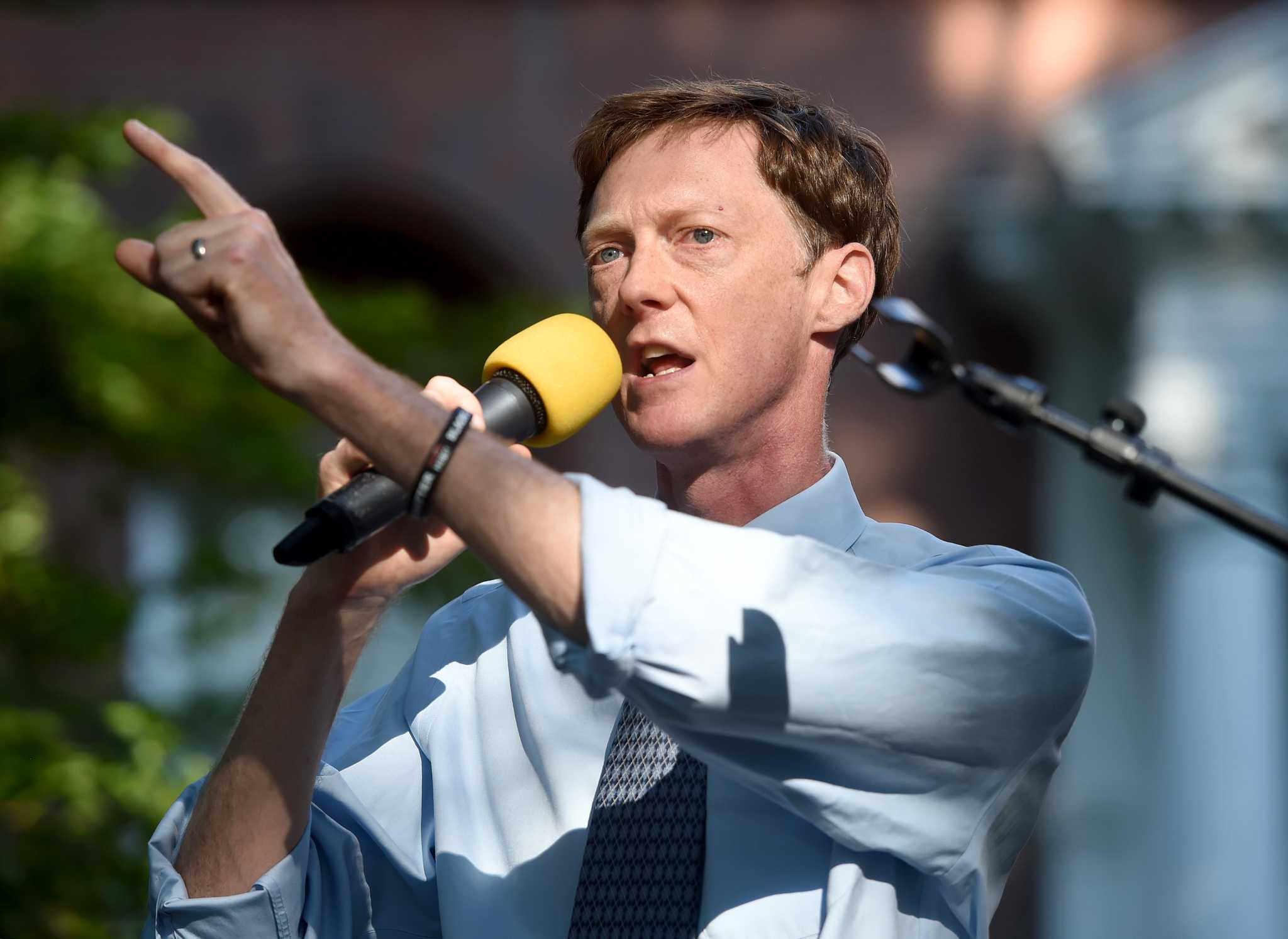 HARTFORD — A far-flung group of Democratic mayors on Wednesday called for the General Assembly to support a five-year, billion-dollar initiative to provide job training, employment opportunities and mental-health counseling for tens of thousands of the state’s at-risk youth, and provide alternatives to the despair of living in under-served communities.

The proposal was applauded by Connecticut Child Advocate, Sarah Eagan, who said that even before the pandemic reached the state two years ago, young people were stressed and without the kind of help that could change their lives at crucial moments in their teenage and young-adult lives.

“We are in a state of crisis,” Eagan said during a morning news conference outside the State Capitol. “Many, many many of our state’s children were already in crisis to begin with. Covid-19 created more of that. But it exacerbated that for many, thousands and thousands of our children.”

With the public health emergency, came an added mental-health crisis, with more stress caused by social and economic challenges. “To move forward we must truly address the deprivation that continues to plague so many children and families,” Eagan said, stressing that even though the virus seems to be receding, the pressures remain.

“It is not getting better,” Eagan said, pointing out Black and brown communities as in particular need. “Our children will not not bounce back without our help, our support, our investment.”

The event, on the north steps of the Capitol, was led by New Haven Mayor Justin Elicker, who was joined by Stamford Mayor Caroline Simmons, Norwalk Mayor Harry Rilling, Middletown Mayor Ben Florsheim, as well as their counterparts from New London and Windham, along with the East Hartford mayor’s office.

Elicker said it will be a lobbying theme for them this winter and spring as the General Assembly plots out revisions to the second year of the biennial, $24-billion state budget that will take effect on July 1. The proposal includes $200 million in long-term bonding for new locations where youths could access potential apprenticeships, training and counseling.

Elicker estimated that an existing program, Youth Connect, which serves 100 young people in New Haven, could be expanded to 2,500. “Approximately 10,000 jobs and training for disconnected young people would be available if we put this kind of annual funding into that sector,” Elicker said. “The need in different municipalities is different depending on the number of youth in certain categories.”

Since the issues of at-risk youth, job-training and mental health challenges are emerging as major themes in the young legislative session, Elicker said it’s too early to gauge which would garner the mayors’ support in the Democrat-controlled legislature.

Gov. Ned Lamont’s budget includes addressing the issues of mental health and employment, and Democrats in the House and Senate have offered their own proposals, along with House Republicans.

While the mayors held their news conference on one side of the Capitol building, on the south side at the same time, Senate Republicans offered legislation including job-training for young people. The Senate has a 23-13 Democratic majority and Democrats have a 97-54 edge in the House of Representatives.

“More people, particularly in our most-disadvantaged areas are at risk of going down a path that will have negative consequences for them and the community around them,” Elicker said. “Evidence shows that justice-involved youth are overwhelmingly suffering from symptoms of trauma exposure, whether it be personal or community violence, neglect, or chronic housing and food insecurity.”

Rilling, a former 17-year Norwalk police chief with 41 years in law enforcement, said he has a unique perspective in the realm of juvenile justice.

“It’s clear that dealing with young people, the most-effective way to help them grow and develop to their fullest potential is providing opportunities, providing jobs, providing healthy activities, finding ways to help them lift up, helping them with school and those kinds of things,” Rilling said. “The least-effective approach, is a strong law enforcement approach. We want to get to young people before they enter the criminal justice system.”

Florsheim called the effort a unique collaboration among the municipal leaders in the face of the pandemic-driven successes and failure in public policy. “Clearly, again, it cries out to all of us from our schools, from our libraries, from our communities that this is where we need to be prioritizing, that this is the investment that is going to pay off in the future,” said the Middletown Democrat. “And it can happen largely in tandem with all of our economic goals and all of our goals for social equity in the state.”

Mary Ann Haley, executive director of National Youth Employment Coalition, said that in 2021 there were more than 40,000 “disconnected” youth in Connecticut under the age of 24, with neither school nor employment connections.

“They are often referred to as an invisible population,” Haley said. “Sometimes they are involved with our systems, our justice-involved youth or our child-welfare or foster-care youth. Sometimes they’re just invisible. So to be able to offer them career pathways, the ability to thrive is a tremendous, I think, national example of what can be done foe these young people to really help them achieve their dreams. To help them dream.”