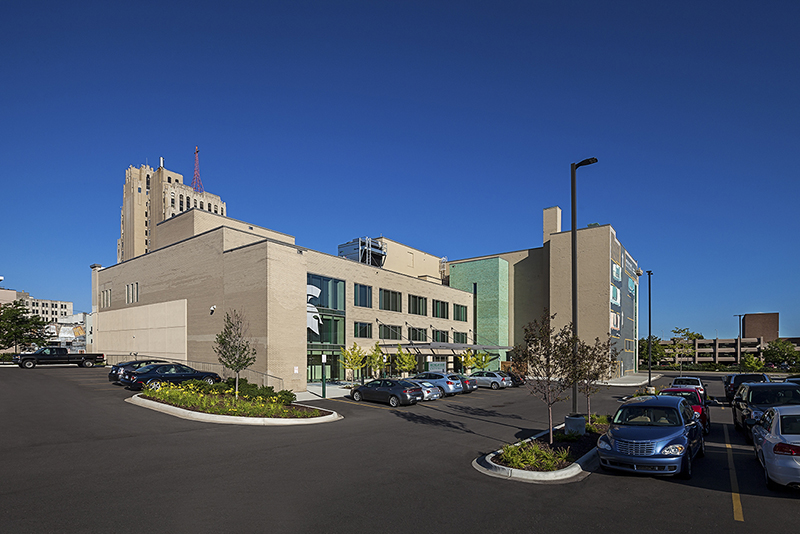 “Expanding MSU’s public health program in Flint is a great thing for the community, and it also will yield important lessons for our state and nation as we struggle with both emergent and chronic health challenges,” says Ridgway White, president and CEO of the Mott Foundation. “MSU’s work in Flint is a wonderful example of what can happen when physicians, researchers, residents and community advocates work together to improve health.”

The new grant to MSU will build upon Mott’s initial support for the college’s presence in Flint. Between 2011 and 2013, Mott granted $12 million to MSU for the college’s expansion and relocation of its public health program from East Lansing to Flint, as well as $7.7 million to the Foundation for the Uptown Reinvestment Corp. to support renovation of the former Flint Journal building to house the program.

Since 2014, MSU’s Flint-based public health experts have implemented programs and research initiatives in the community and beyond. One example was Dr. Mona Hanna-Attisha’s discovery in 2015 of elevated blood lead levels in Flint’s children tied to a switch in the city’s water source and improper treatment of the water.

Since then, Hanna-Attisha has headed up work with the CDC’s Flint Lead Exposure Registry, successfully advocated for inclusion of the National Fruit and Vegetable Pediatric Prescription program in the 2018 Farm Bill, and testified before the U.S. Congress to help inform public health legislation.

“MSU has a mission to improve the lives of people through community-based research,” say Dr. Samuel L. Stanley Jr., president of MSU. “Our successful collaboration with the people of Flint has allowed our scientists to create a new model for positive public health outcomes, and we are grateful for the continued support of the Charles Stewart Mott Foundation, which will allow us to build on successes.”

According to an MSU study for the period 2015-2020, Mott’s initial $12 million in grants to MSU and $7.7 million grant to the FURC had a return of $93 million in economic output in Genesee County. The analysis also indicates that the work of the MSU Division of Public Health has resulted in 110 jobs over that five-year period. The latest grant to MSU is expected to add up to 200 new jobs.

The search for new faculty will be launched in the coming months. MSU, Mott and FURC are exploring options to expand the building to accommodate MSU’s anticipated growth.

“Michigan State University College of Human Medicine is an important public health partner in the city of Flint,” says Flint Mayor Sheldon Neeley. “Dr. Furr-Holden has been a public health advisor for Flint and E. Yvonne Lewis has led the way with community outreach. The City of Flint is excited to continue this strong partnership with Michigan State University in improving the health of the Flint community.”