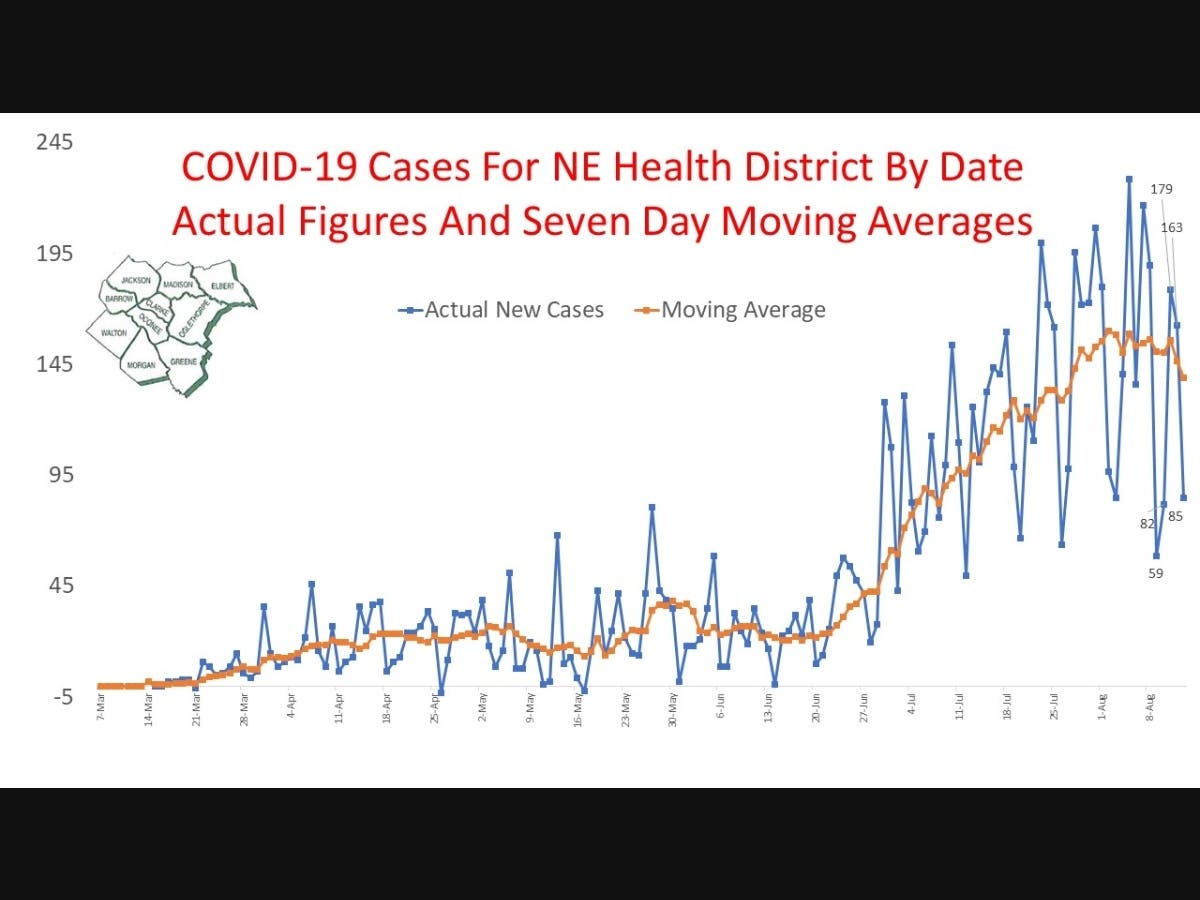 The Northeast Health District added 85 confirmed COVID-19 cases on Thursday, and the seven-day rolling average of added cases dropped to its lowest level going back to July 27.

The District added one death, of an 85-year-old male in Walton County, but the Department of Public Health removed a death listed on Wednesday in Barrow County.

The cumulative number of deaths in the District remained unchanged at 151, and the seven-day rolling average of added deaths dropped to 1.4 from 1.9 on Wednesday as a result.

The Department of Community Health, however, on Thursday reported two deaths at University Nursing and Rehab Center in Athens-Clarke County that do not appear in the Department of Public Health list.

The Department of Public Health Daily Status Report on Tuesday did list one new death in Clarke County. That was of a 62-year-old male–an unlikely, though not impossible–resident of a nursing home.

All 10 counties in the Northeast Health District did add confirmed COVID-19 cases on Thursday, and the seven-day rolling average of added cases was 139.3, down from 146.3 on Wednesday. Oconee County added four cases and Clarke County added 16.

The Georgia Emergency Management Agency reported that six Critical Care Beds were available in area hospitals as of noon on Thursday, down from seven on Wednesday.

Oconee County Schools reported no new COVID-19 diagnoses at the end of the day on Thursday.

For more on the story, with charts summarizing regional and state data, please go to Oconee County Observations.

Patch is a space for neighborhood news. Please keep your replies clean, friendly and factual. Read our community guidelines here