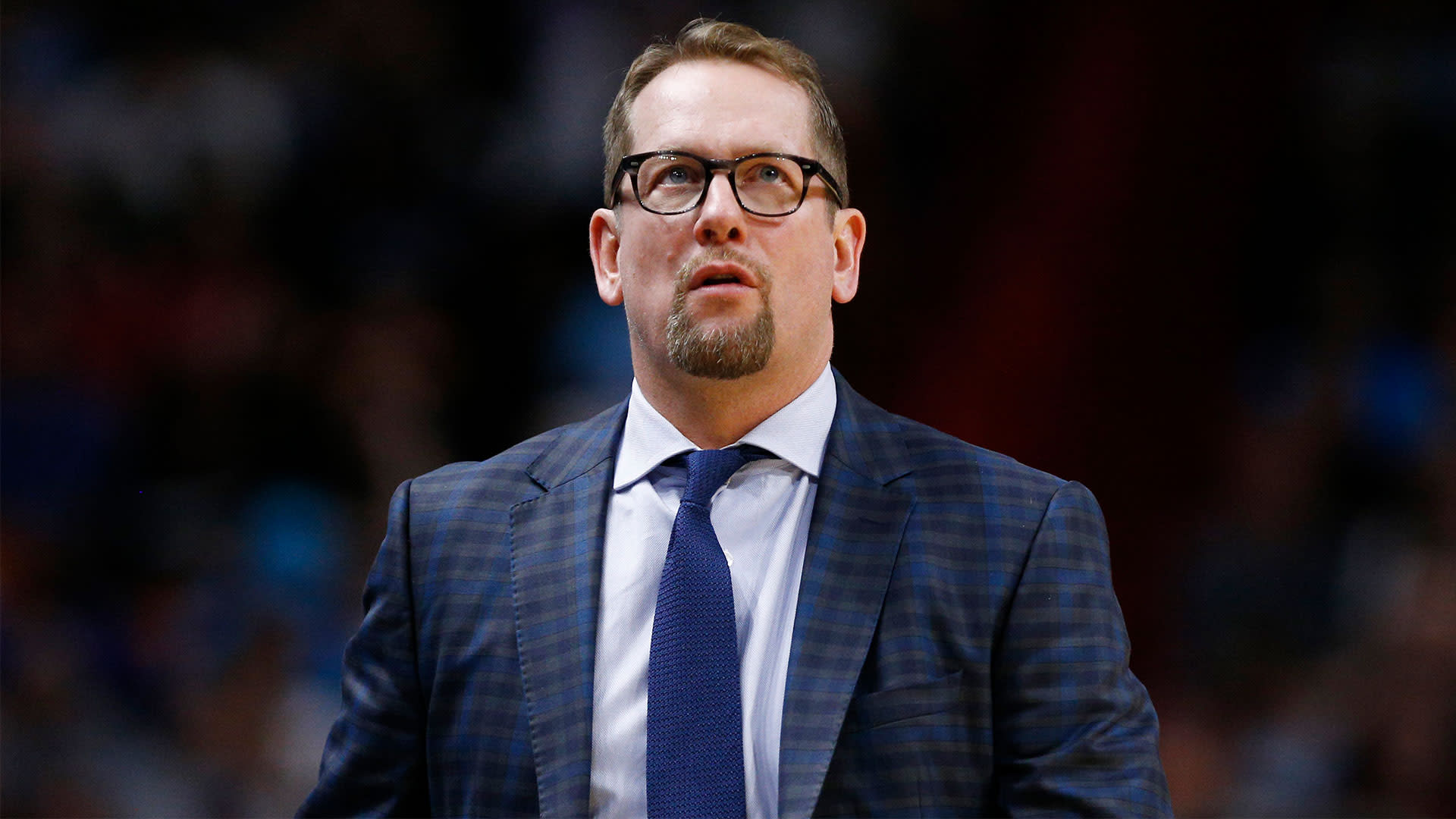 Over the course of this 2020-21 NBA season, the Toronto Raptors have had a multitude of challenges thrown their way: the move to Tampa, injuries, COVID-19 inflicting the team, and a lack of depth until recent signings.

At the forefront of navigating the team through these murky waters is head coach Nick Nurse, who has had that much more added to his plate both on and off the court because of the unfamiliar surroundings and circumstances.

“I’m not maybe using as much physical energy in a game, but mentally there is a preparation, a thought process to being as sharp as I possibly can be,” Nurse tells Complex Canada. “I’m maybe using more for the mental and using my mind and making sure that when the ball goes up that I’m in the best mind framework to make the best decisions for the team. That’s really what they hire me for. They don’t hire me for my body—believe it or not—they hired me for my decision making and my mind, but they work hand in hand.”

In order for Nurse to get to the level he feels he needs to perform his duties to the best of his ability, much like an athlete, he ensures he gets proper nutrition, hydration, stress management, yoga, and music. To maximize his nutrition and hydration, specifically, Nurse has now partnered with BioSteel, the North American company augmenting performance through their sports hydration products.

“The zero-sugar was one of the big ones, all natural ingredients,” Nurse says about what appealed to him about BioSteel. “Everything in it, once I learned everything that goes into it, once I investigated a little bit, is all natural. No artificial colours, no artificial flavours, and it’s good for you. And that is important, it’s different than a lot of the other things we’ve been drinking for years.”

Nurse understands the way sports science has evolved over the years and respects it tremendously. No decision drew more attention to the Raptors’ health and performance department than their load management of Kawhi Leonard in the 2018-19 season. The two-time Finals MVP was held out of playing both ends of back-to-backs all season after missing 73 games the season before for the San Antonio Spurs due to right quadriceps tendinopathy. While there was criticism from the outside, internally, the Raptors knew what they were doing and naysayers had no choice but to respect the decision when Leonard found the best of his game in the playoffs and led Toronto to its first championship.

“It’s a golden age for basketball in Canada. And this would be another golden moment to put an emphasis on that.”

This season, the Raptors have had to contend with a 72-game schedule being played in warp speed, Kyle Lowry has had a toe infection, Fred VanVleet’s had a hip issue, OG Anunoby missed time with a calf injury, and there was also the time missed by players like Pascal Siakam due to health and safety protocols. Managing all of that takes a tremendous level of expertise and Nurse appreciates what the organization has in place to help get the best out of them.

“We’ve got the best people in the world taking care of these guys, it’s what they do, it’s what they’ve done for their whole lives,” Nurse says. “Part of my training growing up as a coach, yes, I wanted to learn X’s and O’s and I wanted to learn basketball, but what I was trying to do is look at it holistically: What are all the things that go into a player performing their best? I studied a lot of sports psychology, a lot of biomechanics, studied a lot of conditioning and, again, mental preparation and peak performance mentally and things like that. So, it all goes into the broader view I have as a coach of getting players to perform at their peak level at the right times.”

Toronto has now won four straight in a bid to make the play-in tournament, which could be followed by potentially taking his seat as head coach of Team Canada in Victoria for the Olympic Qualifying Tournament in late June, and then Tokyo if they qualify. Throw in the work he puts in for his foundation—the Nick Nurse Foundation—that’s been operational for just over a year now and focuses on bringing together his passion for music, sports, and literacy, and his schedule is as busy as it gets.

Nurse’s expectation of winning stops at nothing, though, and as Team Canada’s head coach he’ll be looking to lead the country to its first basketball Olympic medal since winning silver at the 1936 Games. Which NBA players he can utilize remains to be seen with the significant physical toll they’ve undertaken over the course of the season, but Nurse is ready to capitalize on the opportunity ahead for Canada.

“It looks like we’re going to get great participation, there’ll be a lot of talent there that we’re going to mold quickly and come together quickly and sacrifice a lot. And not waste any words or minutes, you get to work and try to achieve something that I tell these guys they’re going to be telling their grandkids about for the rest of their lives.

“I’ve been fortunate enough to be part of them on an Olympics [team] and just about every time I think about it, it sends chills down my spine. I want these guys to have that experience too. It’s a golden age for basketball in Canada. And this would be another golden moment to put an emphasis on that.”

Nurse is all about living in the moment and making the most of it, and despite all the Raptors have been through to this point, he’s managed to stay away from being dragged down by it with his favourite side project: learning new instruments. Nurse’s makeshift home in Tampa is filled with paintings and records of musicians he loves, and he drowns himself in music he loves by artists from Johnny Cash to Prince to Bob Marley to Dallas Green to the Arkells. Beyond just taking him away for a little while, it also gives him a better sense of where he wants to be.

“It’s calming in one sense but it’s also stimulating,” Nurse says. “I’m learning to play instruments because I think it sparks creativity and I want to remain creative and try to have new ideas come to me, and they say it helps. I feel like it does help me, so I continue to push forward with that stuff.”

Toronto has now won four straight in a bid to make the play-in tournament, which could be followed by Nurse taking his seat as head coach of Team Canada in Victoria for the Olympic qualifying tournament in late June, and then Tokyo if they qualify. It could be as demanding a stretch as he’s ever had, but as long as he’s got his rhythm, it’s easy to see how he can go with the flow.

Sign up for the Complex Newsletter for breaking news, events, and unique stories.