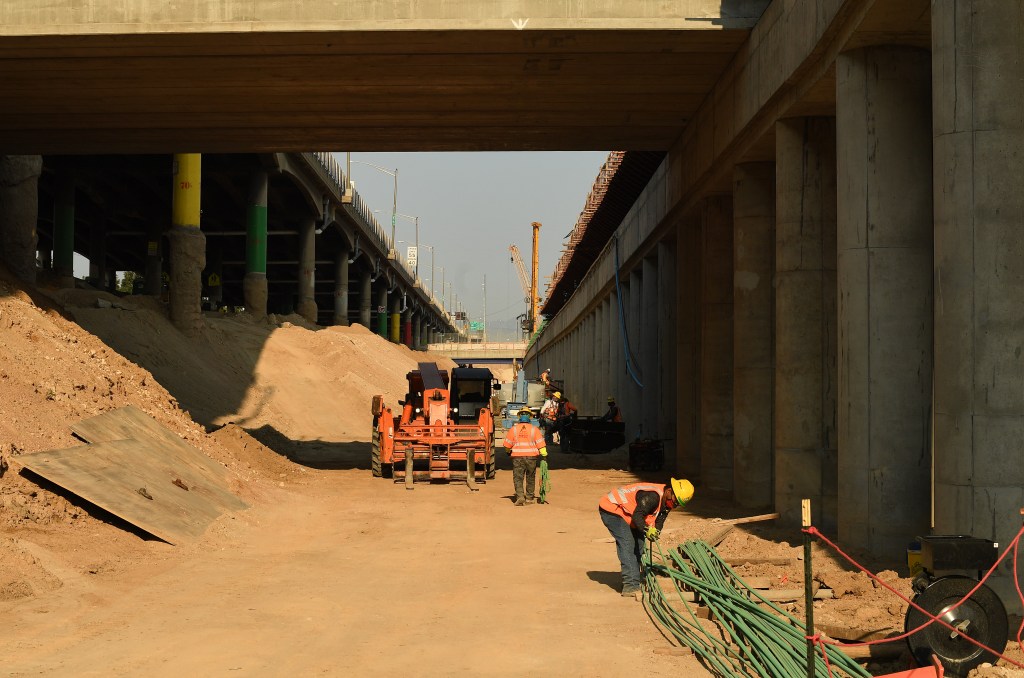 The board of the Denver Department of Public Health & Environment approved Thursday a noise variance request for nighttime work to proceed on I-70 for another year, to Sept. 6, 2021.

The latest extension for Kiewit Infrastructure Co. was met with less controversy and community pushback than in prior years, though the project still produces regular vibrations and rumblings in nearby homes, particularly in the Elyria-Swansea neighborhood.

Kiewit Infrastructure Company had requested that the noise variance be extended to the completion of the ongoing Central 70 project, scheduled for December 2022. But the Denver Board of Public Health and Environment opted to grant a one-year variance — through Sept. 6, 2021 — as it has done in the previous two years, starting shortly after the Interstate 70 project broke ground in 2018.

Board members view the shorter duration as a way of holding Kiewit accountable for its promises to respond proactively to noise complaints and take other measures to minimize the impact. The board met remotely via a public video call Thursday night and heard from Kiewit as well as the city’s public health department, which had backed Kiewit’s variance renewal through 2022.

Kiewit is widening I-70 in a 10-mile corridor between Interstate 25 in Denver and Chambers Road in Aurora. The project is rebuilding some sections and will add a tolled express lane in each direction. Completion of most work is currently expected in mid-2023, but Kiewit and the Colorado Department of Transportation say they are working to rein in 10 months of projected delays.

Some of the noisiest work is still a ways off. Delays have pushed back the projected start of demolition on the existing 1.8-mile highway viaduct until fall 2021, after a major traffic shift diverts vehicles into the new sunken section that’s under construction next to it.

Kiewit area manager Tom Howell told the board it’s possible that demolition will begin earlier, during the summer next year. Most of that work — but not all — is expected to happen during daytime hours.