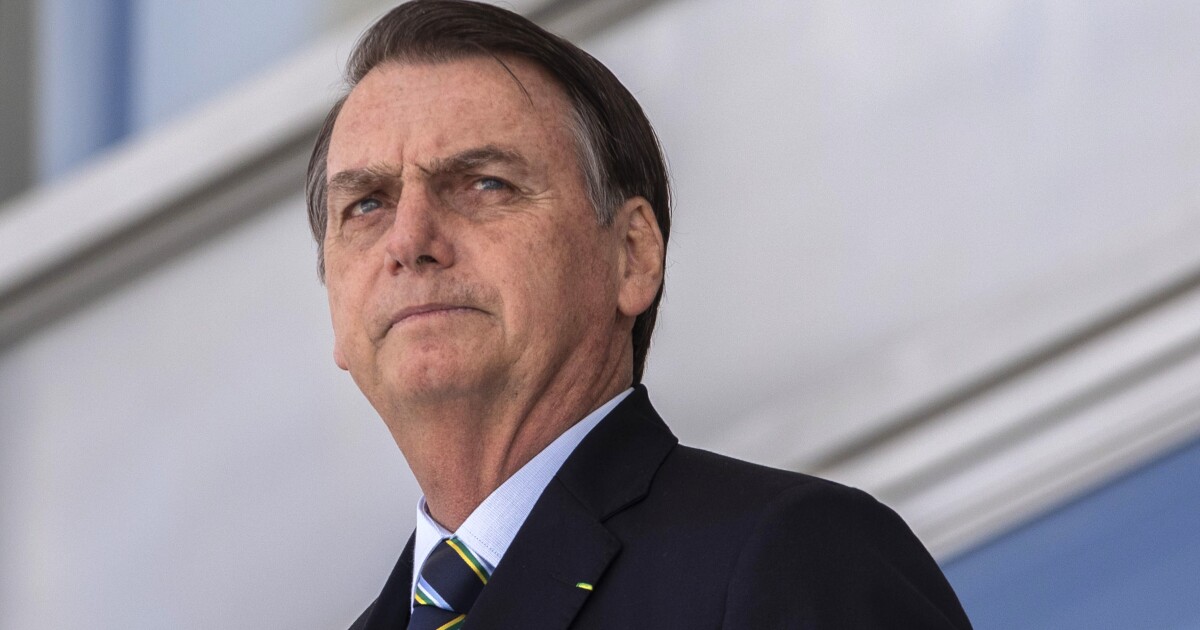 Robert Muggah is a principal of the SecDev Group and cofounder of the Igarape Institute. His latest book,Terra Incognita, co-authored with Ian Goldin, focuses on the systemic threats facing our world.

RIO DE JANEIRO — Brazil is in critical condition. Latin America’s largest country is experiencing record-breaking death tolls and its health system is teetering on the brink of collapse. On Wednesday, it reported over 1,900 deaths in a 24-hour period, the highest single-day tally on record. Brazil already has the world’s second-largest COVID-19 death toll — 260,000 people — and more than 10.7 million infected. The failure to slow the outbreak coupled with an anemic vaccination campaign has not only created a domestic tragedy, but a full-blown global threat.

Much of the blame for Brazil’s disastrous health crisis lies squarely at the feet of the country’s far-right president, Jair Bolsonaro. Over the past year, he has downplayed the threat, peddled conspiracy theories, ridiculed health measures, denounced lockdowns, sabotaged vaccination efforts and even contracted the illness. Health authorities have implored federal and state government officials to impose stricter lockdown measures to avert a humanitarian catastrophe. In response, the president and his circle of advisers have urged supporters to resist mask-wearing and advocated the use of hydroxychloroquine and chloroquine, despite the evidence that they do not work, and could even be dangerous, when used to treat COVID-19.

His government’s handling of the pandemic is considered the world’s worst. Yet, when asked about the pandemic response, the president countered that “nobody would do better than my government is doing.”

It is not just Brazil that is put at risk by Bolsonaro’s reckless negligence, but the world. New variants such as P.1 have already spread from Manaus, the capital and largest city of Amazonas state, to the rest of Brazil and at least 15 other countries, including the United States. The P.1 strand is more transmissible, affects younger patients, weakens the protective effects of vaccines being rolled out in Brazil and appears to have the potential to reinfect people who have already contracted COVID-19.

It did not have to be this way. Brazil oversees an impressive public health system and has amassed vast experience containing disease outbreaks. Yet Bolsonaro short-circuited the vaccination rollout from the beginning. His government’s initial plan was to manufacture 100 million doses of the AstraZeneca vaccine, but this was delayed. He then tried to scuttle the distribution of CoronaVac, a Chinese vaccine vetted by local research institutes, and backed by Bolsonaro’s rival, João Doria, the governor of São Paulo. Now his health minister is scrambling to buy 100 million doses from Pfizer and 38 million from Johnson & Johnson, but the earliest these will arrive is in May. As a result, just over 4 per 100 citizens have received a shot as compared with over 24 in the United States and 20 in Chile, according to Our World in Data, a website run by Oxford University.

Most Brazilians are determined to get vaccinated, though the proportion has slipped over the past year. A recent 2021 survey by Datafolha, a national polling group, found that 79% of the population want to be immunized and just 17% say they will refuse a dose. This compares to 89% of Brazilians who wanted to be immunized in August 2020. This suggests that Bolsonaro’s campaign of disinformation has had an impact. Not surprisingly, in both polls, the president’s supporters were less likely to say they would be vaccinated than the rest of the population.

The vaccination rollout has stumbled since it started on Jan. 17. Some states are having difficulty reaching high-risk populations, such as the elderly and poor, while cities like Curitiba, Rio de Janeiro, Porto Alegre and Salvador prematurely suspended campaigns because they are running out of vaccine doses. Progress pales in comparison to past efforts: The country vaccinated 100 million people against the H1N1 virus in just three months in 2010. At the current rate, all Brazilians won’t be vaccinated until 2024.

Governors and mayors are extremely worried that coronavirus cases are spinning out of control. Since the start of the crisis, Bolsonaro has obstructed local governments from implementing more stringent health measures. He has urged citizens to dismiss curfews, describing them as overblown and a risk to jobs. This week the country’s premier health agency, the state-funded Oswaldo Cruz Foundation, announced that infections were skyrocketing and that intensive care units were at 80% capacity in 19 of Brazil’s 26 states. Major cities in the northern part of the country such as the capital Brasília, Florianópolis, Fortaleza and Rio Branco have already reached 90-100% capacity. This Saturday Brazil’s largest city, São Paulo will start a two-week lockdown.

There is a sinister political logic to Bolsonaro’s efforts to subvert the orders of governors and discount the recommendations of health advisers. By spreading misinformation and deepening polarization, he shores up his own base. With his popularity caving since the beginning of the year, sowing division is a way to rally his supporters. Bolsonaro seems prepared to take even more radical measures in the months ahead: At a cabinet meeting last April he publicly admitted that his efforts to dismantle gun laws would aid citizens in their “resistance” against local government lockdowns.

Criticism of the Bolsonaro administration’s mismanagement of the pandemic, along with his dismantling of environmental protections in the Amazon, efforts to subvert firearms regulations and mismanagement of the economy, is gathering pace. Last year, a group of associations representing over 1 million Brazilian medical professionals filed a complaint to the International Criminal Court accusing the president of committing a crime against humanity by responding to the pandemic with “contempt, neglect and denial.”

More recently, Brazil’s Bar Association denounced the government’s lackluster response to COVID-19 to the Organization of American States. Advocacy organizations such as Human Rights Watch accuse Bolsonaro of sabotaging coronavirus prevention measures. And the World Health Organization has issued a series of alerts to Brazil’s federal government to take a more proactive stance, all of which have been ignored by the president, his health minister and closest advisers.

Calls for legal action are also growing. Brazil’s attorney general recently requested that the Supreme Court launch an investigation into Health Minister Eduardo Pazuello’s mishandling of the COVID-19 outbreaks in Manaus. Supreme Court Justice Ricardo Lewandowski and the Federal Police have initiated multiple inquiries into Pazuello. Thirty senators recently signed a petition to launch a congressional investigation into Bolsonaro’s pandemic response. This latest effort is being held up by the recently installed president of the Senate, a Bolsonaro ally.

Brazil faces dark days ahead. Bolsonaro’s missteps are also jeopardizing global efforts to fight the pandemic. The COVID-19 nightmare unfolding in Brazil is a searing indictment of pandemic populism. It is also a flashing light for other global leaders, including in the U.S., to pressure Bolsonaro to get his house in order before it burns everyone else’s down.