The Phoenix Union High School District is postponing all fall sports because of safety concerns over the coronavirus until health benchmarks are met, Superintendent Chad Gestson told The Arizona Republic on Friday.

“We want to let the community spread (of the coronavirus) to show us what we need to do. We’re going to follow the state and county benchmarks.”

The state health and education departments are recommending but not mandating that students should only return to in-person learning until the benchmarks are made with a downward trend of infections at 7 percent and lower.

The Phoenix district is remaining in online school until at least Oct. 12, through the first quarter of the semester.

The district held an emergency meeting with its fall coaches Thursday to let them know of the decision.

One football coach said he was instructed not to talk to the media.

District Athletic Director Zack Munoz and Gestson both conducted an interview Friday with The Republic.

“Our message to (the coaches) is to keep our student-athletes engaged and ready for competition,” Munoz said. “We’re going to prepare for virtual workouts, stay active at home. In general, we want to keep them in good academic standing, coordinate team meetings and maintain a sense of community.”

Munoz, who is part of the AIA Executive Board, said that AIA Director David Hines is understanding of the district’s decision.

Earlier this week, the Tolleson Union High School District decided not to resume fall sports activities, even for conditioning purposes, until the metrics are met for safe return-to-the-classroom learning.

There has been a downward trend in positive infections and hospitalizations in Arizona. But there are still pockets in the district where the infection rates still are too high to consider playing sports right now, Gestson said. 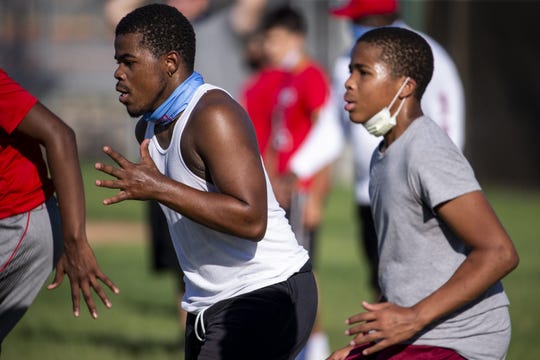 Last week, the AIA announced that the first varsity football competition would be between Sept. 30 and Oct. 3 with teams allowed to start officials practices on Sept. 7.

Munoz said he had suggested moving the timeline back more for the entire state. If football can’t be played this fall in the PXU, Munoz did not discount the idea of having a league comprised of schools from Phoenix, Tucson and Yuma some time in 2021.

Football teams generally need four weeks to get ready for their first game.

Just in the last couple of weeks, Phoenix district schools were allowing fall sports team to begin Phase 1 summer conditioning after spending most of the summer without organized team training on campus.

The AIA has not announced any new plans since two Power 5 conferences, the Big Ten and the Pac-12, decided to postpone fall sports due to the pandemic. None of the four Division I colleges in Arizona will conduct fall sports, pushing them to January.

“Our decision was about Phoenix Union, and to look at the community spread,” Gestson said. “It’s not safe to have student-athletes on the court and on the field. What Dr. Munoz and I talked about was not just the closure of (college fall sports). We’ve seen seen what the NFL is trying to do to keep their athletes safe. There’s no way a K through 12 system can replicate that system.”

Since the AIA set the fall sports timeline, some districts have said they may not be ready for it. 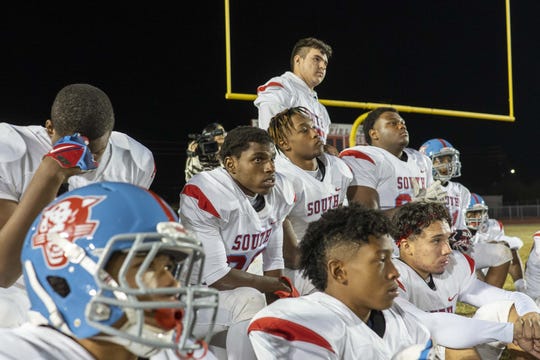 Paradise Valley district Superintendent Dr. Jesse Welsh said during a governing board meeting that if metrics for in-person learning are not met, then it would not be safe for students not wearing masks to play sports.

In a board zoom meeting this week, the Tolleson Union High School District’s governing board decided there would be no organized team workouts until in-person education guidelines are met in the community, using the metrics set by the Arizona Department of Health Services.

In July, Tucson Unified School District Superintendent Gabriel Trujillo said its district schools would follow the recommendation from the Pima County Health Department that fall sports should be postponed based on public health metrics around the extent to which the community spread of COVID-19 presents an imminent threat to public health in Pima County.

“At this time,” Trujillo said on July 30, “we have determined we will not start fall sports until it is safe for students to return to on-campus learning.”

The Chandler district has committed to virtual learning into early October. The district, however, is allowing for fall sports to be played.

Tempe, Mesa, Queen Creek, Florence districts have all committed to having fall sports at this time.

“We would like to have a  football season,” Gestson said. “We’ll continue to work with the AIA to try to put together a season when it’s safe to do so. If that means participating with other districts, we’d be open to that. We will work with the AIA and come back when we can.”

Munoz said he thought of the possibility of student-athletes transferring to schools that are preparing to play as scheduled by the AIA fall sports timeline.

“We have to make the decision on what is safe for our schools and out kids,” Munoz said. “I know it’s not easy to transfer with all of the rules on eligibility. It’s not as easy as it is to find a program.”

To suggest human-interest story ideas and other news, reach Obert at [email protected] or 602-316-8827. Follow him on Twitter @azc_obert.