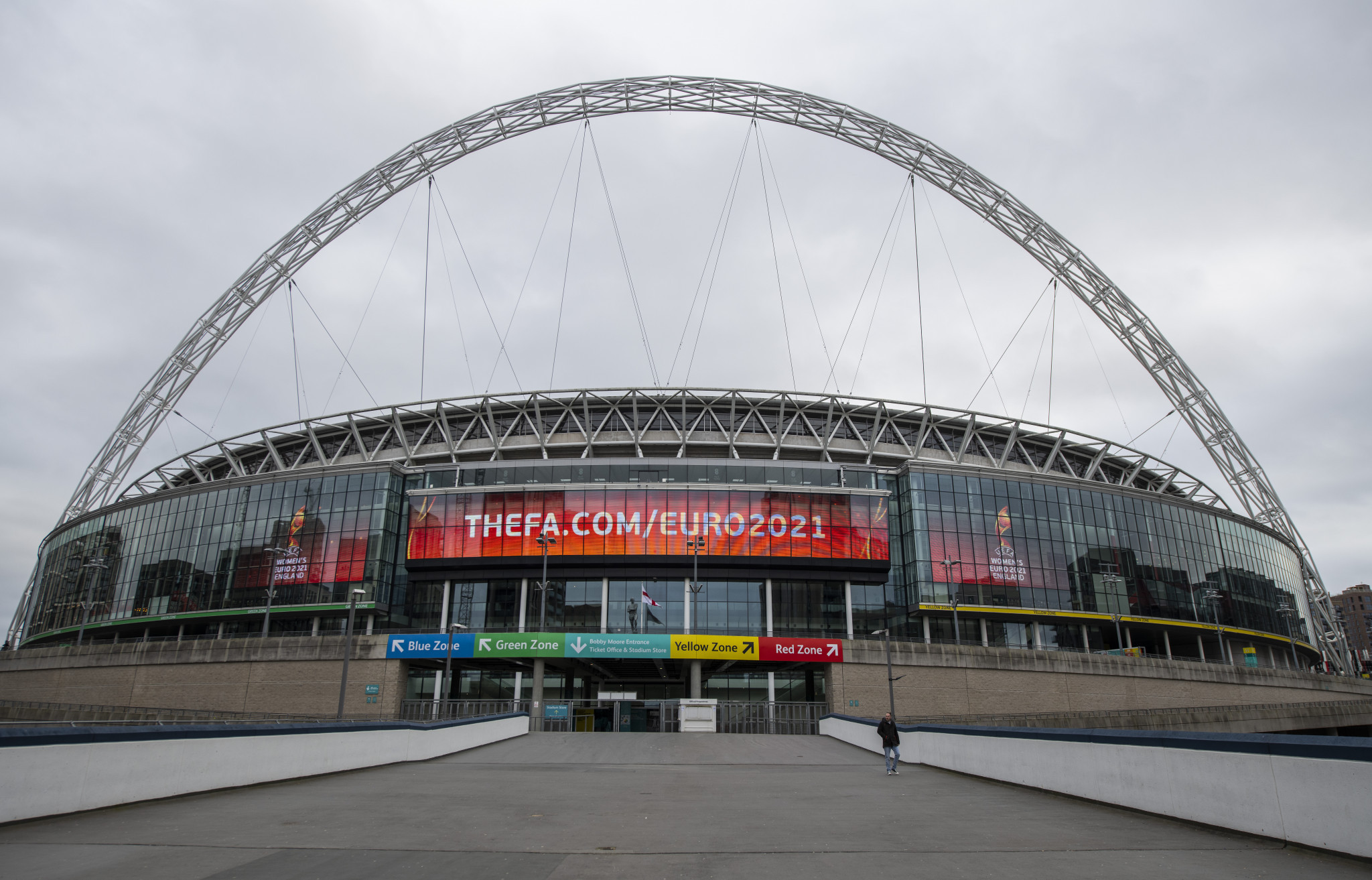 British Prime Minister Boris Johnson has announced plans which could see up to 10,000 fans attending sports events in England from May 17.

The measure was outlined in a four-part roadmap designed to bring the country out of its third coronavirus lockdown and back to normality.

It has raised hopes fans will be able to attend events such as UEFA Euro 2020, Wimbledon and the Rugby League World Cup this year.

But the proposal is part of stage three of the roadmap and strict criteria must be met to move from stage to stage.

This includes the continued success of the vaccine roll-out, a sufficient reduction in deaths and people needing hospital treatment, lower infection rates and no problems caused by new coronavirus variants.

Johnson has suggested that “normal life” could return in England by June 21 – the end of stage four when it is hoped all other restrictions will be lifted.

London’s Wembley Stadium is due to host seven matches at the multi-city Euro 2020 this year, including both semi-finals and the final.

The tournament, which was moved back a year due to coronavirus, is due to begin on June 11.

This means the third game at Wembley – England’s final Group D match with Czech Republic on June 22 – could potentially be held in front of a full house.

Wimbledon was the only one of the four tennis Grand Slams to be cancelled entirely because of COVID-19 in 2020 and organisers reacted to the Government’s announcement with caution.

Play at the All England Club is scheduled to start on June 28 this year.

“We welcome the Government’s announcements and we look forward to continuing to work with them and the rest of sport with the ambition of welcoming spectators safely to our events this summer,” a statement said.

“We will continue to plan based on our aspiration of staging the best championships possible with the health and safety of all our guests, staff and competitors remaining our highest priority.

“We remain focused on developing our plans within the scenarios of full, reduced and no public capacity so that we can remain as agile and flexible as possible to the Government and public health situation.

“While the success of the ongoing vaccination programme is very heartening, we recognise the need for a cautious approach at this point in time.”

England’s staging of this year’s Rugby World Cup is due to run between October 23 and November 27.

“We are greatly encouraged by the roadmap for the return of spectators to sports stadia, which was detailed by the Prime Minister in Parliament,” said Jon Dutton, the chief executive of the event.

“We have remained positive and optimistic that fans would be able to attend the tournament, which will be held in October and November 2021 in England.

“We recognise that there are still challenges ahead, but we very much hope that this tournament, predominantly being staged in many of the hardest hit areas across the North of England, will play a part in the nation’s pandemic recovery plan and will be the biggest and best ever Rugby League World Cup.”

Other sporting events which could welcome fans include the conclusion to the Premier League football season, scheduled to end on May 23.

The British Grand Prix in Formula One is set for July 18 at Silverstone.

“The turnstiles of our sports stadia will once again rotate,” said Johnson.

Outdoor grassroots sport is due to return by March 28, while indoor facilities such as gyms could come back by April 12.