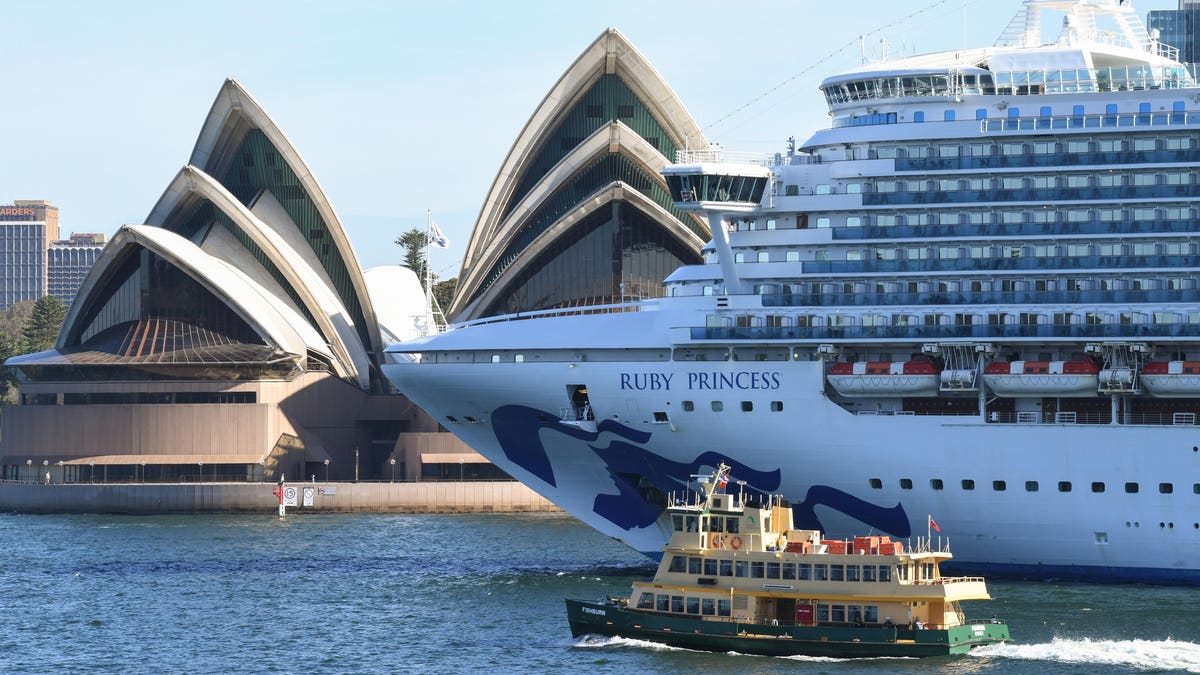 A four-month inquiry has pointed the blame at government health officials for the Ruby Princess coronavirus “plague ship” fiasco, which caused 28 deaths, eight in the U.S.

The New South Wales government inquiry was launched in April to determine why 2,700 passengers, hundreds of them infected with Covid, left the cruise ship in Sydney on March 19, before results of tests on some passengers were known.

In a scathing report released Thursday, it finds state health officials made “inexcusable”, “inexplicable” and “serious mistakes” in the Ruby Princess handling.

Specifically by assessing the ship passengers as “low risk”, that is, “do nothing”, despite all the expert advice at hand. Also with delays in testing, amounting to “a serious failure by NSW Health.”

The probe, led by barrister Bret Walker, heard everyone on the ship should have been tested, then quarantined. Instead, they were let loose in the community, leading to Australia’s biggest single source of the coronavirus outbreak at the time.

“The report linked more than 900 Covid-19 cases and 28 deaths to the ship, including 20 in Australia and eight in the US,” reports 9News. It also found over 16% of the crew contracted the virus, and almost 40% of Australian passengers onboard.

“The passengers, some of whom had displayed respiratory symptoms, scattered widely, spreading the virus,” says Michelle Grattan, a professorial fellow at the University of Canberra.

The decision to let passengers disembark and travel onwards both domestically and internationally defied a Public Health Order, the report finds. It requires all cruise ship passengers entering NSW from any other country to self-isolate in suitable accommodation for 14 days. The measure was implemented as Australia’s borders closed on March 17.

As a result of non-compliance, the report says:

The cruise disaster led to an ugly spat and mutual blame-laying between the NSW Government and Australia’s Federal law enforcement agencies over responsibility for the breakout.

The inquiry according to Grattan has “exonerated” the Australian Border Force, which gave the nod for passengers to disembark.

Evidence submitted suggests an ABF office mistakenly believed passengers with “flu-like” symptoms had tested negative to Covid-19, whereas in fact results were for the common flu. Something the agency denies in a statement, saying it was a panel of the state’s health experts who made the “operative decision”.

NSW Premier, Gladys Berejiklian, says she will respond next week after reading the report over the weekend.

“The Commission’s report confirms that none of our people — the Captain, the ship’s doctor … misled public authorities involved in Ruby Princess being permitted to disembark guests on March 19,” Princess Cruises said in a statement. “This finding is of great importance to us because it goes to the integrity of our people.”

The company said it will now consider the Commission’s findings. “In the light of ongoing legal proceedings, we are not able to add to these comments at this time.”

Shift In Policing Borders Ahead

While not everyone agrees with border forces being let off the hook, home affairs Minister–Peter Dutton–says lessons learnt from the report will probably change the approach to policing Australian borders.

In the future, officials will be more alert to potential health risks and other threats, he told the Nine News Today show on Friday.

“I think the borders will be a new environment when we come out of this … We will look closely at people for whether they are a criminal or a terrorist threat, but more importantly … whether or not people are a health risk as well.”

Covid In Australia Soared Since, Other Sources

Today the “plague ship” has been way outstripped by other sources of infection. Cases nationwide have spiralled from around 7,500 in mid-June to over 22,000 today.

Most of that comes down to a runaway outbreak in the state of Victoria, which has seen Melbourne return to full lockdown since July 8. Part of the crisis is linked to the city’s hotel quarantine scandal–the subject of another state inquiry.