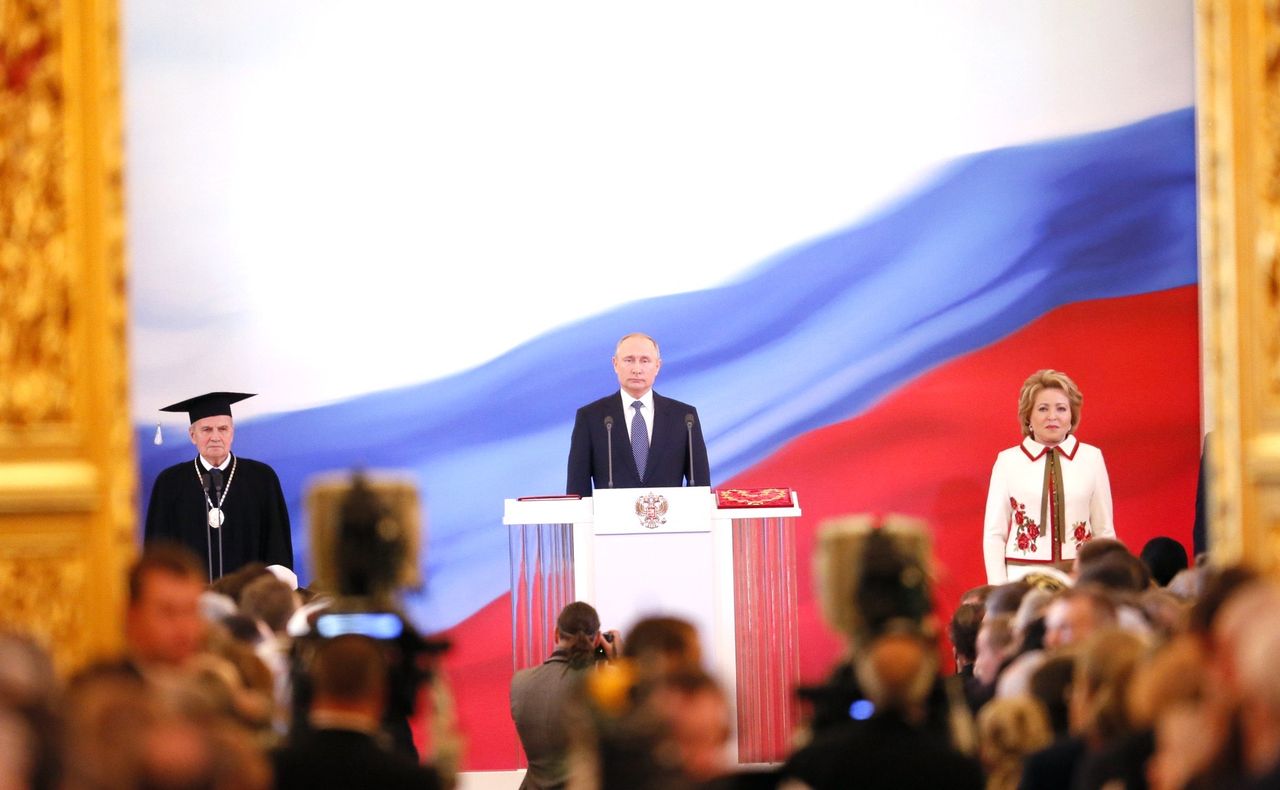 The coronavirus pandemic and capitalism

Vladimir Putin’s announcement Tuesday that Russia has officially approved a COVID-19 vaccine has intensified the global conflict between national powers and pharmaceutical giants to be the first to mass produce and market a vaccine for the deadly virus.

It has also underscored the perverse and destructive subordination of medical science and technology to the financial and geopolitical interests of rival cliques of nationally-based capitalists. The conflict, particularly between the ruling elites in United States on the one side and their counterparts in Russia and China on the other, to control the production and distribution of a vaccine is an immense obstacle to the rational and efficient development of a life-saving drug in the midst of an international public health catastrophe.

Putin declared his government’s registration of a vaccine developed by the Moscow-based Gamaleya Institute for Epidemiology and Microbiology a “world first.” He named the vaccine “Sputnik V” after the 1957 Soviet satellite that stunned the West and sparked the Cold War “space race” between the USSR and the United States. 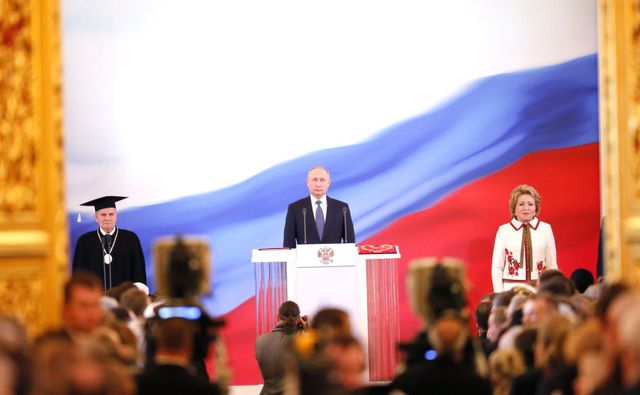 He said the vaccine had passed “all needed tests,” but his government has failed to provide any data on the safety and efficacy of the drug to the World Health Organization (WHO) or any other international scientific or medical organizations. Moreover, in a reckless and dangerous break with international protocols on vaccine research, his government has approved the drug before phase three clinical trials—involving thousands of volunteers—have even begun. This phase of human trials is considered decisive in determining whether a vaccine is safe and effective.

To date, there have been only two months of human trials of the Russian vaccine, involving a mere 76 individuals. And yet Kirill Dmitriev, the chief executive of the Russian Direct Investment Fund, which is financing the vaccine project, told reporters, “People outside of clinical trials will have access to the vaccine in August, and some, already on the massive scale, in October.” He added that Russia had received applications for over one billion doses from 20 countries. Russian Minister of Health Mikhail Murashko said the country would soon begin a mass campaign to distribute the vaccine.

This rush to produce a vaccine by ignoring safety protocols has evoked sharp criticism not only from the US and other Western powers, but also from scientific and commercial bodies within Russia. The Moscow-based Association of Clinical Trials Organizations published an open letter on Monday asking the health ministry to delay registration of the vaccine until all clinical trials had been completed.

“Fast-tracked approval will not make Russia the leader in the [vaccine] race,” the letter stated. “It will just expose consumers of the vaccine to unnecessary danger.”

In the US, Daniel Salmon, the director of the Institute for Vaccine Safety at Johns Hopkins University, said, “I think it’s really scary. It’s really risky.” Dr. Anthony Fauci, the top US infectious disease official, on Tuesday made clear he considered the Russian vaccine unsafe.

There are geopolitical, commercial and domestic political motivations behind Putin’s rush to produce a vaccine. It is clearly an attempt to steal a march on international competitors in the vaccine sweepstakes, first and foremost, the United States. Washington has been waging a campaign of fabrications to discredit Russia’s vaccine program in anticipation of an announcement such as that made on Tuesday.

Last month, the New York Times published a series of lurid articles, based on a joint statement by US, British and Canadian intelligence agencies, making completely unsubstantiated charges that Moscow was hacking American vaccine research. While that charge has been largely dropped, the campaign of lies about Russian meddling in the US elections has continued unabated. Last week the director of national intelligence declared, without providing any evidence, that Russia was actively working for Trump’s reelection, while Iran and China “preferred” a Biden victory in the November presidential contest.

The country that dominates distribution of the vaccine will have immense leverage over allies and enemies alike, who will be dependent on the good will of the vaccine-owning country to obtain supplies of the drug.

Second, there are countless billions in profits involved in winning the vaccine race.

Third, all capitalist governments are in crisis and facing mounting domestic opposition as a result of the devastating impact of their unprecedented bailouts of the rich and their “herd immunity” policies, summed up in the back-to-work and back-to school drives being universally implemented. Putin and Trump have in common the attempt to divert public attention from the criminal ineptitude and contempt for human life expressed in their response to the pandemic by hyping advances in the development of a vaccine.

Putin’s premature announcement of a vaccine takes place under conditions of infections in Russia heading rapidly toward one million and more than 15,000 confirmed deaths from the coronavirus. His approval ratings are plunging, and Russian social media are rife with denunciations of the government, particularly from health care workers decrying the conditions in hospitals and clinics. Meanwhile, his government has released a budget calling for sweeping cuts in health care.

Nevertheless, for all of Putin regime’s corruption and criminality, it is the American government and ruling elite that are in the forefront of the sabotage of any global coordination of the battle against the pandemic. It is Trump, after all, who has pulled out of the WHO, called it a stooge of China, and sought to whip up a war fever against China, blaming the more than five million infections and over 160,000 deaths in the US on the “China virus.” In this, he is joined by the Democratic Party, whose presidential candidate, Joe Biden, regularly attacks Trump from the right for being “soft” on Beijing.

Trump, through his “Operation Warp Speed,” has used the pandemic to lavish billions of dollars in tax-payer funds on his corporate cronies in the pharmaceutical industry. Just Monday he announced a $1.5 billion deal with Moderna to provide 100 million doses of an eventual vaccine. This is on top of $950 million previously handed to the company to underwrite development and testing of the drug. In all, the US government has to date handed out over $9 billion to five companies working on vaccines.

Moreover, as sciencemag.org noted on Tuesday, the Food and Drug Administration can approve the use of medicines prior to the completion of efficacy trials through what is known as an “emergency use authorization.” The publication pointed out that “there has been growing concern that President Donald Trump will push for this with a COVID-19 vaccine to help his re-election prospects in November.”

The chief obstacles to the development and mass distribution of an effective and safe coronavirus vaccine to the world’s people are the class interests of the ruling capitalist oligarchy. The containment and eradication of the virus and the saving of lives take a back seat to utilization of the pandemic to plunder the economic resources of society and restructure class relations to further impoverish the working class.

In a rational and humane society, the issue of secrecy in the development of a life-saving vaccine, all the more in the midst of a deadly pandemic, would never even arise. All questions of personal gain or national advantage would be completely subordinated to the pursuit of a globally coordinated effort, utilizing the revolutionary gains in science and technology and the knowledge of experts in every country, to contain and ultimately eradicate the virus and provide the needed medical care and social support for all those impacted both physically and economically.

This, however, is impossible within the framework of capitalism, which subordinates all social needs to the enrichment of a parasitic elite and the pursuit of its predatory geopolitical interests. The capitalist framework of private ownership of the means of production and production for profit, along with the division of the world into rival nation states, stands as an absolute barrier to defense of basic rights, including the right to life.

The struggle against the pandemic is inseparable from the struggle for the expropriation and overthrow of the capitalist oligarchy by the international working class.

US pushes fabricated claims of Russian hacking of virus research