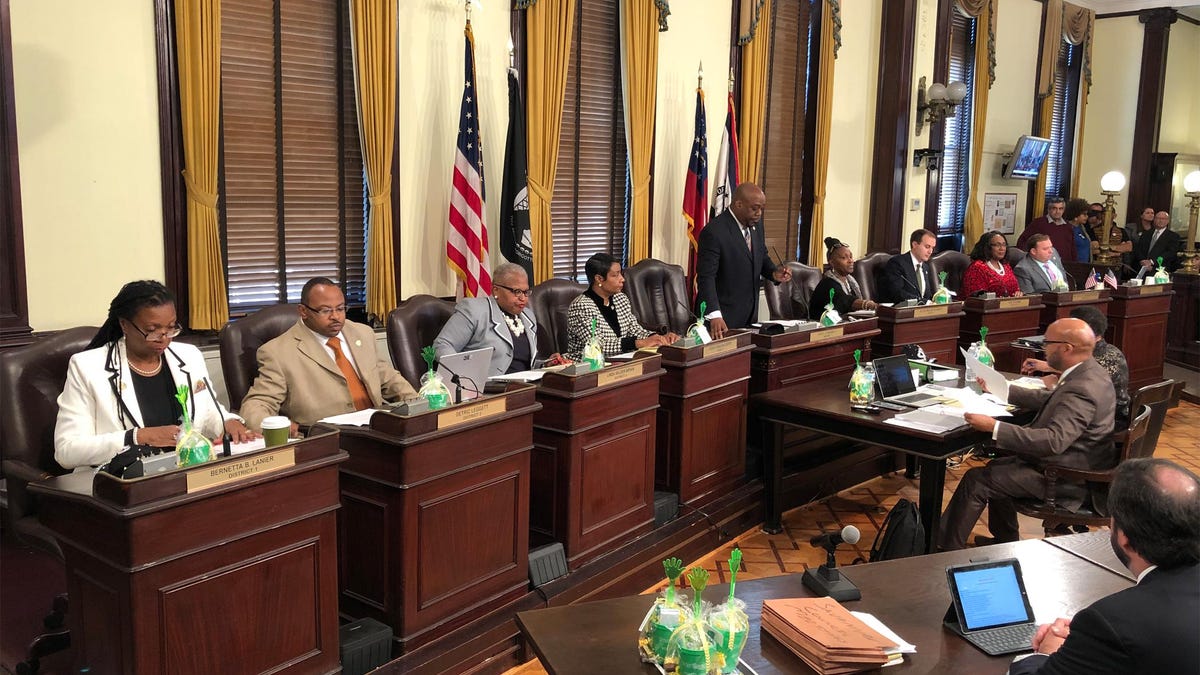 Savannah’s elected leaders faced a tough first year in office in 2020, one full of challenges, including a worldwide pandemic. Despite the difficulties there were areas of success.

COVID-19 changed the way the city conducted its public business. Council meetings and workshops moved from in-person to online using Zoom, an application to livestream and record meetings.

Residents can still sign up to speak in council chambers during meetings, or register to speak remotely using Zoom.

The positive side of moving meetings online is that it allowed more people to see their local government in action and become engaged with issues.

One council meeting per month was also moved to the evening hours to allow for more public input, checking off one of numerous goals that council set for themselves back in January at a visioning session.

The city did successfully weather the COVID-19 pandemic from a budgeting standpoint. The economic slowdown created a $13.2 million shortfall, but by cutting costs, using fund balance reserves and tapping $10.5 million from a capital fund holding account, the city finished the year without having to layoff or furlough employees.

City Council approved a balanced budget for 2021 in December.

The mayor created a number of task forces that are working on recommendations in a multiple areas including race, affordable housing and LGBTQ issues. A task force on police policies have already produced recommendations for the department that are being used, Johnson said.

An affordable housing task force is expected to release their report soon.

In perhaps the biggest disappointment of the year, the council failed to hire a city manager. Council identified and interviewed three candidates for the permanent post but could not agree on a hiring decision.

In what could be called a bit of luck, two experienced administrators stepped up to manage the city until a permanent hire could be made.

Pat Monahan became city manager following the abrupt resignation of former city manager Ron Hernandez in April 2019. Monahan, who came out of semi-retirement to work for the city that same month, stayed in the position longer than expected due in part to the pandemic.

Former city manager Michael Brown came on board when Monahan retired in October of 2020 and is currently in the position.

Some other items of note approved by council this year are third floor renovations to City Hall, an updated noise ordinance, consulting services for the DeRenne Avenue project, a resolution asking the Georgia Legislature to allow an increase in the hotel/motel tax from 6% to 8%, rules of council, and seeking requests for proposals for the fairgrounds property,

The index is done by the Human Rights Campaign and their website states that scores are based municipal services, law enforcement and the city leadership’s public position on equality. Savannah’s score went from in the 30s to 78 for 2020.

Two items that could have a big impact have gotten underway. They are community benefits ordinance and the goal of 100% renewable energy for the city by 2035. The council and mayor approved the 100% resolution in March.

The city’s clean energy efforts got a boost when council reaffirmed their commitment to clean energy use by funding staff for the Office of Sustainability in the 2021 budget. Previously the office only had one staff member.

The community benefits ordinance is still taking shape with public and stakeholder input and study of best practices. The goal would be to require some type of benefit for the community when a developer seeks city approval for projects.

The new arena project has also continued to move forward. Most of council took part in autographing the first steel beam that would be placed in the building in September. The project is on time to finish by the end of this year with a Feb. 22, 2022 opening.

Council also agreed to work towards bringing all city workers into city-owned buildings instead of leasing space. The Gamble Building is one being considered. The city has attempted to sell the Gamble Building and had two deals for the structure fall through. City council and the mayor have informally indicated a desire to not sell the building, according to Bret Bell, chief operating officer for the city.

“The current plan is to renovate for city use, as the building needs significant improvements to make functional, but council has yet to formally vote on the design or contract for those improvements,” Bell said.

A spate of shootings in the city reinforced the urgency of steps to reduce violent crime.

In an effort to reduce crime and gun violence the city will bring back a popular program, SIP, Savannah Impact. The program may end up with a new name but its goal will be to keep offenders from repeating offenses.

The police department will use a violence interrupter program as a precursor to bringing back SIP, Mayor Johnson said. Teaching job skills and providing drug abuse counseling were just some of the parts of the SIP program.

Savannah Police also made changes in policies and procedures to avoid the use of excessive force by officers. The police department also recently instituted a Behavioral Health Unit consisting of specially trained officers and medical staff who are now responding to police calls involving individuals in crisis or with substance abuse.

Another popular program from the past, the Police Athletic League, was slated to begin early in 2020 but the pandemic has delayed its start