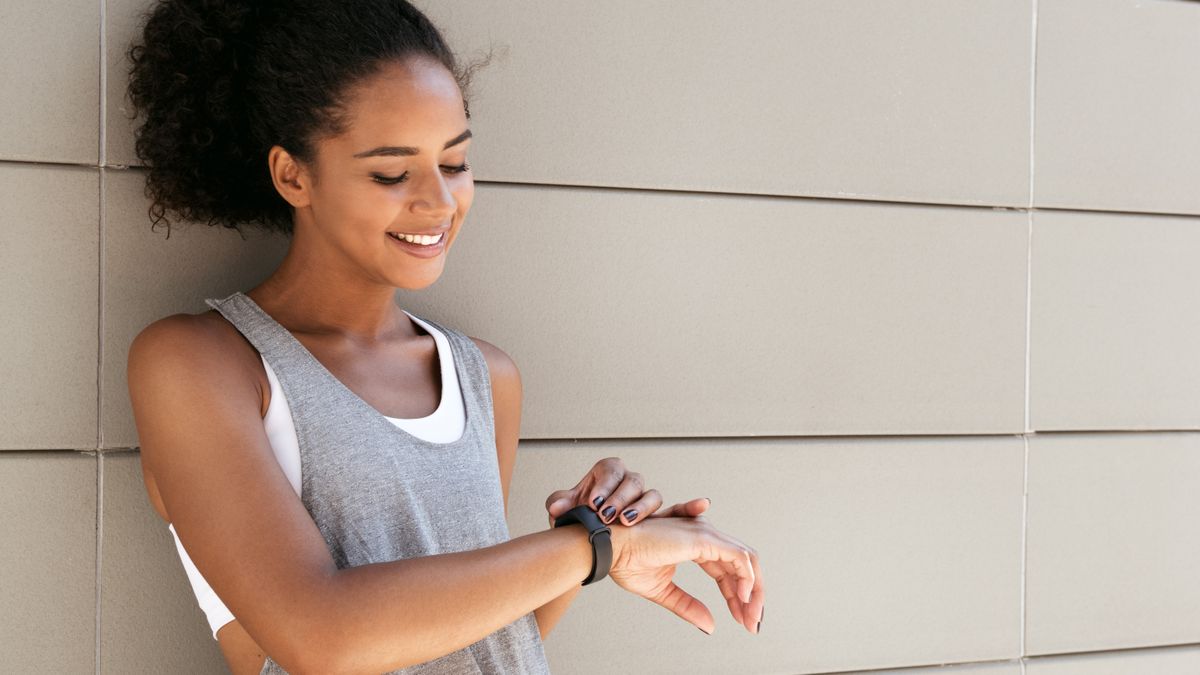 2022 looks like another year of staying local and getting outside. With so much vacation travel put on hold – and so many people finding themselves with additional free time – spending time hiking, biking, and enjoying the great outdoors has never been more appealing.

But for both beginner enthusiasts and regular athletes, accurately tracking activity can be a challenge. Knowing how far you’ve pedalled, how long you’ve been hiking for, or what your heart rate is while jogging through a park can help with training and weight loss, guiding healthy lifestyle changes, and overall motivation. And thanks to their ability to address these issues, wearables and trackers have become a nearly $20 billion dollar industry.

While wearable fitness devices aren’t new to the market – heart-rate monitors and basic fitness trackers have been available to consumers since the early 2000s – they can still be quite expensive, especially with features like GPS tracking, music storage, sport-specific modes, and solar charging. Combine the steep price tag with the current economic impact of COVID-19, and it’s easy to see why buyers are considering used and pre-owned trackers.

But is there ever a time when buying a used tracker is better than buying a new one? What are the risks? What should buyers ask before purchasing? And how should buyers evaluate whether it’s worth springing for a new tracker or if a used version will suffice?

The reason to buy a used or pre-owned fitness tracker is obvious: they’re far cheaper. Liam Howley is the CMO of Decluttr, an online company that buys, refurbishes, and sells used electronics. And according to him, consumers can expect a refurbished wearable to cost anywhere from 20 to 40 or more percent less than buying a new one.

And for buyers willing to buy directly from a third party on sites like Craigslist or Gumtree, the price can be less than half of buying new. A friend recently purchased a Garmin Vívoactive 3 for $80, which retails for $169.99 on Garmin.com.

But according to Tom Fowler, president of Polar USA, buying used comes with potentially deal-breaking risks. “You save a few bucks,” he says. “But I’d suggest that this is a fool’s argument.”

Fowler thinks that buyers planning to use their fitness tracker every day will find splurging on a new one beneficial for a few reasons, primarily, better technology. He points to the significant differences between two of Polar’s popular units: the Polar A370, introduced in late 2018, and the Polar Unite, released June 2020.

“There’s a similar price point, but completely updated hardware technology, not to mention the algorithms. The Unite is a massively better watch than the A370.”

The newest technology is generally going to function more smoothly and reliably than older models, which can be the difference between using it every day or leaving it in a bathroom drawer after the novelty has worn off.

Phil McClendon, lead product manager for consumer fitness products at Garmin, seconds that opinion. “Look at the difference between the Vívoactive 3 and Vívoactive 4,” he says, referring to a pair of devices released two years apart. “We added a new heart rate sensor, more efficient battery, better display, and tons of new software features.”

According to McClendon, Garmin’s devices have historically sampled heart rate more often than any other fitness tracker on the market and have superior battery life,. The newer devices, however, will give you advanced health and fitness features like body battery and pulse ox that are relatively new to the Garmin lineup.

Of course, on the flip side, rapidly changing technology means that products get discontinued. If you specifically like an older model or want a discontinued feature, you may have to buy a used device. “For example, Apple no longer sells the Series 4 watch,” says Howley. “But you can get a refurbished one for a great price.”

It’s also worth noting that brand new devices may not have large user bases on social channels for the first few months post-release, which can be a challenge if a buyer hopes to find a support network of other users.

Landfill waste is a growing problem – the world generated 242 million tonnes of waste in 2016 – and electronic waste is a significant contributing factor: UK landfills added 53.6 million metric tonnes of electronics in 2019.

“But refurbished is much better for the planet as it offsets some of the emissions associated with manufacturing a new product, as well as saving it from landfill,” says Howley.

While Polar and Garmin have pages on their websites dedicated to environmental responsibility and recycling programs for batteries, products, and packaging, there’s still a long way to go before electronic companies lead the charge on sustainability and carbon neutrality. Buyers trying to lower their carbon footprints and prioritize recycling might find that buying a used tracker is the more responsible option.

Con: It may be in questionable condition

While most fitness trackers are designed to be durable, especially those made for adventure sports and aerobic activity, they’re not impossible to break. Screens can crack, wristbands can fray, and components can get damaged. And aside from impact and accident, there’s a certain level of unavoidable obsolescence; even a well-cared-for watch will deteriorate over time as the battery depletes and holds less and less of a charge.

McClendon advises that battery health is hard to predict if you don’t know how the product has been used. “It’s similar to buying a used car. Was the owner commuting 10 miles each day? Hundreds of miles? If someone did full charge and discharge cycles every day, that’s a much harder use than just wearing it at the office.”

So how do you decide if it’s appropriate to buy a used tracker or not? According to DeCluttr’s Howley, the key is determining why you want a tracker and what features you plan to use. “If you’re just going to use a tracker to monitor your workouts, you probably don’t need to pay top dollar for a tracker with cellular and a ton of productivity-focused features. On the other hand, a tracker focused solely on fitness isn’t going to cut it if you want something to help you manage your day,” he says.

Fowler and McClendon agree that the answer requires deciding whether the $50 or $100 of savings amortized over a few years of use is worth it. “It really just comes down to the ability to make it your own. A new device is yours to shape and use straight out of the box, and you know the whole history. That displaces the anxiety over whether to buy a new or used one,” says McClendon. “It’s not like buying used jewelry. It needs to function.”

For buyers set on a pre-owned tracker, it’s essential to know what to look for when purchasing. “Ask how long the watch has been in use,” Fowler says. “When did the owner acquire it? Ask if they’re the first owner, and how often they used it.”

Everyone interviewed for this article also agreed that having the seller reset the device is critical before exchanging money.

“Devices record and store personal information so you’ll want the previous customer do a factory restore to remove all their personal data. Once factory settings are restored, you can customize the device to make it perfect for you by picking which widgets you want to show, the watch face etc,” says McClendon.

This article is part of TechRadar’s Get Fit in 2022 series – a collection of ideas and guides to help get your new year’s health goals off to the right start, whatever your current level of fitness.