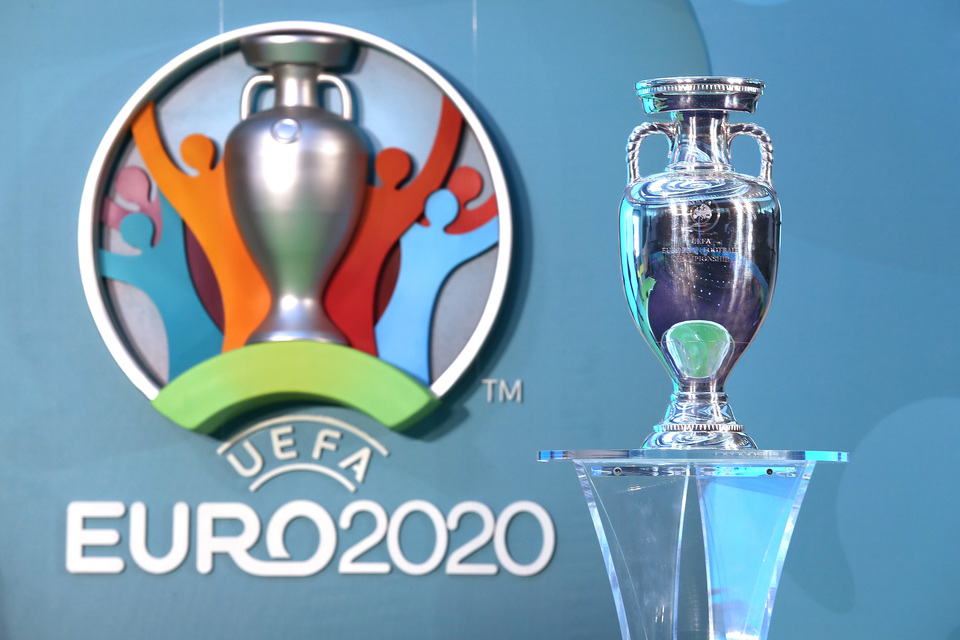 Following the opening match between Italy and Turkey in Rome last night and culminating with the final in London on 11 July, EURO 2020 will see England, Scotland and Wales at the heart of the action. 12 of the 51 matches across 11 footballing nations will be hosted at London’s Wembley Stadium and Glasgow’s Hampden Park. Wales will play their group matches in Baku and Rome.

As previously announced, the three group stage matches at Wembley Stadium will host a maximum of 21,500 fans.

Hampden Park will host 12,000 fans at its four matches, including two of Scotland’s group matches, and a round of 16 match.

EURO 2020 is a major milestone in our national recovery from the pandemic. Our ability to host 12 matches in London and Glasgow with fans is testament to the public resolutely following health guidance and the progress we’re making with our vaccine rollout.

EURO 2020 will be an event to remember and fans will be right behind our three home teams, cheering them on every step of the way.

There is a range of important information all fans should be aware of heading into the tournament, whilst the country remains under step 3 of the Government’s roadmap out of lockdown, and given the increasing spread of the Delta Variant of Concern, first detected in India:

In the latest phase of the Government trialling solutions to get spectators back safely and efficiently in greater numbers, for England’s group matches against Croatia (13 June), Scotland (18 June) and Czech Republic (22 June) at Wembley, ticket holders based in England will either need to:

The Government has worked closely with the English FA and UEFA to ensure this information has been communicated to ticket holders. More details are available on the UEFA website. These trials do not prejudge the outcome of the Government’s ongoing COVID certification review.

Face coverings will be mandatory within the stadium.

Entry requirements for matches after the group stages will be announced in due course.

Ticket holders who are travelling to attend a match are being advised that transport services and roads are likely to be busier than usual.

Rail companies have teamed up with football commentator John Motson OBE to lead the way in asking football fans and passengers to plan ahead and only travel with a reservation where possible, allow more time for their journeys, continue to use face coverings unless they are exempt and travel safely around Euro 2020.

Specific guidance on getting to Wembley can be found here.

Any fans wishing to travel to the UK to watch any of the matches have been advised only to do so if they have a ticket and are not in a red list country. They will be subject to travel restrictions and the current health requirements that will be in place in England and at their place of origin at time of travelling, including testing and quarantining. They must complete their Passenger Locator Form before travelling to the UK, which will help ensure queues are kept to a minimum. They must then complete any self-isolation periods in full before attending any matches.

Anyone that is suspected as not intending to self-isolate for the required 10 days (or 5 days with test-and-release) may be denied entry to the UK. They will be liable to Fixed Penalties of up to £10,000 if they do not comply and their ticket may be cancelled.

The Government is working closely with UEFA to ensure that direct messaging is being provided to international ticket holders on the latest guidance and regulations, which is also available on gov.uk. The Government will keep the latest travel guidance for overseas fans under review and continue to work closely with the FA and UEFA on this over the course of the tournament.

To protect public health in the UK, fans should not travel to countries categorised as ‘Amber’ or ‘Red’. The ‘Be On The Ball’ GOV.UK page provides information on restrictions and entry requirements for British fans that still intend to travel.

Fans are also advised that the red, amber and green lists could change at short notice. Travellers must ensure they have the latest information at the time of their travel and comply with appropriate regulations, including quarantine.

We have all been looking forward to Euro 2020. After a difficult few months it is a very welcome lift to the country’s spirits.

With Scotland, England and Wales all competing, and key matches at Hampden Park and Wembley, the contest will be an unforgettable one for supporters right across Britain.

Scotland’s game against England will be the highlight for many, as we see football’s oldest rivalry re-ignited. With two strong teams, it’s sure to be a great match.

I’ll be cheering on Scotland in all of their games, and I wish Steve Clarke and his squad the very best for the tournament.

With Wales’s exploits in France in 2016 still fresh in all of our minds, I’m looking forward immensely to the start of Euro 2020 this weekend.

With Wales, Scotland and England all involved, it promises to be an unforgettable summer of football for supporters right across Britain and one which can lift the spirits after a difficult year.

I hope everyone across Wales enjoys the tournament and I wish Rob Page and his squad the very best of luck for the matches ahead.

The full Euro 2020 match schedule can be found here.

Matches will continue to be held under research conditions with fans having consented to attending.