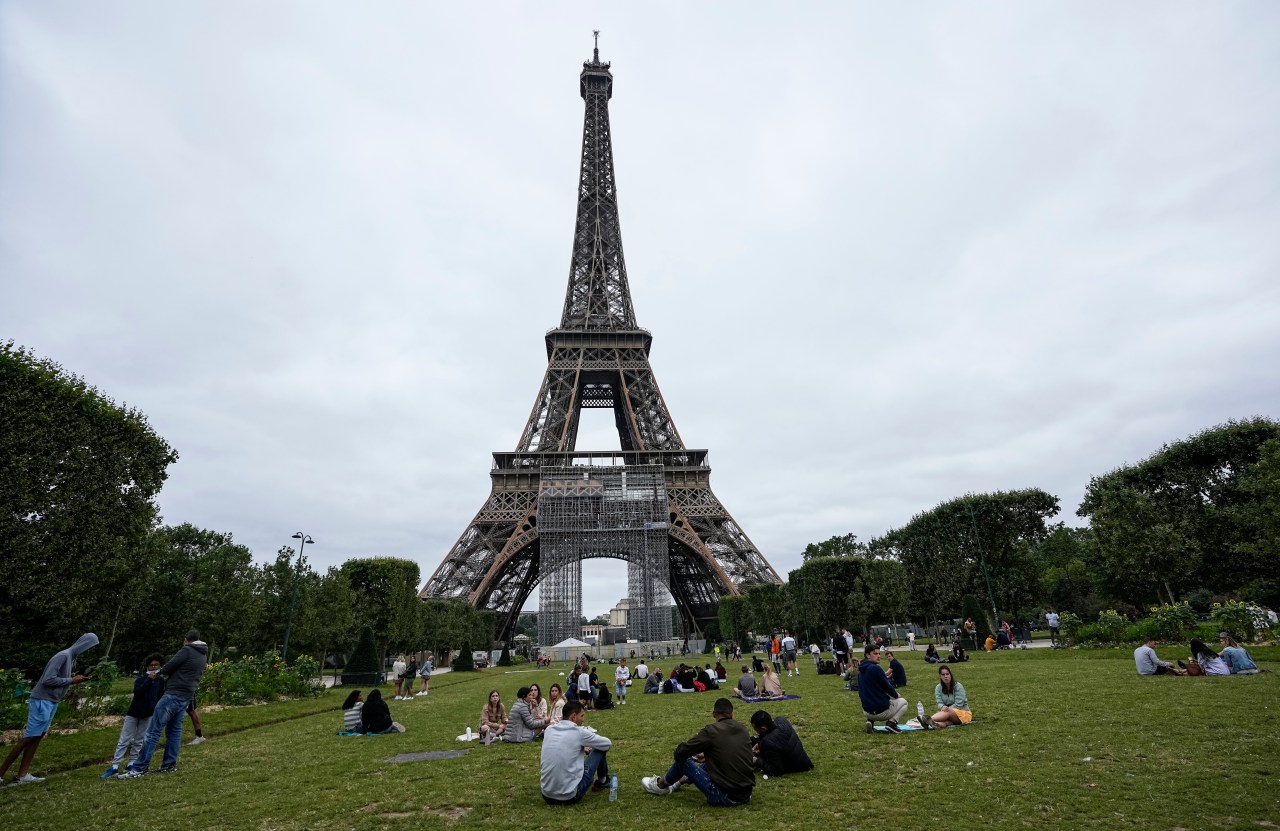 ATHENS, Greece — The island of Mykonos has become the first location in Greece to have a curfew reimposed due to a spike in coronavirus cases.

Greek authorities said Saturday that one in 10 individuals tested on the island in recent days tested positive.

The 1 a.m. to 6 a.m. curfew took effect Saturday and authorities also imposed a round-the-clock ban on music in bars, cafes and restaurants starting 6 pm Saturday. Fines for violations range up to 200,000 euros ($236,000).

The ban on music and the curfew will end on Monday, July 26, unless the government decides to extend it.

Police on the island, a high-end tourist destination, say that violations of social distancing norms had gotten out of hand recently.

Authorities say the single hotel assigned to people quarantining has overflowed and visitors who have tested positive have been camping on beaches.

MORE ON THE PANDEMIC:

— Biden grappling with “pandemic of the unvaccinated”

— Desperate for vaccines amid surge, Iranians flock to Armenia

HELSINKI — Residents in the Finnish capital were able to get coronavirus jabs without advance appointment on Saturday at four dedicated walk-in vaccination points in a one-day trial meant to lure young people in particular to get vaccinated.

Health officials in Helsinki, a city of 631,000 inhabitants, urged all those aged 16 and above, and those 12 to 15 who belong to a risk group, to get vaccinated.

“Now it’s possible to drop by and get the vaccine if you go for a walk or drive, or even in a group. We’re trying this for the first time now on Saturday and depending on the result we might offer this possibility more frequently,” said Leena Turpeinen, the city’s director of health and substance abuse.

About 65% of adult Helsinki residents have received their first coronavirus jab so far, slightly more than the respective figure in entire Finland, a nation of 5.5 million, officials said.

LONDON — Britain’s health minister says he has tested positive for the coronavirus and is experiencing mild symptoms.

Health Secretary Sajid Javid says he has tested positive with a rapid test and is self-isolating as he awaits the results of a more accurate PCR test.

Javid said Saturday, “I’m grateful that I’ve had two jabs of the vaccine and so far my symptoms are very mild.”

Cases of the virus are surging in the U.K., driven by the highly infectious delta variant, despite a high level of vaccination.

PARIS — France will allow international travelers who have had AstraZeneca’s Indian-manufactured vaccine into the country starting Sunday.

At the same time, France is tightening border checks to control the spread of the delta variant and protect hospitals, according to a statement from the prime minister Saturday.

The move to accept visitors vaccinated with AstraZeneca’s vaccine made by India’s Serum Institute came after global outcry over the fact that the European Union’s COVID-19 certificate only recognizes AstraZeneca vaccines manufactured in Europe. Several other EU countries already accept the Indian version. France still does not recognize vaccinations by Chinese or Russian vaccines, only those authorized by the EU medicines regulator.

Tunisia, Indonesia, Cuba and Mozambique have now been added to France’s “red list” of countries with high virus risk, according to Saturday’s statement.

LONDON — Tourists and the travel industry are venting frustration and anger after Britain reversed a plan to ease travel restrictions on France just two days after the change was due to start, citing concerns about a variant of the coronavirus.

The U.K. government says people arriving from France must self-isolate for 10 days on entering Britain, even if they are fully vaccinated.

The announcement came just days after the government said fully vaccinated U.K. residents will no longer face quarantine starting Monday when arriving from European Union nations and dozens of other countries.

British health authorities say France is being singled out because of cases of the beta variant, which is believed to be more resistant to vaccines than other strains.

They are using a carrot-and-stick approach to persuade those who are reluctant to get their shots as the more transmissible delta variant drives a surge in infections.

Greece became the latest to enact new restrictions on Friday. The country is requiring proof of vaccination or recent recovery from COVID-19 for access to indoor restaurants, cafes, bars and movie theaters. Children can enter with negative tests.

Some European countries like France and Greece have also introduced mandatory vaccinations for certain professions.

YEREVAN, Armenia — A surge of new coronavirus infections in Iran fueled by the fast-spreading delta variant has threatened to overwhelm hospitals.

Thousands of Iranians are taking matters into their own hands and flocking to neighboring Armenia as the urgency of vaccination grows.

Vaccine uptake has remained sluggish in the ex-Soviet Caucasus nation amid widespread vaccine hesitancy. Authorities have been doling out free doses to foreign visitors.

That has been a boon for Iranians afraid for their lives and sick of waiting. Iran has the highest COVID-19 death toll in the Middle East, less than 2% of the country’s 84 million people have received both doses. But the trip has become so popular for Iranians that the price of the journey is soaring.

BANGKOK — Thailand has tightened coronavirus restrictions and warned of further measures as daily cases surpassed 10,000 and the death toll hit a record 141 despite an overnight curfew in Bangkok and several other provinces.

The surge since April has overwhelmed hospitals, strained the economy and thrown tourism recovery plans in doubt.

The vaccine rollout, hindered by supply problems, is slugging with some 5% of the population fully vaccinated and 15% only partially.

Cases have been climbing particularly in Bangkok and surrounding provinces.

The government imposed additional measures overnight including a ban on any gatherings and activities that can spread the virus, including anti-government rallies that have criticized Prime Minister Prayuth Chan-ocha’s handling of the pandemic.