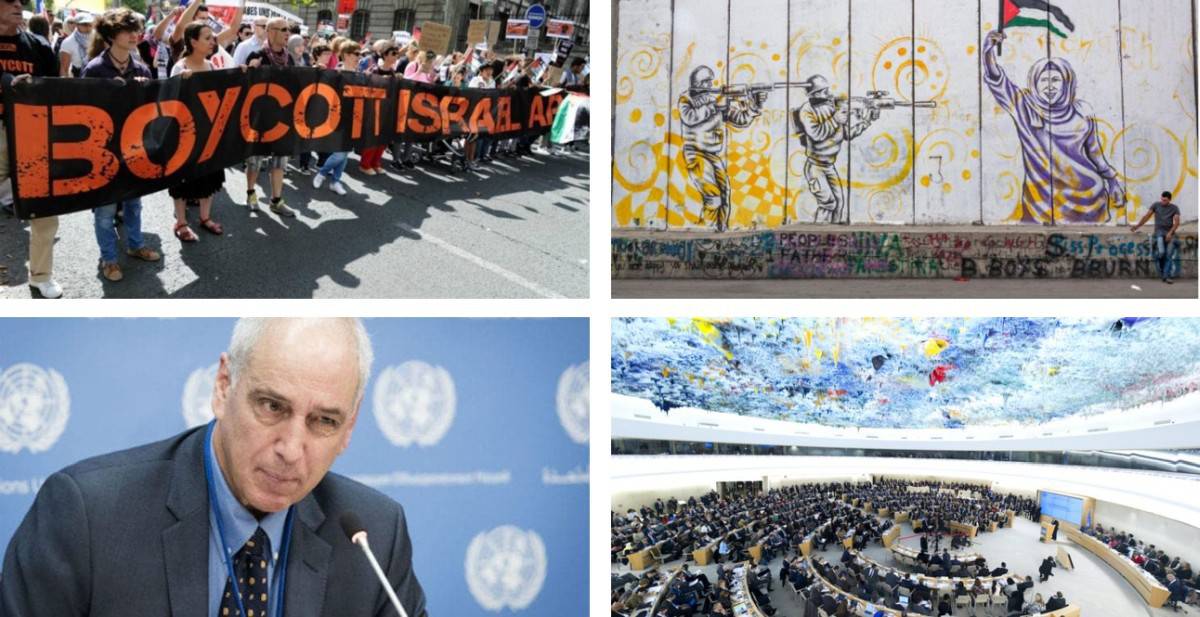 Iran, Saudi Arabia, Pakistan and Belarus were among member states of the UN’s 54-nation Economic and Social Council that voted to single out Israel as the only country in the world to be rebuked this year for allegedly violating women’s rights.

The UN resolution accused Israel of being a “major obstacle” for Palestinian women “with regard to the fulfillment of their rights” and “their advancement, self-reliance and integration in the development of their society.”

UN Watch’s protest sparked outrage in Uruguay, one of the countries that supported the resolution, and this led to the country’s foreign minister apologizing for the vote—and actually firing his director-general. Since then, Uruguay has changed a number of its UN votes in favor of Israel. 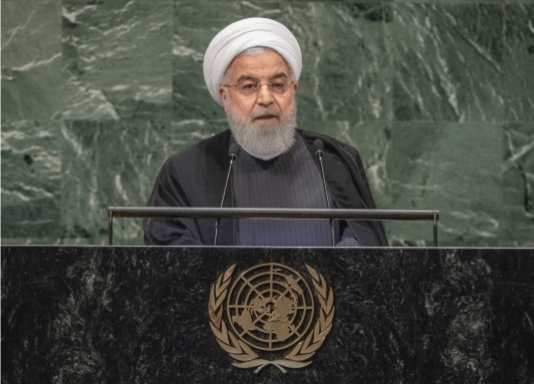 Deviating from its focus on the global response to the coronavirus pandemic, the annual assembly of the UN’s World Health Organization held a four-hour session focused on Israel, which saw itself condemned in speeches by 30 delegations including Iran, Syria, North Korea, Cuba, Malaysia, Lebanon and Venezuela, for allegedly violating the health rights of Palestinians as well as the Druze population in the Golan Heights.

The session concluded by adopting a resolution, co-sponsored by Syria, Cuba, Turkey, Qatar and the Palestinian delegation, requiring the WHO to hold the same debate at next year’s assembly, and to prepare another report on the “Health conditions in the occupied Palestinian territory, including east Jerusalem, and in the occupied Syrian Golan.”

UN Watch exposed the lies, and was cited in The Algemeiner and YNet News. 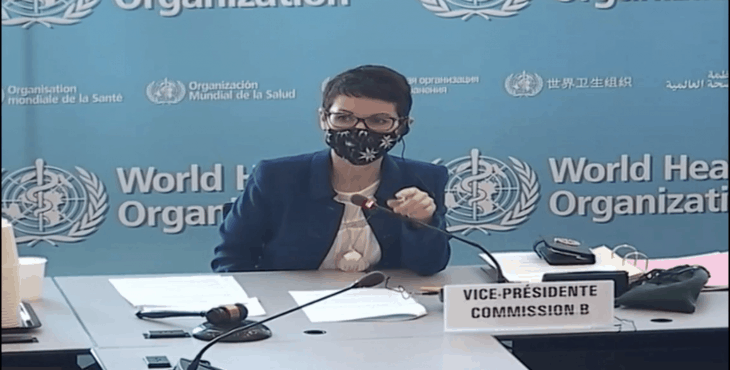 Since 1977, the UN’s “International Day of Solidarity with the Palestinian People” has provided an annual opportunity for the PLO and its supporters to target Israel. This year, due to the coronavirus pandemic, the propaganda spread far beyond the confines of the UN’s New York headquarters with the launch of a virtual exhibit that deployed inflammatory and misleading imagery, took source material from an antisemitic website, and used distorted quotes. 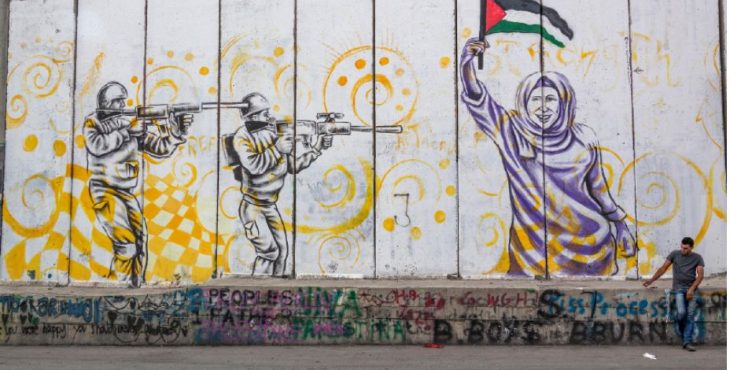 The UN’s Palestinian division made Neturei Karta—a fringe group of extremist Jews who advocate the destruction of Israel and attend Holocaust denial conferences in Iran—its defining image when it posted the below as its cover photo on both its Facebook and Twitter pages.

In an open letter, UN Watch called on the UN Secretary-General to disavow the hateful social media image and to fire the UN employee responsible for posting it. The image was eventually changed. 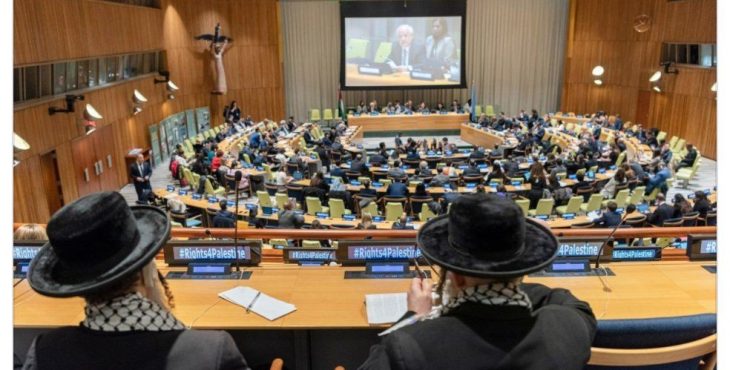 The UN’s Special Political and Decolonization committee adopted a resolution that referred to Jerusalem’s Temple Mount solely by its Muslim name of Haram al-Sharif.

The UN thus showed contempt for both Judaism and Christianity by passing a resolution that made no mention of the name Temple Mount, which is Judaism’s holiest site, and which is sacred to all who venerate the Bible, in which the ancient Temple was of central importance.

UN Watch was first to expose the bigoted action, and was quoted in The Times of Israel and The Algemeiner. 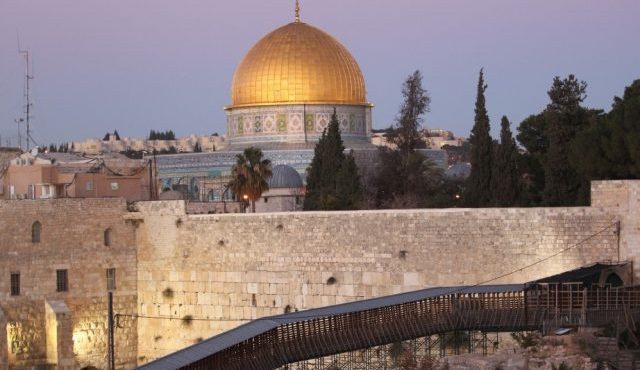 UN Watch sent two written submissions for the March 2020 session of the UN Human Rights Council, but they were not published. The UN human rights office refused to identify any specific problems with the submissions, saying only that written statements must be relevant to the work of the Human Rights Council.” UN Watch filed a complaint with UN chief Antonio Guterres. 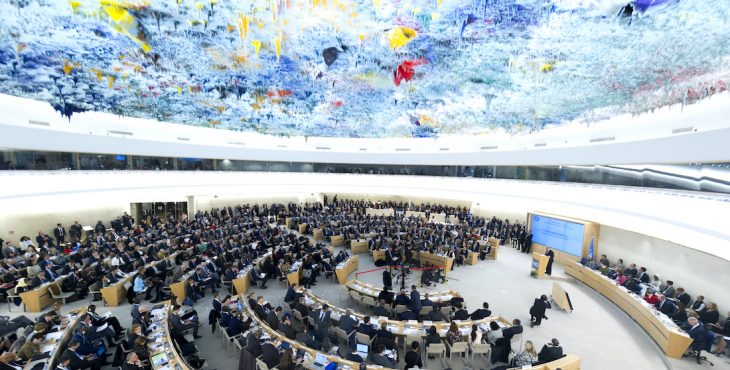 Despite being delayed in late February by the coronavirus pandemic, the UN Human Rights Council’s 43rd Session reconvened on June 15th to hold a special debate against Israel, under the only agenda item that targets a specific country. There was no agenda item on Syria, North Korea, China, or any other country. Only Israel. A few days later, the council voted to condemn Israel in five one-sided resolutions, the texts and voting sheets of which can be found in the new UN Watch Database.

Dictatorships and groups like Amnesty and Human Rights Watch met again in 2020 to excoriate Israel in debates held under Agenda Item 7 in the 44th Session on July 16th, and in the 45th Session on September 30th.

UN Watch played a leading role in countering the vitriol in powerful speeches and written statements, and on social media—including this tweet which went viral. 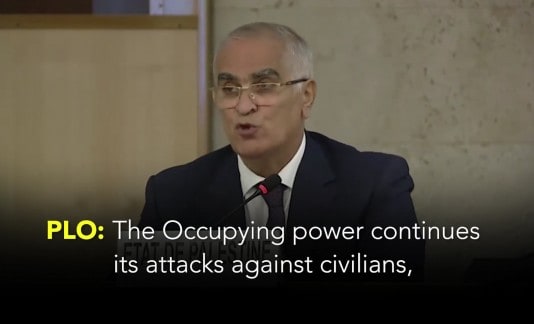 Yet contrary to what his title says, Lynk issued 15 press releases in 2020—and every one targeted Israel alone. None focused on abuses by Hamas or the Palestinian Authority.

For example, Lynk said nothing in June when the PA arbitrarily arrested Palestinians who said they would prefer to live under Israeli rule, in an Israeli TV news report. Likewise, in December, he ignored Hamas’ ban on Muslims attending Christmas celebrations in Gaza. 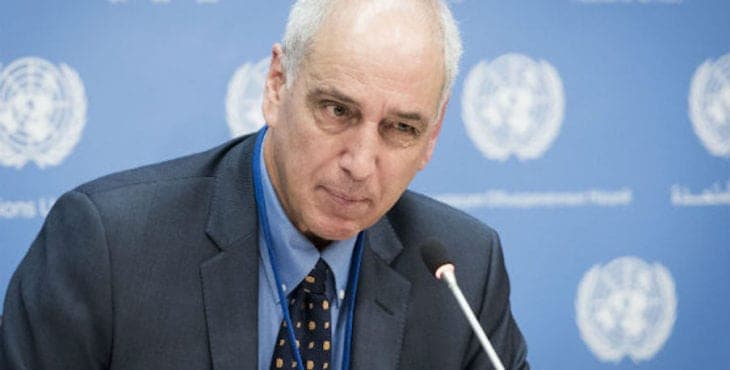 2. UN General Assembly Condemns Israel in 17 Resolutions, 6 on Rest of the World Combined

The United Nations General Assembly concluded the year 2020 by adopting 17 resolutions singling out Israel—and 6 on the rest of the world combined.

The one-sided texts condemned Israel (but not Hamas or the Palestinian Authority) for alleged violations of human rights and international law, accused Israel of oppressing the Palestinians as well as the Druze residents of the Golan Heights, and renewed the mandates of UNRWA—which perpetuates Palestinian refugees and incites against Israel—and of two UN entities devoted to Palestinian propaganda.

In response, UN Watch has launched a unique digital platform to track UN bias and dictatorships on key UN bodies, with petitions in numerous different languages that empower our followers worldwide to take action and lobby their foreign ministers.

In December, at the initiative of MK Michal Cotler-Wunsh, the Knesset Foreign Affairs and Defense Committee held an urgent meeting to hear from Hillel Neuer about the UN assault on Israel. Click for video. 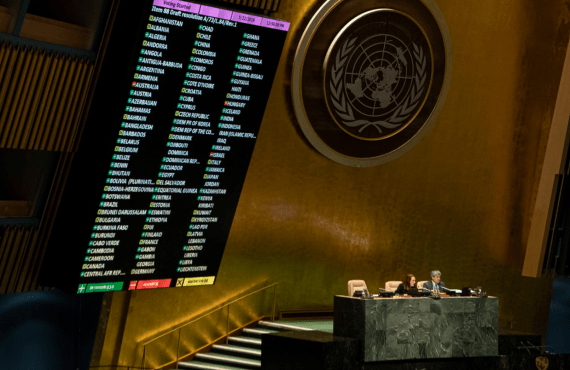 When the UN Human Rights Council published a blacklist of companies that do business in Israel’s disputed regions, the UN suddenly became ground zero for BDS—the global campaign to boycott, divest and sanction Israel, and undermine its right to exist. UN Watch fought back, calling out the UNHRC’s hypocrisy and its disregard for true human rights issues.

While the UN was preparing the blacklist, UN Watch published a detailed legal critique, a resource tool for many that was praised by the Israeli Foreign Ministry as the authoritative “Guide to the Perplexed” on the subject. Doing business in disputed territory is not and never has been a violation of international law, our analysis demonstrated.

In February, when the UN blacklist was finally released, UN Watch immediately sent out a press release with counter-arguments that were reported in U.S., Australian and Israeli media.

In June, when the blacklist was presented before the Human Rights Council, UN Watch was the only NGO to submit a written rebuttal, which appeared in the official documents circulated to all UN delegates, as A/HRC/43/NGO/108. 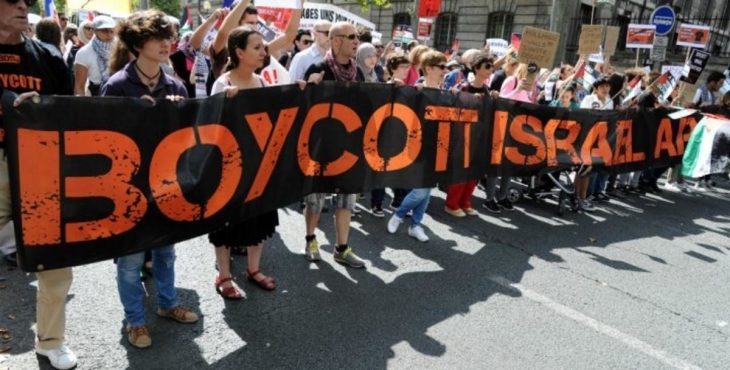