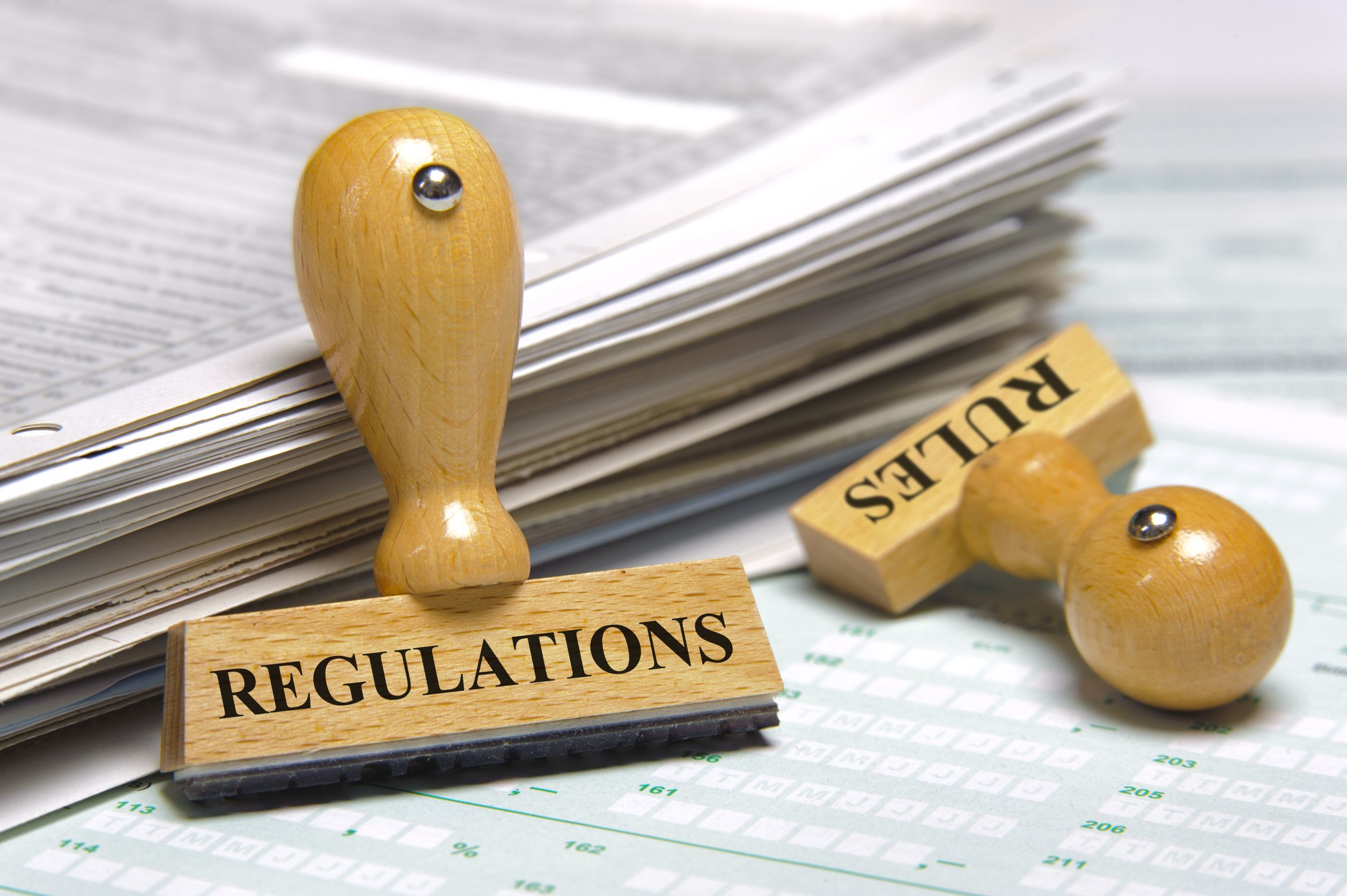 This is the second installment of a two-part look at the top 10 insurance regulatory developments of 2020 by attorneys at Locke Lord. The first part on Jan. 22 covered COVID-19, Insurtechs, Data Privacy, Race Equality and Pharmacy Benefit Managers. Here they look at Antitrust, Captives, Service Contracts, Travel Insurance and Surplus Lines.

After more than eight years of contentious multi-‎district antitrust litigation between the Blue Cross and Blue Shield Association (“BCBSA”), its 36 ‎member insurance plans (“BCBS Member Plans”) and their policyholders, regarding restrictions on competition among BCBS Member Plans, the parties finally ‎came to a tentative settlement in the fall of 2020, including a $2.7 billion restitution fund to injured plaintiffs. And ‎while that cash settlement is quite large, it is the non-momentary relief that may have a much larger ‎lasting impact on the industry. ‎

The five key provisions of the proposed ‎injunctive relief are: ‎ (1) the abolition of the national “Best Efforts” clause in BCBSA’s past and future license ‎agreements for the member plans, which currently restricts their ability to generate ‎revenue using non-BCBSA brands (i.e., Green Plans); ‎ (2) the ability for certain qualified national accounts (generally those with over 5,000 ‎employees) to obtain a second Member Plan bid, which will create increased choice for ‎such accounts (and has the potential to result in two bids from BCBS Member Plans for ‎qualified national accounts covering at least 33 million individuals); ‎(3) the ability for all qualified national accounts with multiple headquarters with ‎independent decision-making authority to request a bid from the BCBS Member Plan in ‎each headquarters’ service area for employees working at that location; ‎(4) restrictions on BCBSA’s ability to control—through BCBS Member Plan voting—‎whether any individual Member Plan may be acquired by another Member Plan; and (5) the ability for self-funded accounts to directly contract with non-provider vendors ‎and specialty service provider vendors.‎

Of the above, the elimination of the national “Best Efforts” clause will likely have the biggest impact of the health insurance sector in 2021. Larger BCBS ‎conglomerates such as Anthem Health Care Service Corporation (“HCSC”), Cambia ‎Health Solutions and Highmark can now compete directly in all 50 states against other ‎BCBS Member Plans, so long as the BCBS brand is not used. This will likely directly lead to ‎increased competition, either through direct growth or through acquisition of non-Blue ‎plans in markets currently dominated by a BCBS Member Plan.‎

In the second change to the McCarran-Ferguson Act since its adoption in 1945 (the first and only prior change was the 1999 Gramm-Leach-Bliley Act), Congress repealed the antitrust immunity protection for the business of health insurance through its passage of the Competitive Health Insurance Reform Act of 2020 (H.R. 1418) in December 2020. If the President endorses this bill, health insurance companies and health maintenance organizations will no longer enjoy freedom from the federal, primary antitrust laws, the Sherman Act and Clayton Act. Life and property and casualty insurance companies would not be affected by H.R. 1418.

In a rare captive insurance company tax-related case to reach the Supreme Court, the Court heard oral arguments in late 2020 regarding the ability of taxpayers to challenge the Internal Revenue Service’s Notice 2016-66, as later modified by Notice 2017-08. In these notices, the Internal Revenue Service declared that certain arrangements involving small captive insurance companies qualified under Internal Revenue Code section 831(b) were “transactions of interest”, indicating their potential inappropriate use for federal income tax purposes and required that owners and service providers report information about their captive insurers’ operations. Captives qualifying under section 831(b) may receive no more than $2.2 million of annual insurance premiums and are taxed only on their investment income, not on their insurance premiums. The IRS continued its focus on such captives in 2020, announcing that 12 new examination teams were expected to audit taxpayers for participating in these micro-captive insurance transactions.

CIC Services brought an action against the IRS in 2017 challenging the IRS’s notices on the grounds that the IRS did not follow the federal administrative procedures action (“APA”) and accord these notices a public review and comment opportunity. The IRS won the case at the lower levels on the basis that the federal Anti-Injunction Act prohibits lawsuits brought for the “purpose of restraining the assessment or collection of any tax.” The Supreme Court accepted CIC Services’ appeal, and the outcome of this case will have a significant impact on the IRS’ ability to issue future taxpayer compliance notices.

In Johnson & Johnson v. Director, Division of Taxation, the New Jersey Supreme Court held that Middlesex Assurance Co. Ltd., a Vermont domiciled captive insurer owned by J&J, did not have to pay self-procurement insurance taxes to New Jersey, J&J’s principal place of business state, based on insured risks located outside of that state. Following the effectiveness of the federal Nonadmitted and Reinsurance Reform Act (“NRRA”) in 2011 pursuant to the Dodd-Frank Act, the New Jersey Legislature amended its insurance premium tax laws to implement the NRRA’s “home state” rule. However, while New Jersey applied such revisions to it surplus lines insurance law it failed to apply such revisions to self-procured insurance. Recognizing this error, J&J sought a refund of nearly $56 million of self-procurement tax it had previously paid to the New Jersey. While the Division of Taxation initially denied J&J’s refund request, which the New Jersey Tax Court affirmed, the New Jersey Appellate Court ultimately reversed the lower court’s decision, and the New Jersey Supreme Court affirmed.

The interplay between the NRRA’s home state rule for surplus lines insurance and a state’s ability to tax premiums for self-procured insurance is likely to continue in 2021 given the potential large premium tax dollars at issue in some situations and we would expect to see similar challenges in a number of other states that have failed to update their applicable self-procurement statutes to take advantage of their rights under the NRRA to tax such placements.

Despite insurance laws and regulations having existed for many decades, the question of whether a particular contract constitutes one of insurance arises almost every year, particularly as traditionally non-insurance businesses seek to incorporate risk protection elements into their core products or services, and 2020 was no different in this regard.

In addition to their own COVID-19-based travel insurance denial of coverage litigation, several travel insurance companies and, in some cases, their airlines and other travel business partners, became the subject of a barrage of lawsuits in 2020 based on various state law consumer deception, unjust enrichment and wrongful sale of non-public personal consumer information theories related to compensation paid by these travel insurers to their marketing partners that helped facilitate sales of trip insurance.

For the most part, the crux of these actions claim that the travel business partners that enabled consumers’ purchase of travel insurance coverage under group insurance policies issued to the airlines through their websites where air travel ticket sales also occurred had received marketing fees that were illegal kickbacks and breaches of a duty to disclose to consumer purchasers that the airline companies received compensation from the insurers. While many of these lawsuits were dismissed, Delta Air Lines Inc., JetBlue Airways Corp., American Airlines Inc., United Airlines Inc., Alaska Airlines Inc. and Amtrak entered into a $26 million settlement in November 2020 to resolve claims that the companies induced customers to buy travel insurance without disclosing that the airlines and Amtrak received compensation as part of the deal.

Compensation arrangements between insurance companies and businesses or other permissible holders of group insurance policies, like professional associations, have long been challenging to structure in a regulatory compliant manner because of certain states that have cling to antiquated anti-commission sharing laws that prohibit insurers (and insurance agents) from paying marketing compensation based on successful sales of insurance to persons not licensed as an insurance producer.

Most, but not all, states allow such compensation as long as the unlicensed person has not crossed the line in the marketing arrangement of soliciting the purchase of insurance, which requires an insurance producer license. In states where these anti-commission sharing laws remain, oftentimes the compensation paid by insurers to unlicensed marketing partners is structured in a work-around manner as an access to potential customer fee or a license fee to us the unlicensed person’s trademark, but if the fee is indirectly based on insurance sales, there may still be some insurance regulatory compliance risk exposure. The rise of insurtech business models involving unlicensed persons facilitating insurance sales is likely to increase the spotlight on these issues.

There are also ambitious plans as to the regulation of surplus lines group placements and alien trust fund requirements in the works. The NAIC Surplus Lines Task Force (“Task Force”) formed a drafting group to review‎ the NAIC Nonadmitted Insurance Model Act (Model 870) ‎‎(the “Act”). The Task Force’s recommendations included addressing the ambiguity of treatment regarding group surplus lines insurance policies. In particular, the NRRA defines “home state” as (i) the state in which an insured maintains its principal place of business or, in the case of an individual, the individual’s principal residence; or (ii) if 100 percent of the insured risk is located out of the state referred to in clause (i), the state to which the greatest percentage of the insured’s taxable premium for that insurance contract is allocated. With respect to group insurance policies, however, the ‎NRRA specifically addressed how to ‎determine the principal place of business of an affiliated group, but does not address how to determine the home state of an unaffiliated group (including but not limited to policies issued through a risk purchasing group or by a risk retention group). As such, it is not always clear whether a state where a group member resides will accept admitted market declinations obtained in, or surplus lines premium taxes paid to, solely the master policyholder’s home state.

We are also seeing a trend away from the diligent search requirement, as the U.S. Virgin Islands now only requires declinations from two admitted insurers for homeowners’ insurance coverage, one declination in connection with small commercial P&C coverage, and no diligent search is required with respect to the placement for large commercial property and casualty insurance coverage (defined as premium in excess of $35,000). In addition, on September 24, 2020, the National Council of Insurance Legislators adopted the Private Primary Residential Flood Insurance Act (the “NCOIL Flood Act”). The NCOIL Flood Act, among other things, provides that a state’s diligent effort law shall not apply to flood insurance until the applicable state commissioner certifies that there is an adequate market among authorized, admitted insurers for private flood insurance. South Carolina has already passed Senate Bill 882 waiving the diligent search requirement as to flood insurance, and it remains to be seen what other states will adopt such surplus lines diligent effort provisions.